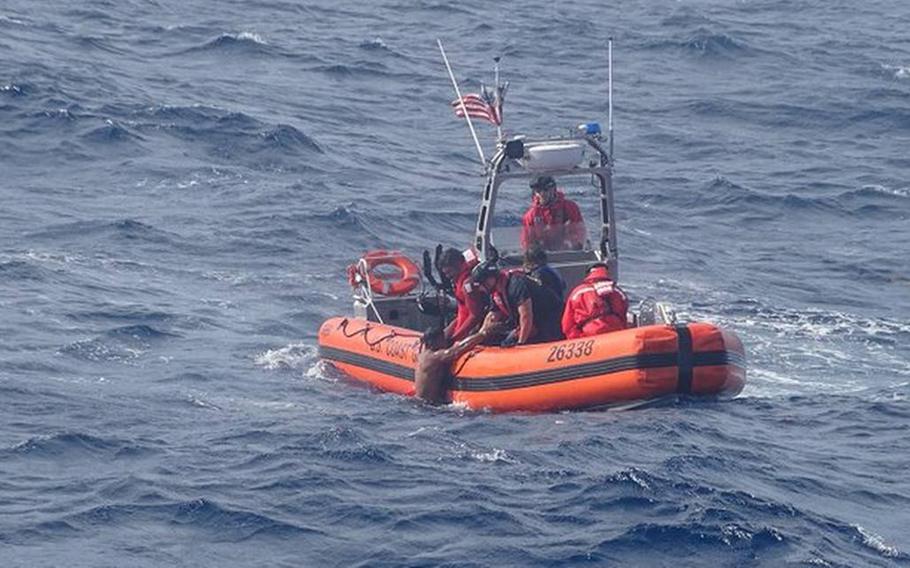 MIAMI (Tribune News Service) — The search for people from Cuba attempting to migrate to the U.S. in a boat that capsized 50 miles off Little Torch Key has been suspended, the U.S. Coast Guard announced Monday night.

The death toll in the tragedy is now 10.

The agency said the crew of the Coast Guard Cutter Pablo Valent rescued nine people and found one body on Saturday. Five more bodies were found on Sunday and Monday by Coast Guard crews.

The Coast Guard said survivors told the crew they saw four people "immediately drown" when the boat capsized, which is the number of people for whom the Coast Guard searched.

That was the second of two boats filled with migrants from Cuba, one of them told the Coast Guard after he was rescued at 9:30 a.m. Saturday by a boater who notified the agency.

The person said the first boat "with a large group of people" left Havana by the Playa de Jaimanitas beach on Nov. 13. He survived when it capsized. Nobody else did. He was picked up by another boat that had 18 Cuban migrants. Some of them had life jackets.

"Very rarely do we see people on these illegal voyages wear safety equipment," said Coast Guard Cmdr. Richard Armstrong, Sector Key West's deputy sector commander. "And, that certainly saved their lives in treacherous sea conditions. Our condolences go out to the family and friends of those who are presumed lost at sea."