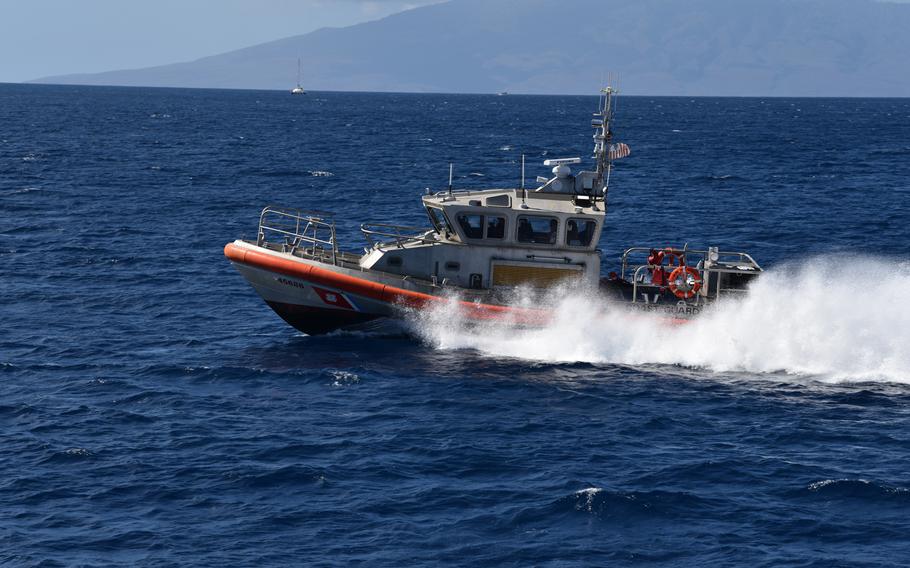 NATIONAL PARK, N.J. — Rescue crews from New Jersey and Pennsylvania as well as the U.S. Coast Guard have been searching the Delaware River between the two states for two missing boaters over the weekend.

State police and Coast Guard officials said a 19-foot recreational vessel capsized in the river just before 3 p.m. Saturday, sending three people into the water. One boater was rescued near the former Sunoco Eagle Point Refinery but the others remained missing, officials said.

Sgt. 1st Class Christopher Jones of the New Jersey state police told WPVI-TV that a storm that had rolled through the area earlier with wind gusts to 30 or 40 mph could have been a contributing factor in the accident. He said hypothermia was a major concern with air temperatures "probably somewhere in the low 40's."

Family and friends huddled for warmth near Red Bank Battlefield Park as Coast Guard, marine units from both states and multiple fire departments from New Jersey and Philadelphia deployed into the river.