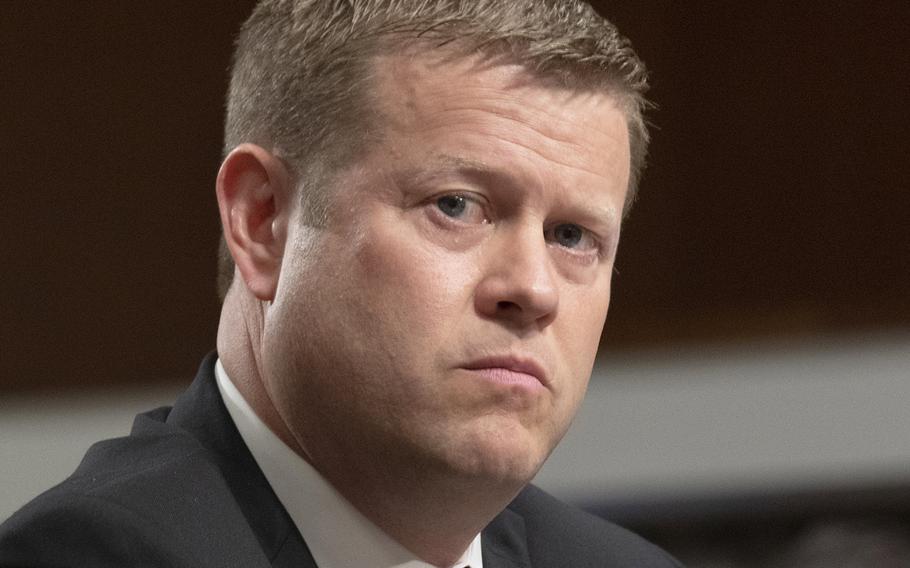 WASHINGTON — Ryan McCarthy, who has served as the acting Army secretary for two months, was confirmed Thursday as the service’s top civilian by a voice vote of the Senate.

McCarthy, 46, was nominated for the job by President Donald Trump in June. For more than two years, McCarthy served as the undersecretary of the Army. A former Army Ranger and combat veteran, he served with the 75th Ranger Regiment in the invasion of Afghanistan in 2001.

The Senate vote approving McCarthy came two weeks after his Senate Armed Services Committee confirmation hearing. Mark Esper had been the Army secretary before being selected as the defense secretary in July.

McCarthy will face challenges as the Army’s top civilian leader.

A key inquiry raised by Sen. James Inhofe, R-Okla., chairman of the Armed Services committee, to McCarthy during his confirmation hearing was the recent troubles of the Army’s active-duty recruitment effort.

“The Army has changed its marketing strategy,” McCarthy said at the time.

McCarthy also said the Army is competing with a strong U.S. economy that would deter prospective civilians from military service. He also explained the Army has placed much more emphasis on digital marketing to reach a broader audience as well as continuing partnerships with civic leaders to market Army service in schools and communities.

McCarthy’s confirmation is the latest effort to fill several vacancies of top leaders at the Pentagon.

The Senate on Thursday also confirmed Gen. John Hyten to be the vice chairman of the Joint Chiefs of Staff. However, Barbara Barrett, the nominee for Air Force secretary, remains unconfirmed. Her confirmation will have to wait until a potential Senate vote can be taken when the upper chamber returns in October from a two-week recess.