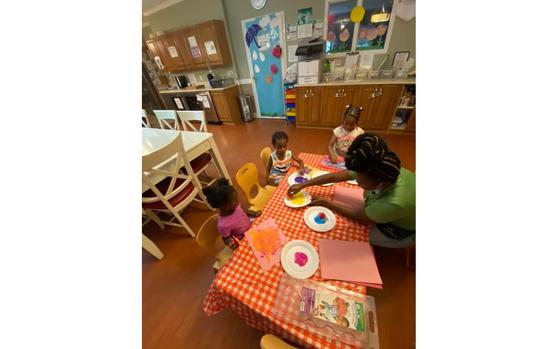 Why Fort Jackson became home to the Army’s only around-the-clock, child care center
Since the Pentagon’s child care report was released in April 2020, each of the military services has grappled with improving access and availability, while maintaining a standard of care. 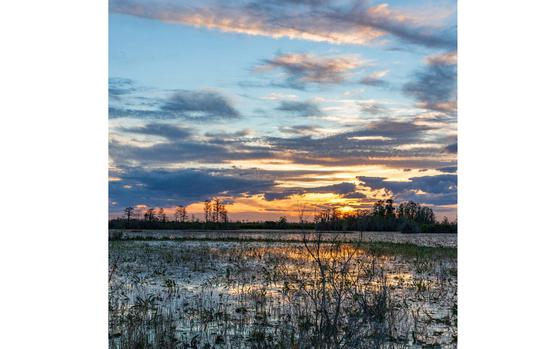 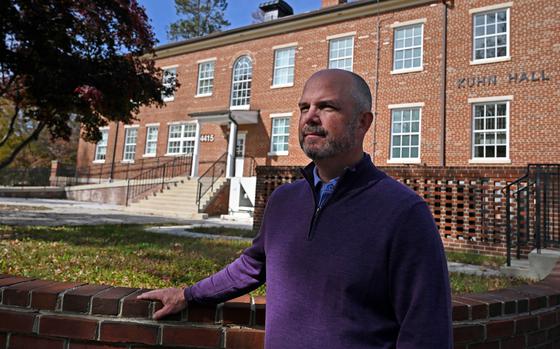 ‘A place to begin to heal’: Fort Meade opens a resiliency center for those who bear the weight of secret, stressful missions
The Education and Resiliency Center will serve as a hub for the wellness and mental health services available for those on the sprawling installation. 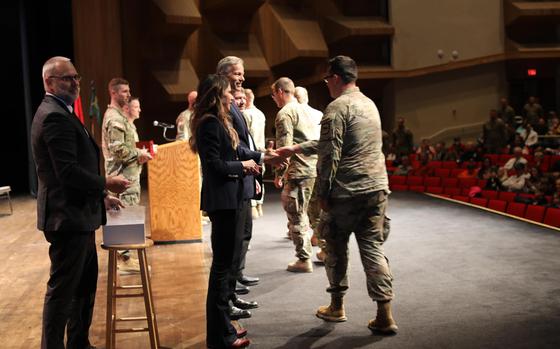 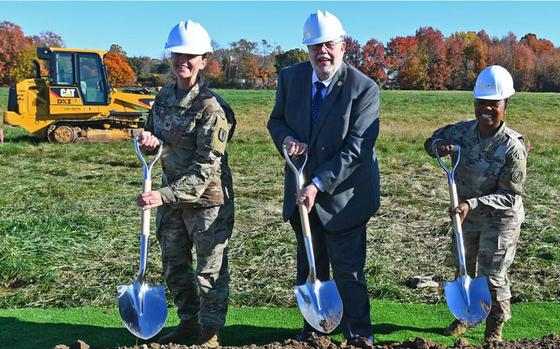 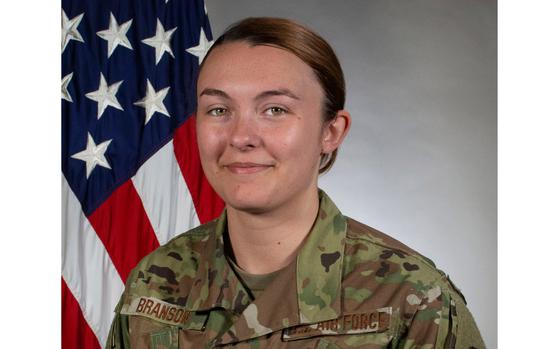 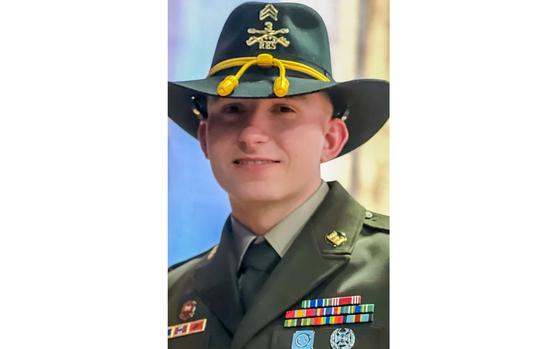 Reward offered for information on Fort Hood soldier killed in hit-and-run accident
Investigators are looking for a silver or dark gray 2004 to 2008 four-door Acura TL in connection to the death of Sgt. Jesse Cruz, who died following a motorcycle accident that occurred at about 12:40 a.m. on Aug. 13 in southwest Killeen. 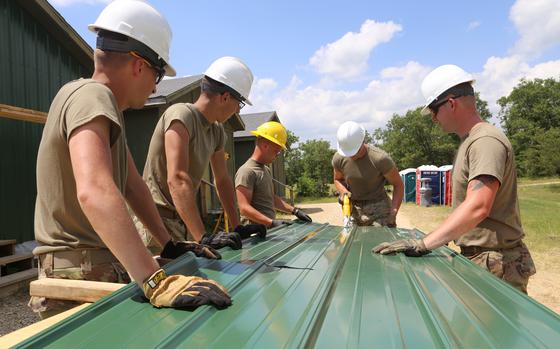 Hawaii officials, activists voice concern over Army's Pohakuloa training site
The Army is hoping to maintain the Pohakuloa Training Area on Hawaii island as its 65-year lease on a parcel of state land that makes up a key part of the range nears expiration. 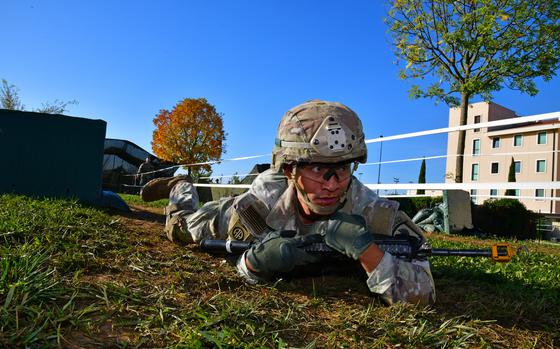 US soldiers in Italy vie for coveted expert badges
More than 1,300 service members practice for weeks in Vicenza before taking grueling tests. Less than half pass them. 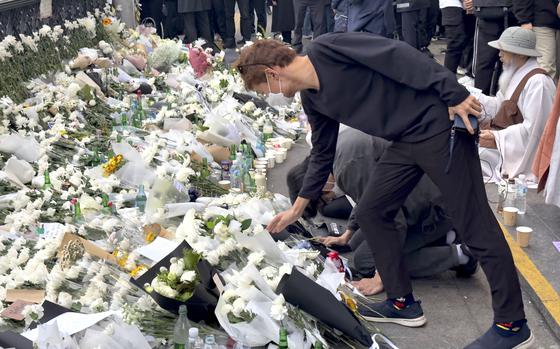 South Korean general thanks US troops for rescuing civilians in Itaewon crowd surge
Gen. Kim Seung Kyum, chairman of the Joint Chiefs of Staff, expressed his “profound gratitude” toward the U.S. service members “for their act of valor in saving the lives of 30 Korean civilians.” 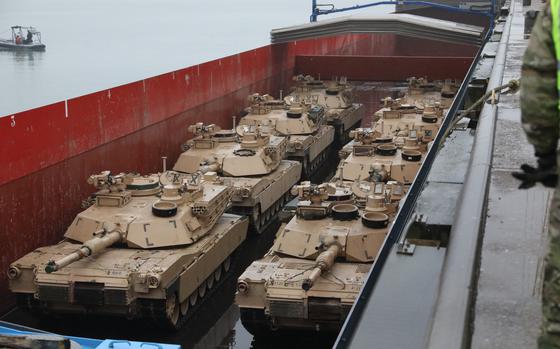 Troops from Fort Carson, Fort Hood and Hunter AAF tapped for deployments to Europe
The deployments will keep American troops levels at about 100,000 — up about 20,000 American service members since Russian began amassing forces along Ukraine’s borders. Guard soldier killed at Pennsylvania base was crushed after two trucks collided, officials say
A National Guard soldier who was killed last month during a training accident in Pennsylvania was crushed when the vehicle that she was driving ran into the back of another vehicle, according to new details from Army officials. 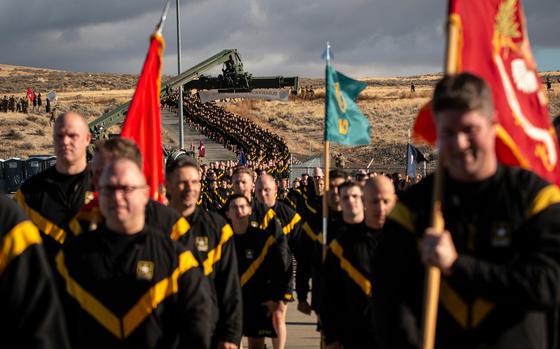 Army chief of staff talks Ukraine at Georgia military banquet
Gen. James McConville touted the Army's decision to move combat troops into eastern Europe after Russia invaded Ukraine in February, saying that when he visited Lithuania, Latvia and Estonia earlier this year, the presence of U.S. forces was a relief to three countries worried for their futures. Army alarmed by spate of suspected soldier suicides in Alaska
The Army in Alaska is once again grappling with a spike in soldier suicides over the past month after bringing the number down significantly in 2022 through prevention efforts. Army sees its future in Pacific training grounds
The U.S. Army Pacific’s new Joint Pacific Multinational Readiness Center includes a series of ranges and exercises the serv­ice is hosting in Hawaii and Alaska — as well as annually in rotating countries across the region.