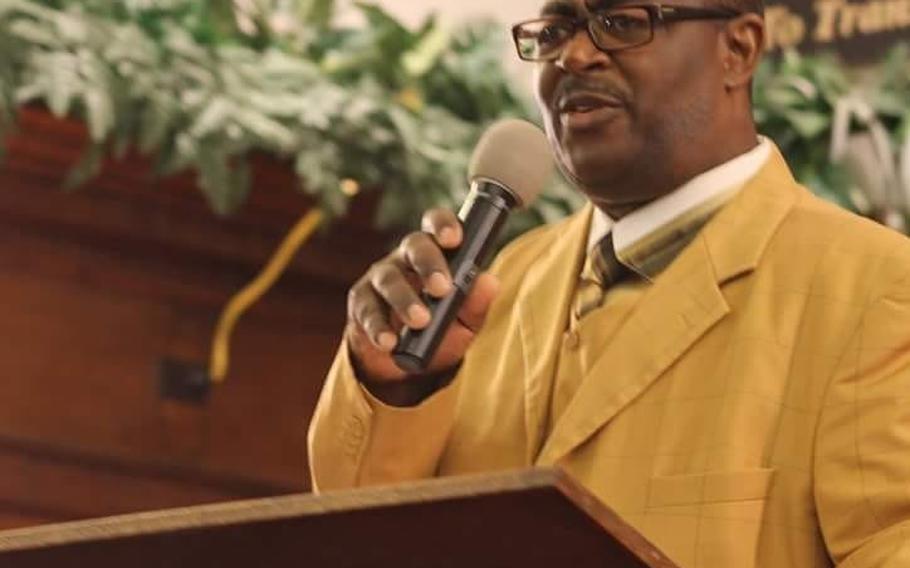 WASHINGTON — An Army reservist from Virginia is the fourth service member to die from the coronavirus, the Army announced Tuesday.

Spc. Curtis Fort, 61, of Roanoke, died July 30 from complications related to the coronavirus, Lt. Col. Simon Flake, a spokesman for the Army Reserve, said in a statement.

Fort was a radio and communications security repairer assigned to the Headquarters and Headquarters Company, 2-319th Cadet Summer Training Battalion in Salem, Va., according to Flake. He was awarded the Army Commendation Medal, the Army Achievement Medal, the National Defense Service Medal and the Army Service Ribbon.

Fort was a father of eight, married to Kathleen Fort for 16 years, and had 11 grandchildren, according to his online obituary. Fort was a drum major at Florida State University. He received a bachelor’s degree and a master’s degree in Biblical Theology from Richmond Virginia Seminary.

Fort was also an active member of his community and a church elder at Jesus Is Lord ~ Assembly of Love in Roanoke. He founded The Mighty Men of Triumph and Integrity group, and played drums for the church, according to his obituary.

Fort’s death was not announced by the Pentagon, just noted as an increase in the column of total military deaths in the Defense Department’s coronavirus case chart, which is updated every Monday, Wednesday, and Friday.

The death is the first reported since another Army reservist died in May. The other two military deaths were a National Guard member from Pennsylvania and a sailor who was aboard the USS Theodore Roosevelt during the aircraft carrier’s coronavirus outbreak.

Army Capt. Douglas Linn Hickok, 57, of the New Jersey National Guard, was the first service member to die of the virus. He was preparing to activate in response to the pandemic at the time of his death on March 28.

Charles Robert Thacker Jr., 41, a chief petty officer from the Roosevelt, died April 13 after being found unresponsive while in quarantine on Guam.

Army Sgt. Simon Zamudio, 34, a reservist from Illinois, died May 22, becoming the third service member to die of the coronavirus.

As of Wednesday, the military has had 29,415 cases of the coronavirus and 505 have been hospitalized. Of the service branches, the Army has had the highest number of coronavirus cases at 9,945, followed by the Navy with 7,013 cases. In the early months of the pandemic, the Navy led the services in number of cases, in part due to the outbreaks aboard the Roosevelt and the USS Kidd.

The number of Air Force cases has grown to 4,684 as of Wednesday. The National Guard, which continues to assist throughout the country in response to the pandemic, is at 3,887 cases and the Marine Corps is at 3,595 cases.

As of Wednesday, the U.S. has had 4.7 million cases of the coronavirus, the highest number of cases in the world, according to Johns Hopkins University. More than 156,000 people have died from the virus in the U.S., which is the most worldwide.

The rate of positive coronavirus cases in the military is slightly lower than the American average in all age groups except for troops between the ages of 18 and 24, Air Force Brig. Gen. Paul Friedrichs, the Joint Staff surgeon, said last week.