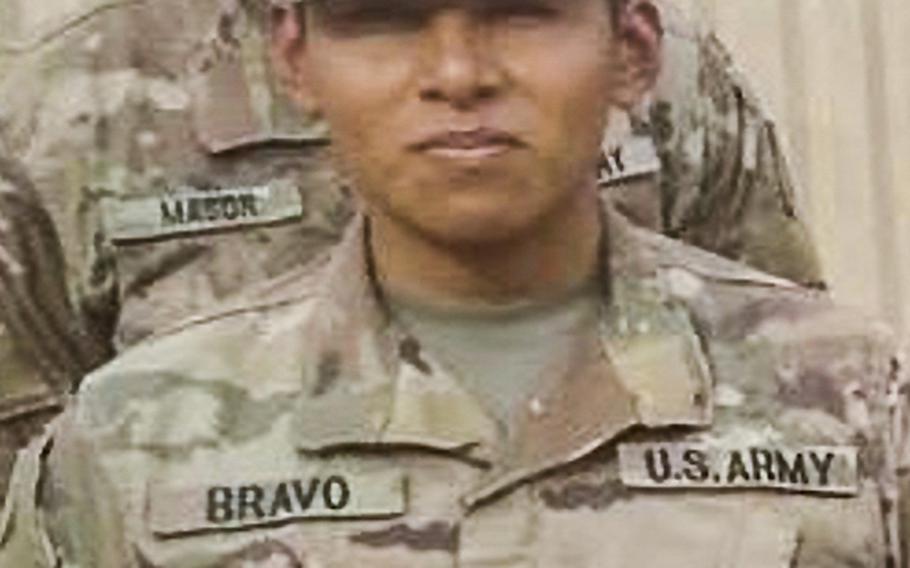 WASHINGTON — The Army is investigating the noncombat death of a 20-year-old Fort Bliss, Texas-based soldier in Jordan, officials said Wednesday.

Spc. Nick Bravo-Regules of Largo, Fla., died Tuesday of injuries suffered in an incident, which the Pentagon described in a brief statement as unrelated to combat operations. He was assigned to the 2nd Battalion, 43rd Air Defense Artillery Regiment, which operates defensive Patriot surface-to-air missile launchers that protect against incoming missile or airborne threats.

Bravo-Regules, who worked on communications networks for the unit, was on his first deployment, which was in support of Operation Inherent Resolve, the ongoing fight in Iraq and Syria against the Islamic State.

The coronavirus is not suspected in Bravo-Regules’ death, a defense official said, declining to provide further information about the soldier’s death, including whether the investigation into the cause of death was criminal in nature.

The 2nd Battalion, 43rd Air Defense Artillery Regiment deployed early this year to the Middle East primarily in support of Operation Spartan Shield, according to an Army news release. That Kuwait-based mission supports operations in nearby combat zones, including Iraq, Syria and Afghanistan.

The unit has operated in several locations during their deployment, according to updates posted online, including in support of Operation Inherent Resolve, the anti-ISIS mission in Iraq and Syria.

Bravo-Regules enlisted in the Army in May 2017 and arrived at his unit in March 2018, according to his service biography. He was promoted to specialist in February.