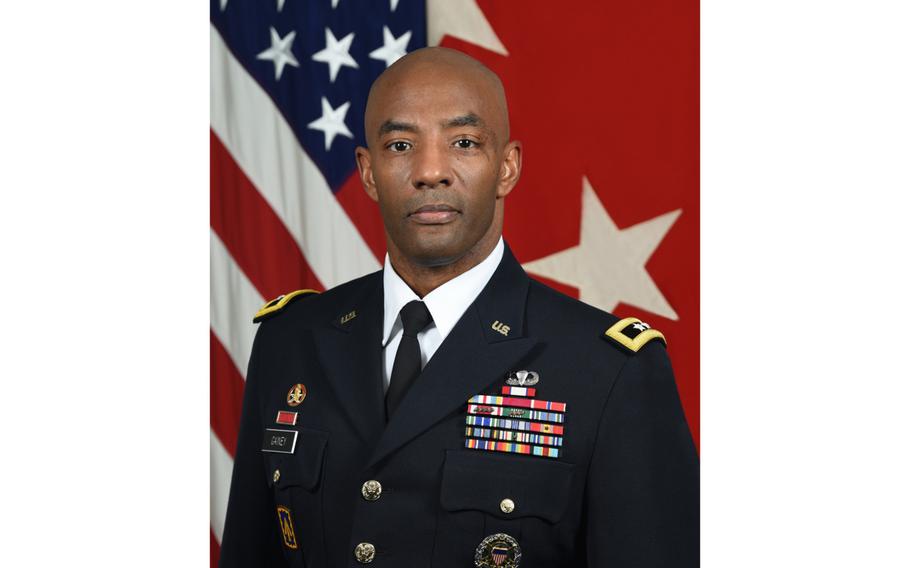 WASHINGTON — Army Maj. Gen. Sean Gainey will lead a new 60-person team for the Defense Department to develop new methods to counter drone strikes, which are increasing on the battlefields of the Middle East and Afghanistan, Pentagon officials announced earlier this week.

“The idea is to take all of the effort in terms of development and fielding and come up with three to five systems which are the best for counter-[unmanned aerial systems],” Ellen Lord, undersecretary of defense for acquisition and sustainment, said Tuesday to reporters at a Defense Writers Group meeting.

Those systems are comprised of hardware — like radars — and software that can detect, access, and engage hostile drones, as well as the personnel who operate the system.

The use of drones on battlefields by military units and terrorists has grown during the last few years as the technology has become more accessible. The Washington Post and The New York Times have reported the Islamic State in Syria and Iraq use off-the-shelf drones that were configured to drop grenades on targets.

“It’s important for the public to understand that the [drone strike] threat is real, and the department is taking it very seriously,” a defense official said on the condition of anonymity to discuss the threats posed by drones to service members. “Ten years ago, [improvised explosive devices] were the primary threat because they were hidden, relatively inexpensive and represented a deadly standoff capability. Today, small UAS’s are extremely cheap, and represent both an [intelligence, surveillance, and reconnaissance] and direct threat capability against U.S. service members around the world.”

In December, Lord announced the Army was going to take responsibility for the Defense Department’s efforts to develop new methods to counter drone strikes. She said the department needed to “continue to focus heavily on counter-UAS systems and strategies,” after traveling to the Middle East and Afghanistan. Lord said Tuesday that the drone team will operate out of a new office in the Arlington, Va. neighbor of Crystal City.

The Pentagon will decide in April what three to five systems will be used by U.S. forces to counter drones.

The attack Sept. 14 on a Saudi Arabian oil facility involved a swarm of suspected Iranian drones and highlighted the need to develop ways to defend against the range of drones, from small to very large, Lord said. She also said U.S. forces have quickly fielded a method to prevent a similar attack from happening but would not elaborate further.

“Basically, what that did was really continue to make clear to the department that counter-UAS is very important in terms of the technology,” Lord said.