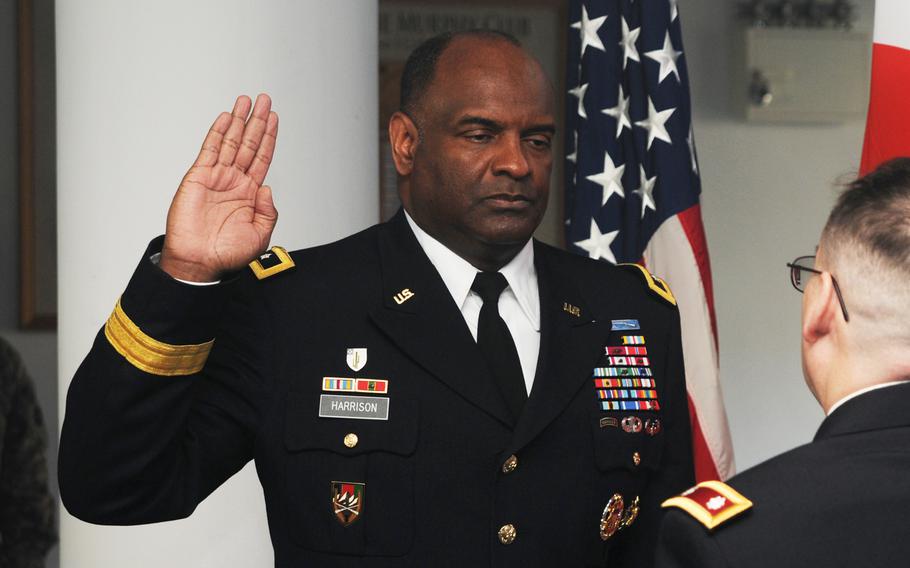 WASHINGTON — An Army two-star general in Japan who delayed investigation of a sexual assault complaint against an officer with whom he had a long history will be ejected from the service and lose a star in retirement, the Army announced Wednesday.

“Secretary of the Army John M. McHugh has directed that Maj. Gen. Michael T. Harrison, former commander of U.S. Army Japan, be retired as a brigadier general,” according to an Army statement. “Maj. Gen. Harrison was investigated and disciplined for failing to properly address a sexual assault allegation in his command.”

Federal law requires officers to retire at the last pay grade at which they served satisfactorily. The Army formally reprimanded Harrison for his handling of the allegation late last year and he submitted retirement papers this spring.

The military has been dealing with a growing scandal over sexual assault in the ranks for several years. Advocates for victims of military sexual assault told Stars and Stripes earlier this year that Harrison’s actions were more proof of the tendency of male commanders to shield favored subordinates accused of sexual wrongdoing.

Harrison was suspended from his command position in June 2013 after he was accused of failing to act on a report of a sexual assault by an Army colonel against a Japanese civilian employee.

He was later assigned to the Pentagon to serve as director of program analysis and evaluation for an Army deputy chief of staff.

According to an investigation by the Army Inspector General, Harrison referred the case to criminal investigators only after a reporter from Stars and Stripes spoke to the victim and inquired with U.S. Army Japan about the allegations. Previously, the general had ordered only an internal investigation of the allegations, in violation of regulations.

More than two months elapsed between the woman’s allegation of sexual assault and her first contact with Army Criminal Investigation Command, the IG reported.

In the report, the IG concluded Harrison had:

failed to investigate allegations against a colonel he had known since the 1980s. failed to treat the victim with dignity and fairness. investigated the allegation himself instead of referring it to criminal investigators. failed to remove the colonel from his position despite allegations of a pattern of misconduct. His demotion to brigadier general in retirement is likely to cost Harrison several hundred dollars a month in retired pay.