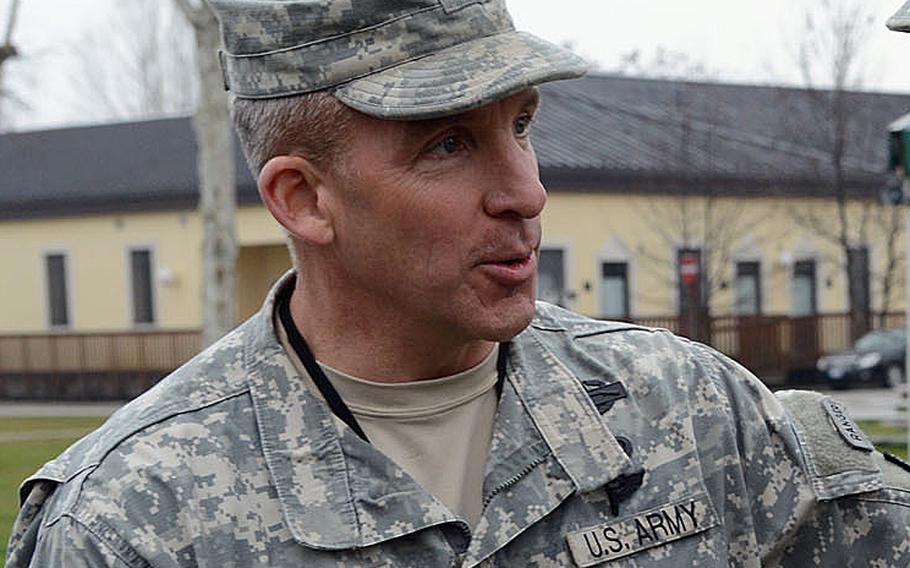 An Army garrison commander relieved of command in Italy because of his conduct at an Independence Day celebration has apologized, according to the Army Times.

Col. David Buckingham was initially suspended from command in July as an investigation into his conduct was under way. U.S. Army Europe officials confirmed earlier this month that Buckingham was relieved of command after USAREUR Commander Lt. Gen. Donald Campbell Jr. declared that he had "lost confidence" in Buckingham's ability to command.

According to the Army Times, Buckingham wrote in a letter that he was "truly sorry for the brief unprofessional behavior" he showed in losing his temper and using profanity at the July 3 event at U.S. Army Garrison Vicenza, Italy, where he allegedly dressed down a military policeman.

Buckingham, however, said in his response to an Army Times email, that Italian media reports were "grossly incorrect" in saying that alcohol was a factor.

"I was not under the influence of alcohol, was not belligerent, and, in fact, remained in the vicinity of our military policemen for five minutes after I spoke with them and before I departed for my home," the Army Times reported Buckingham as writing.