US Army in Germany resumes training Ukrainian forces, with focus on Western weaponry 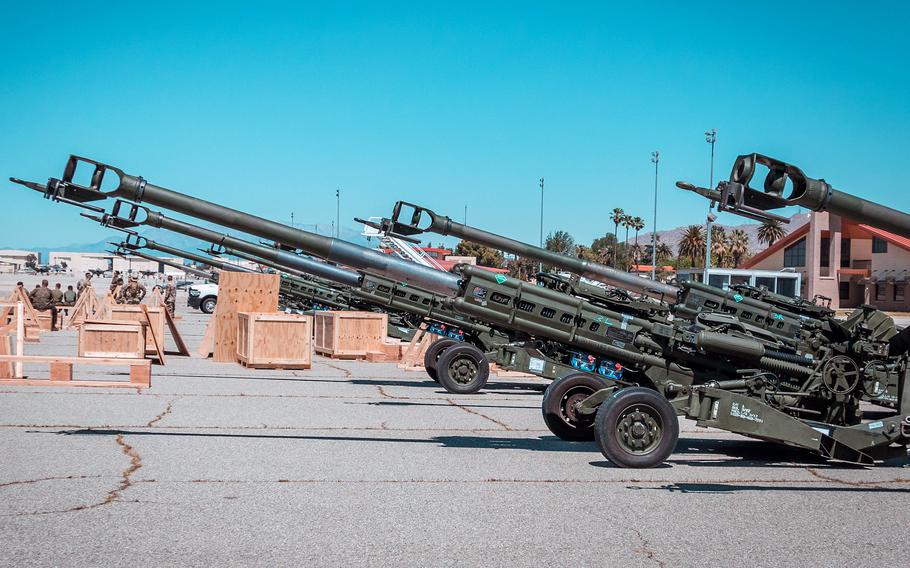 U.S. Marine Corps 155 mm howitzers are staged on the flight line prior to loading into an Air Force C-1 at March Air Reserve Base, Calif., April 22, 2022. Soldiers of the Florida Army National Guard are training Ukrainian soldiers on howitzers at the Grafenwoehr Training Area, Germany. (Royce Dorman/U.S. Marine Corps)

STUTTGART, Germany — A Ukrainian officer had an encouraging message for the contingent of U.S. soldiers that left a Ukrainian military base shortly before Russia launched its full-fledged invasion of the country in February.

“That (Ukrainian) officer specifically stated that the biggest mistake that the Russians made was giving us eight years to prepare for this,” said Lt. Col. Todd Hopkins, deputy commander of the Florida National Guard’s 53rd Infantry Brigade Combat Team.

Hopkins’ Guard soldiers are again working side by side with Ukrainian forces, this time in Grafenwoehr, Germany, as troops train to operate an array of weaponry heading to the front.

The resumption of the Joint Multinational Training Group Ukraine mission, which was suspended in February as U.S. forces departed Ukraine for security reasons, has Ukrainian soldiers working with 155 mm howitzers, radars and other gear.

“Now what we're doing is we’re running through a streamlined course here on the new equipment that they'll be receiving,” Brig. Gen. Joseph Hilbert, head of the 7th Army Training Command in Grafenwoehr, told reporters Wednesday. “The goal in all of this is to get them back as soon as possible.” More than two months into the war, Russian forces have encountered stiff resistance from a smaller and less formidably armed Ukrainian military.

Exact casualty numbers aren’t known, but Ukraine has estimated that about 19,000 Russians have been killed since the start of the war.

Meanwhile, Russia has struggled with the basics, such as managing the logistics required to resupply forward-positioned forces. The difficulties, which took some military analysts by surprise, forced Moscow to pull forces back from northern Ukraine to refocus efforts in the east.

Ukraine’s military has proved to be agile and adaptive on the battlefield, something that U.S. officials say traces back to training received from Americans and other allies in the years since Russia’s initial 2014 military intervention in Ukraine.

“All of that (training) incrementally over time and all of that investment … you just see how it's paid off,” Hilbert said.

Since 2014, 23,000 Ukrainian troops from 17 battalions and 11 brigades have trained with the Joint Multinational Training Mission Ukraine. The group operated out of a training base near the western Ukrainian city of Lviv. The U.S. invested about $126 million in efforts related to the training, Hilbert said. 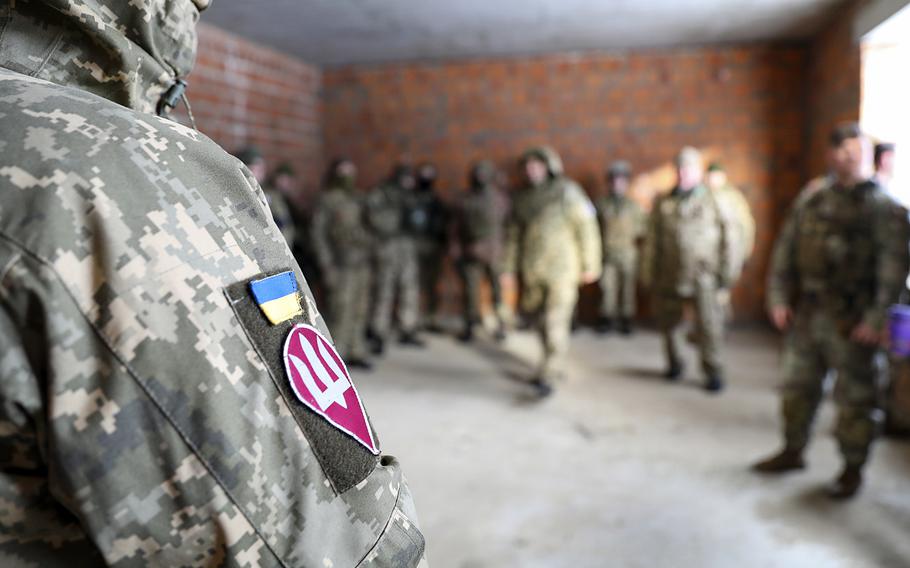 “I will tell you they used that time very wisely,” Hilbert said of Ukrainian troops.

One of the key areas of improvement was in the development and enhancement of a stronger noncommissioned officer corps, Hilbert said.

Some military analysts say the ability of Ukrainian forces to improvise on the battlefield could be related to NCOs who are more empowered to make decisions than their Russian counterparts.

“The soldiers that we are receiving here who are taking the training are absolutely motivated, incredibly professional,” Hilbert said.

Added Hopkins: “They are absolutely focused at the task at hand and getting back to Ukraine.”

Training is centered on technical instruction and incorporation of the weapons systems with the Ukrainians’ own battlefield tactical experiences, Hilbert and Hopkins said.