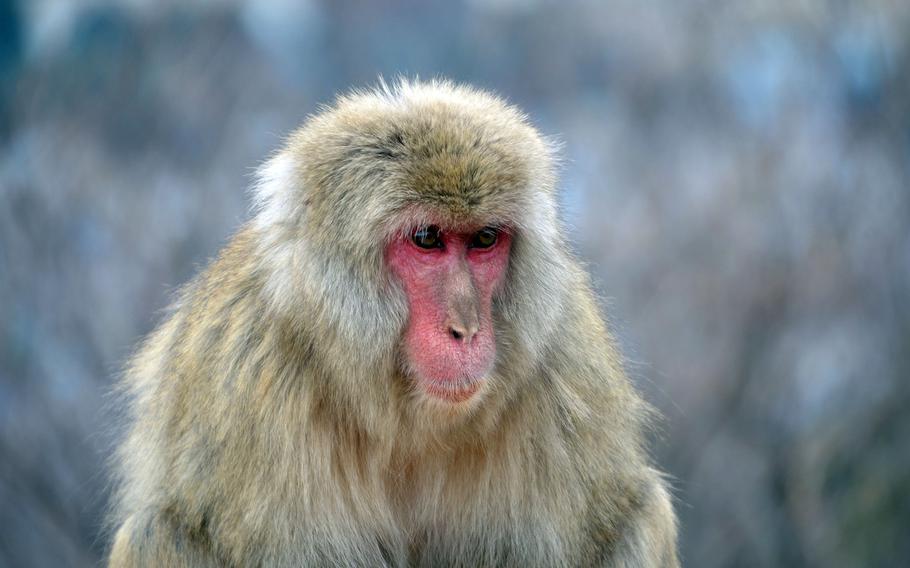 Japanese macaques are common throughout most of Japan, and inhabit forested mountain slopes right down to the fringes of Tokyo. (Pixabay)

As if typhoon season, earthquakes and the coronavirus weren’t enough, here come the monkeys.

Camp Zama, headquarters of U.S. Army Japan southwest of Tokyo, recently warned residents on post and at a housing area nearby to be on the lookout for wild monkeys patrolling their neighborhoods.

The animals were sighted early this month in a wooded area near the post airfield and at Sagamihara Housing Area about 3 ½ miles away.

The monkeys “could easily enter the installation,” according to a Sept. 4 post on the camp official Facebook page, “as they have previously.”

The neighboring cities of Zama and Sagamihara inform Camp Zama when wildlife is around the post and housing area, U.S. Army Garrison Japan spokesman Timothy Flack told Stars and Stripes by email Friday.

“This is not the first time that wild monkeys have been spotted on or near Camp Zama, but fortunately we have not had any incidents involving property damage or injury in the past,” he said. “Our communication with the community is key to avoiding incidents.”

The monkeys have mostly been spotted northwest of the airfield and in the 900 block of the housing area, according to the Facebook post.

Japanese macaques, the type of monkey spotted in and around Camp Zama, are common throughout most of Japan, and inhabit forested mountain slopes right down to the fringes of Tokyo, the world’s largest urban area.

Japanese macaques are “gentle creatures that display frequent social interactions” and are seldom aggressive, according to the New England Primate Conservancy website.

Nonetheless, staring at them eye to eye can provoke an aggressive response, such as baring their teeth, according to JapanVisitor.com. Further unwanted attention could result in a bite.

They travel in troops, are active during the day and sleep in trees at night.

Flack said the monkeys pose a nuisance because their behavior is unpredictable and they risk spreading disease, causing property damage and spreading litter from garbage containers.

Base residents should not approach or feed the monkeys and should contact the directorate of public works if they come across any on the installation, according to the Facebook post.

Monkeys are not the only wild animals that turn up on bases in Japan, Flack said.