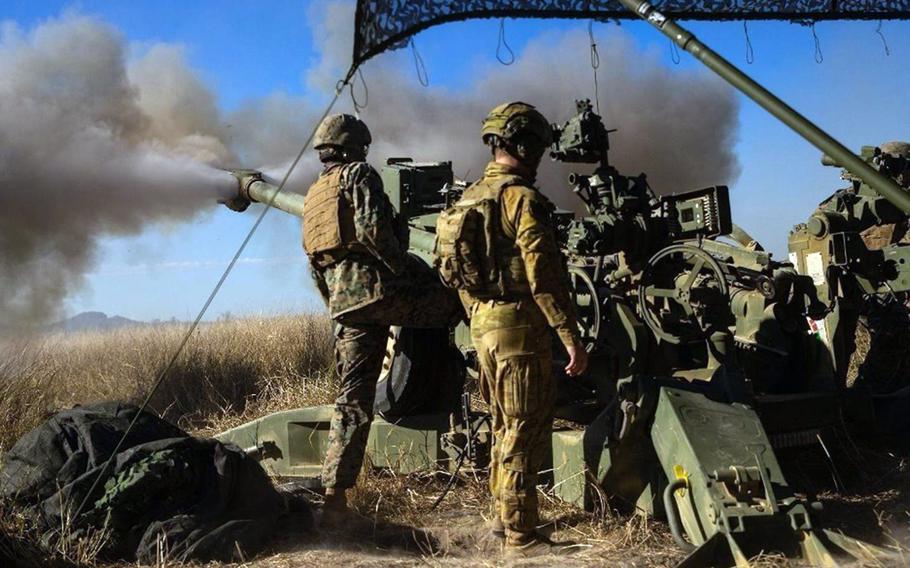 U.S. Marines and soldiers are in the Australian state of Queensland practicing skills that could deny enemy warships access to Pacific waters in a conflict.

The gunners can fire on targets up to 155 miles from their positions but cover an even larger area thanks to a Royal Australian Air Force C-17 Globemaster II and a pair of Marine Corps C-130J Super Hercules aircraft from the 1st Marine Aircraft Wing on Okinawa, Lemons said.

The planes are shuttling the U.S. and Australian guns and troops between remote bases throughout Queensland, he said, adding that the gunners’ operations area stretches across a coastline as long as the state of Florida, Lemons said.

Expeditionary base operations, in which Marines stand up and operate from outposts far from established facilities, are something the Marines have been practicing for a year, he said.

“On Okinawa we are in the adversary’s weapons engagement zone,” Lemons said.

The same year, Google Earth images revealed that China, which has a vast arsenal of missiles, was firing them at targets configured to look like U.S. bases in Japan.

“We are working on establishing small expeditionary bases where we can utilize our assets like the HIMARS to do sea denial and sea control,” Lemons said. 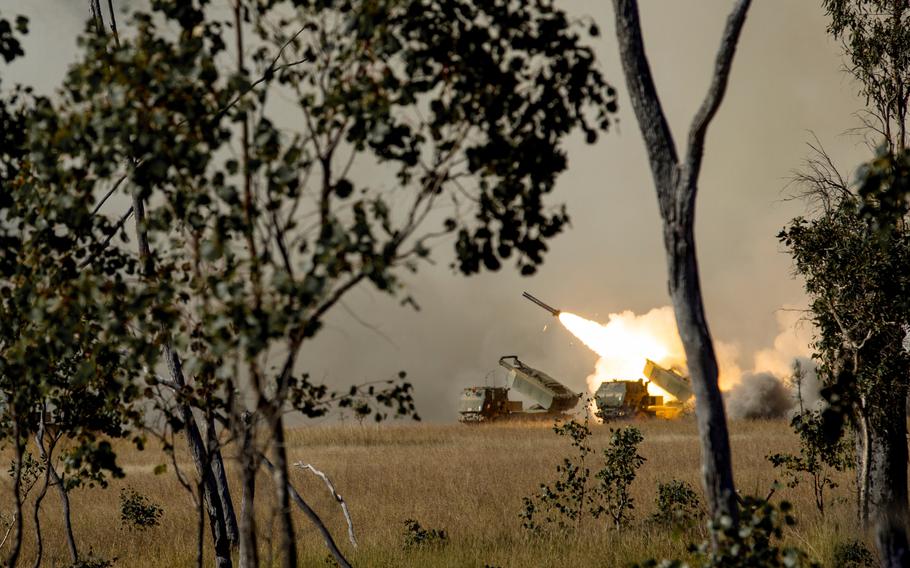 The U.S. and Australian troops are gearing up to defend against any Chinese effort to invade the chain of islands that runs from Japan to Taiwan and the Philippines, according to Ross Babbage, a former Australian assistant defense secretary.

The allies’ artillery can target vessels at sea and can be coordinated with aircraft and ships to make sure the optimal weapon engages any given target, he said in a telephone interview Tuesday.

Units of fewer than 150 Marines at hidden bases will be hard for the Chinese to find, Babbage said.

The Marines in Australia camouflage their equipment and operate with a minimal electronic signature to make it harder for an opposing force, played by the Australian Army, to find them, Lemons said.

On Monday, the Marines fired a GPS-guided rocket at an offshore island with the impact observed using an Australian Shadow drone aircraft, he said.