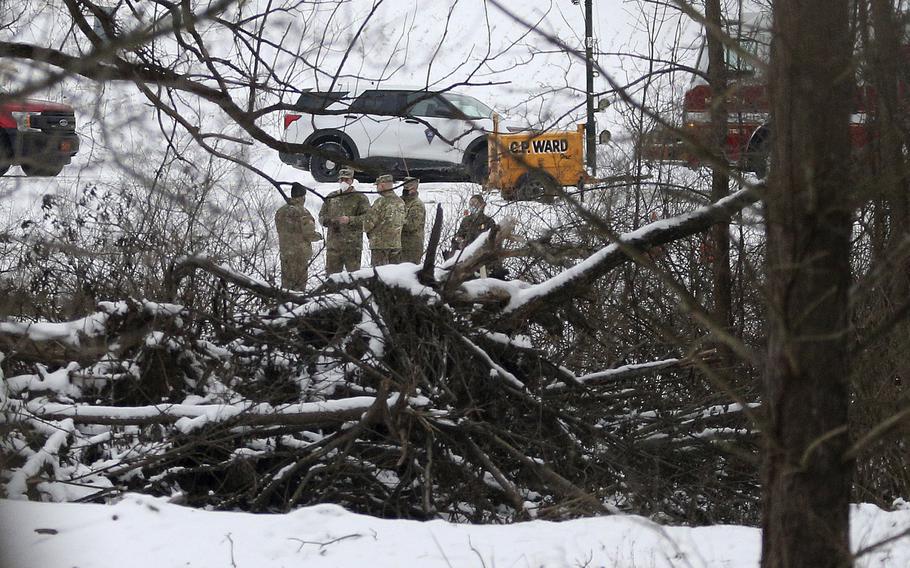 Investigators stand near the wreckage of a UH-60 Black Hawk medical evacuation helicopter in a field in Mendon, NY., on Jan. 21, 2021., one day after three National Guard members were killed in a crash, that officials on Thursday, July 1, blamed on human error. (Jamie Germano/Democrat & Chronicle via AP)

Actions taken by the crew during the Jan. 20 training flight "put the aircraft in a position where it became unrecoverable," Col. Richard Goldenberg, public affairs officer for the New York National Guard, said at a news briefing in Rochester on Thursday.

The UH-60 Black Hawk medical evacuation helicopter crashed in a farmer's field near Mendon, south of Rochester, at about 6:30 p.m., officials said.

Killed in the crash were all three soldiers on board: chief warrant officers Steven Skoda and Daniel Prial, both of Rochester, and Christian Koch of Honeoye Falls.

The families of the three, all experienced pilots with past deployments to Afghanistan, have been notified of the findings of the Guard's investigation into the crash, Goldenberg said.

"Military aviation is inherently risky due to the complex flying environments that our pilots and crews have to prepare for," Goldenberg said. "It can also be an unforgiving environment, with life and death decisions and actions, no matter the circumstance, whether mechanical, weather or crew related."