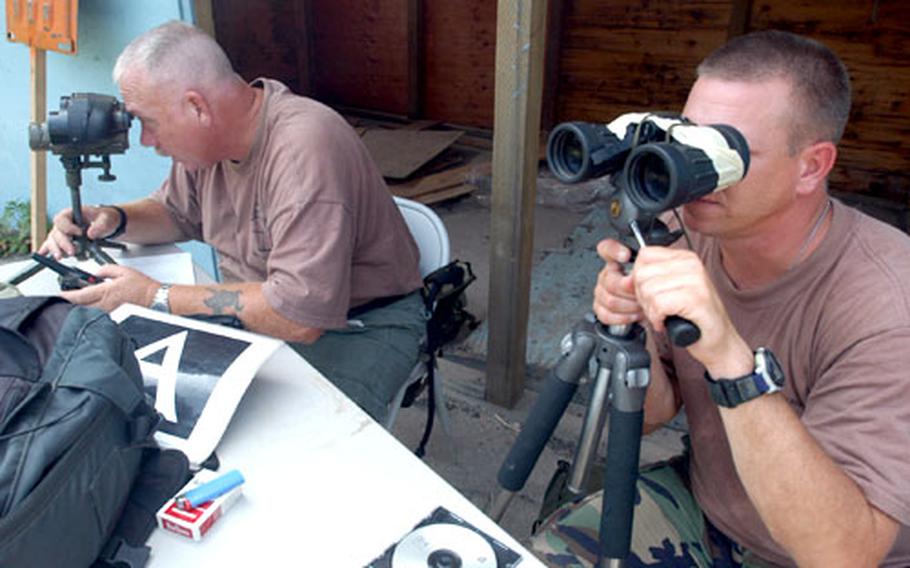 CAMP RED CLOUD, South Korea &#8212; The Army plans to train three times as many snipers as it currently does and assign one to every infantry squad, according to instructors training 2nd Infantry Division soldiers in South Korea.

The pair form a Mobile Sniper Training Team from the U.S. Army Sniper School at Fort Benning, Ga. The school, founded in 1987, is expanding to triple its current size, they said Friday during a training session at the Joint Security Area Mock Up Range on the edge of the demilitarized zone.

&#8220;In the Vietnam War the Army shot thousands of rounds per kill. Snipers shot 1.3 rounds. So the cost-effectiveness was established then,&#8221; he explained.

The sniper school currently can train a maximum of 320 snipers a year, while mobile teams train another 150 snipers.

Some of the soldiers training to become snipers know how effective they can be in combat.

Staff Sgt. Seth Geuke, 25, of Headquarters Headquarters Company, 1st Brigade Troops Battalion, 2nd ID, said snipers could have saved U.S. lives if they had been assigned to his units when he was with the 82nd Airborne Division in Iraq last year and during Operation Enduring Freedom in Afghanistan.