Army working on system to vet off-base hospitals in Japan 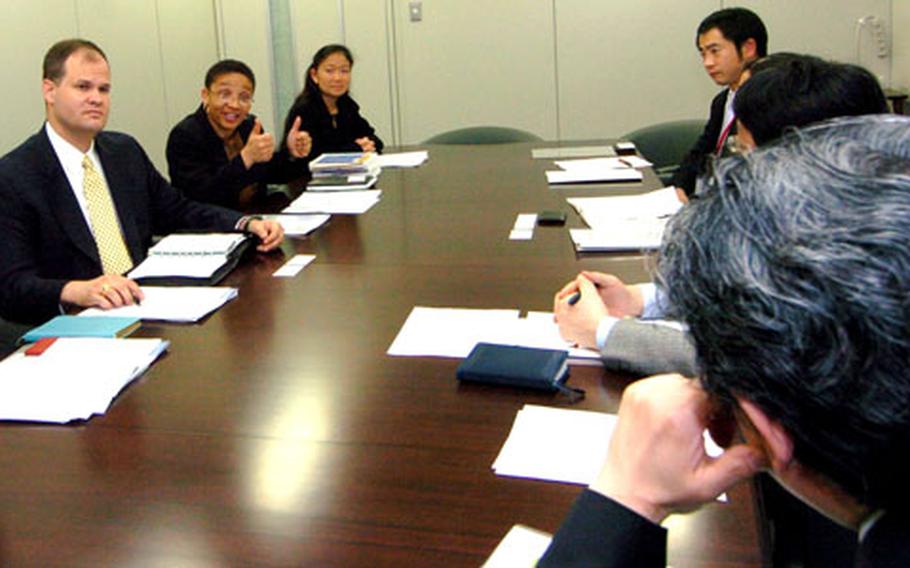 Sometimes having it in writing is better than a handshake and a smile.

It was the reason Col. Marilyn Brew, the Army&#8217;s Medical Service Corps commander in Japan, visited Tokyo on a rainy Friday night earlier this month with members of her Camp Zama medical staff. The team was meeting with a health council that awards accreditations to standout Japanese medical institutions.

Brew and her staff learned the council conducts its accreditation inspection only for hospitals that have requested it &#8212; or about a quarter of the more than 8,000 hospitals in Japan.

Brew is thinking bigger. Her hope is to provide proof to Camp Zama residents that they can trust in the care given them at off-base medical facilities.

Brew is still searching for the closest thing the Japanese have to the Joint Commission, the U.S. hospital accreditation organization. Hospitals in the States must receive commission accreditation to receive government funding.

So Brew says her next step is meeting with representatives of a Japanese insurance agency she hopes has far-reaching influence.

Camp Zama is affiliated with 12 Japanese treatment facilities to which the base sent about 300 referrals last year, Brew said.

Zama&#8217;s residents can be cared for at the BG Crawford F. Sams U.S. Army Health Clinic on base, which has a family practice division and offers optometry, physical therapy and behavioral health. They also can visit the military hospitals at Yokota Air Base and Yokosuka Naval Base, though both are one- to two-hour drives from Camp Zama.

According to Brew, about 85 percent of Zama&#8217;s off-base referrals are for MRI diagnostic procedures. Among other referrals are those for bone density scans, cardiograms, nephrology and neurology, she said.

Zama does not have what would be considered an official means of verifying quality inspection procedures used by Japanese hospitals.

Brew said Zama has relied on the personal endorsements of staff members familiar with Japanese hospitals and their doctors, but many on both sides have moved on. The one layover from those past ties is Dr. Tim Russell, family practice chief, who has been with the base clinic for 25 years.

"He&#8217;s really our historical benchmark and barometer," Brew said. "If there had been an issue with malpractice or something not going right with a patient being referred to a certain hospital, he would know that."

Russell said reasons Zama doesn&#8217;t work with certain hospitals is mostly because of poor communication and minor incidents that Zama felt could have been part of a systematic problem. He declined to name them specifically but said they were things that could just as easily be identified at U.S. hospitals.

He also said some Japanese hospitals would simply rather not treat foreigners due to insurance complications.

Brew said that apart from being accompanied to appointments by translators, patients are also given as much information up front as possible about off-base visits.

She said one difference between Japanese and U.S. hospitals is the extent to which Japanese doctors tend to treat pain.

"The way that they handle a broken leg or an orthopedic problem, they would probably take twice as long to manage it than we would in the States, and they just have the tendency to manage healing and recovery not as aggressively as we would," she said.

Brew said that during her tenure, Zama has received no complaints or been given reason to believe any of the referral institutions were unfit to treat SOFA-status patients.

That record, however, doesn&#8217;t affect Brew&#8217;s desire for her patients never to question the adequacy of Japanese clinics.

"I&#8217;m just trying to instill confidence and trust," she said. "How [Japanese clinics] go about it might be a little bit different, but quality medicine is quality medicine."