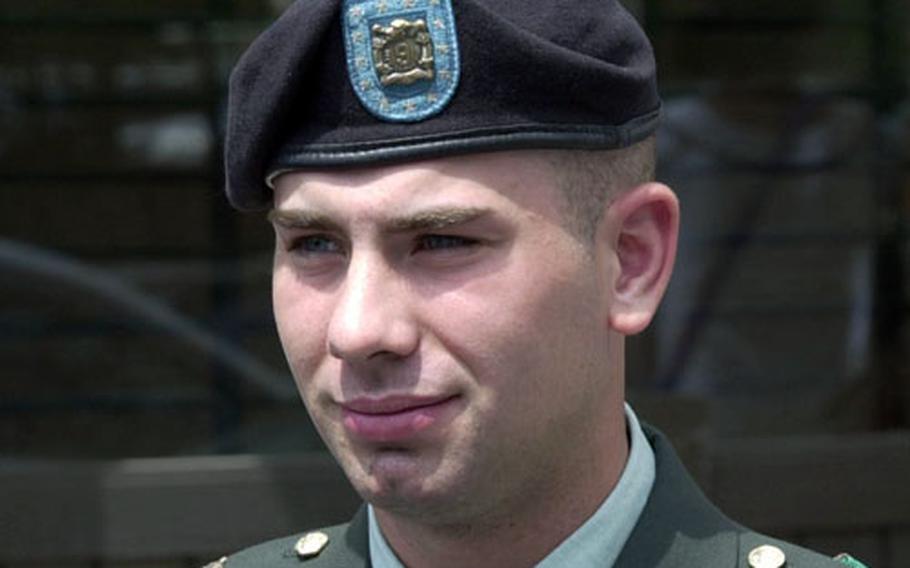 Pfc. Tylan Laurence Bohman stands outside of the Uijeongbu District Court on Wednesday after standing trial on charges of assault. Bohman is due back in court on Sept. 13 for sentencing. (T.D. Flack / S&S)

Pfc. Tylan Laurence Bohman stands outside of the Uijeongbu District Court on Wednesday after standing trial on charges of assault. Bohman is due back in court on Sept. 13 for sentencing. (T.D. Flack / S&S) 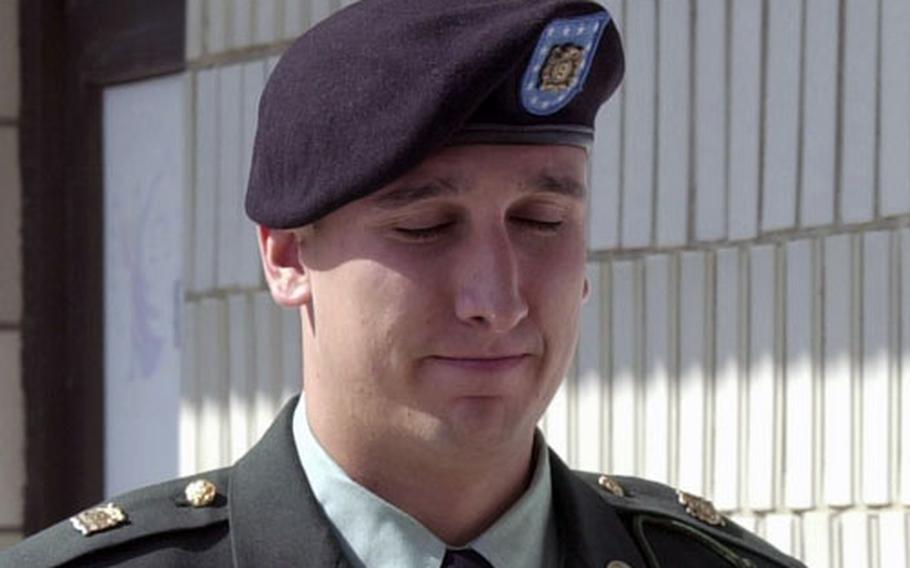 Pfc. Nicholas Acosta enters the Uijeongbu District Court on Wednesday prior to his hearing on charges of assault, illegal use of a vehicle, property damage, drunken driving and driving without a license in connection with a fight outside a bar in Dongducheon on April 15. (T.D. Flack / S&S)

While Pfc. Taylan Laurence Bohman and Pfc. Nicholas Acosta, both of the 2nd Infantry Division, appeared in court separately early Wednesday morning, they were represented by the same defense attorney and were provided the same team of two translators.

The soldiers repeatedly asked the translators to clarify questions, and defense attorney Jin Hyo-keun had to translate some of the proceedings for his clients. Also, Judge Jung Jin-ho ordered the junior of the two translators to take over the duties over the senior translator&#8217;s objections.

When the soldiers left the courtroom before noon, both complained to their attorney, saying they didn&#8217;t understand what was happening in court.

Bohman asked Jin if he could appeal because of the inadequate translation if he were found guilty. He later told Stars and Stripes there are &#8220;many things I&#8217;d like to say&#8221; about the case but declined to elaborate. Acosta refused to comment.

A 2nd ID spokeswoman replied to a Stars and Stripes query by e-mail early Wednesday afternoon.

Jin did not return repeated calls to his office Wednesday afternoon.

During Wednesday&#8217;s testimony, a Stars and Stripes translator heard the judge ask both soldiers, separately, whether they &#8220;admitted&#8221; to various aspects of their cases. The court translators, however, asked the soldiers only whether they were &#8220;aware&#8221; of those aspects. The soldiers answered &#8220;yes&#8221; to nearly every question.

U.S. Forces Korea personnel did not answer queries on what legal assistance the military provides its troops when they end up in the Korean legal system, whether the military can take any action if legal services are inadequate, and whether USFK has had translator problems in the past.