Army vs. Navy: Which crowd was better? 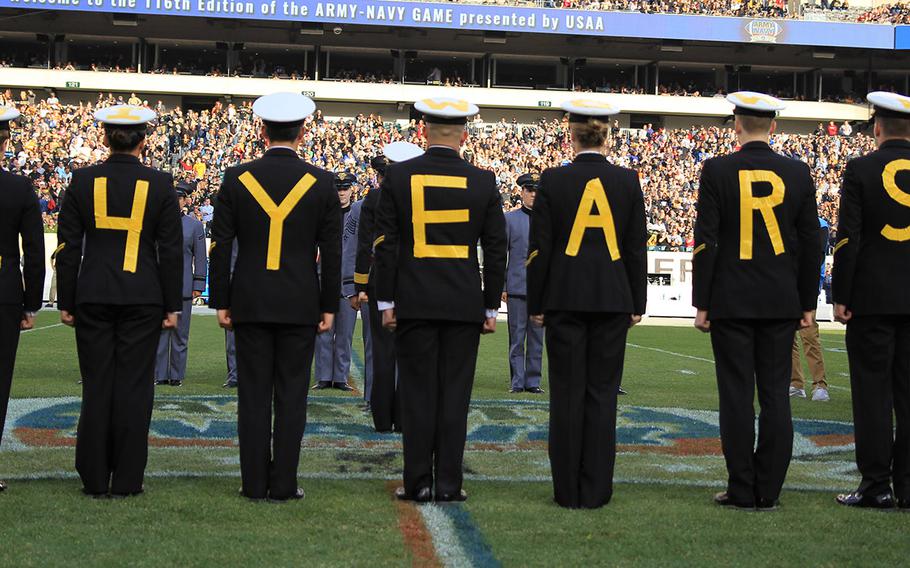 Navy midshipmen spell out their prediction for what the length of their team's winning streak over Army would be at the end of the day before the 116th Army-Navy football game, Dec. 12, 2015 at Philadelphia. Navy won, 21-17. (Rick Vasquez/Stars and Stripes)

Even though Navy beat Army 21-17 at the 116th annual "America's Game," there's another competition brewing in the stands: the battle of the crowds.

Who had more energy? Which side was better? Watch the video above and let us know what you think!