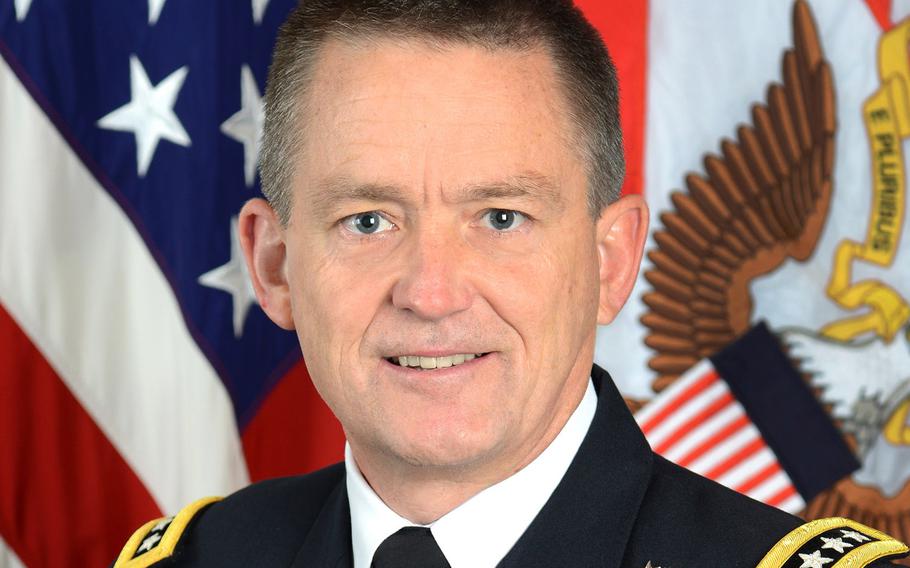 WASHINGTON — Budget constraints and mandatory force-size cuts have left the Army sending its units to support missions across the globe as quickly as it can prepare them for those operations, Gen. Daniel Allyn said Tuesday.

Allyn, the Army’s vice chief of staff, warned a return to arbitrary and unpredictable military budget caps under sequestration would further risk soldiers’ mission preparedness and the Army’s ability to plan for the future. Those cuts, which could slash up to $100 billion from defense spending in coming years, would be enacted if Congress is unable to act to permanently lift the budget constraints initially installed as part of the 2011 Budget Control Act.

When the Army began cutting its force size in the face of the budget cuts and as combat operations concluded after prolonged wars in Iraq and Afghanistan, the service had expected a less busy future, but that has not been the case, Allyn said. Continued deployments to Iraq and Afghanistan, new missions in Africa and Asia, and the need to respond to Russia’s aggression in eastern Europe have meant soldiers must continue to deploy. It has force the Army to perform “a significant balancing act,” in preparing its troops for today’s missions and modernizing for the service’s future.

The Army now has about 187,700 soldiers deployed to 140 countries, a slight uptick since early last month. Allyn said the service provides 46 percent of deployed American forces and it provides 64 percent of the force available to quickly respond to an emergency situation anywhere in the world.

“The global environment that we face today places a premium on our ability to provide those capabilities to the joint force,” he said.

But that comes at a price.

Nearly half of the Army’s proposed $148 billion budget for 2017 is spent on soldiers, about 10 percent on its civilian workforce, about 22 percent on mission readiness and about 18 percent on modernization efforts.

That spreads resources to upgrade technology “very, very thin,” Allyn said, including in some areas of need such as aviation, integrated air defense and long-range precision fires.

Increasing the Army’s budget, Allyn said, is the obvious solution to the service’s balancing act.

“There’s not likelihood of receiving that,” he said. “Given that we must balance and deliver the most capable, best-balanced force that we can within the budget that we have -- that’s what we’ve done with the … budget for 2017.”