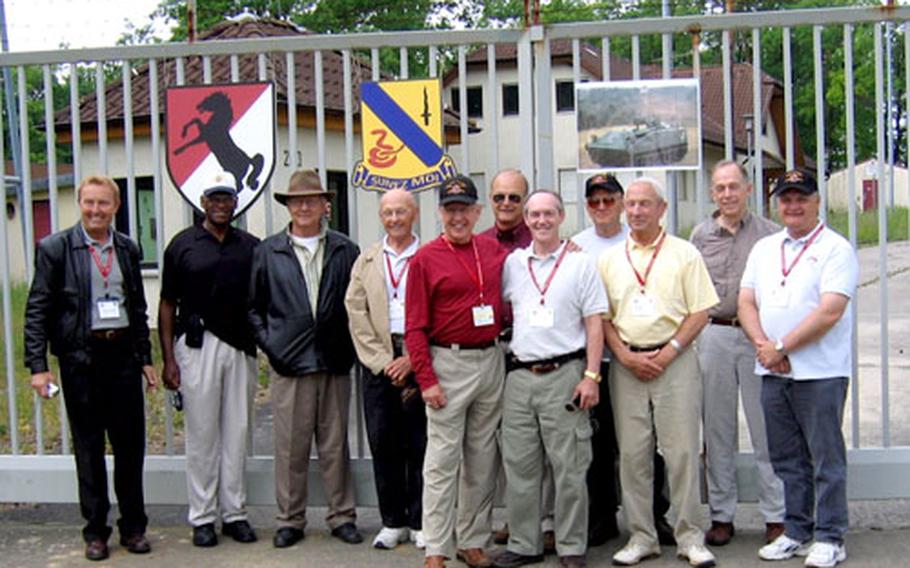 Veterans of the 11th and 14th Armored Cavalry regiments pose at the former front gate of Camp Lee along the one-time border between East and West Germany. Members of the unit, who once helped guard the border, dedicated a marker at the camp last week explaining its role in the border patrol mission. (Courtesy photo)

Eleven Army veterans who once helped guard the border between East and West Germany dedicated a historical marker at one of their former camps during a recent reunion.

Last week, they were guests of the German Federal Border Guards, the former West German army and the city of Bad Kissingen for the 2005 Border Legion Reunion, according to reunion organizers.

Among the events was the dedication of a marker at the veterans&#8217; former border living area at Camp Lee &#8212; previously known as Camp Wollbach &#8212; explaining the camp&#8217;s role in the border mission.

Organizers said the veterans and about a dozen family members toured the site of the major border crossing north of Bad Kissingen, where many of them had spent months, facing their counterparts in East Germany, an area they never entered.

The tour continued across the former border to Meiningen for stops at barracks once used by Soviet and East German forces, and at a preserved East German border tower.