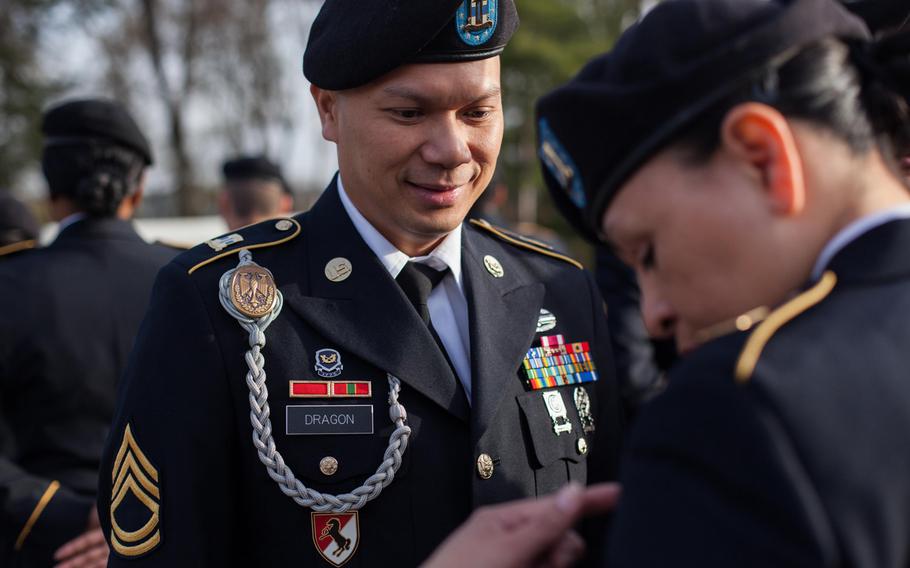 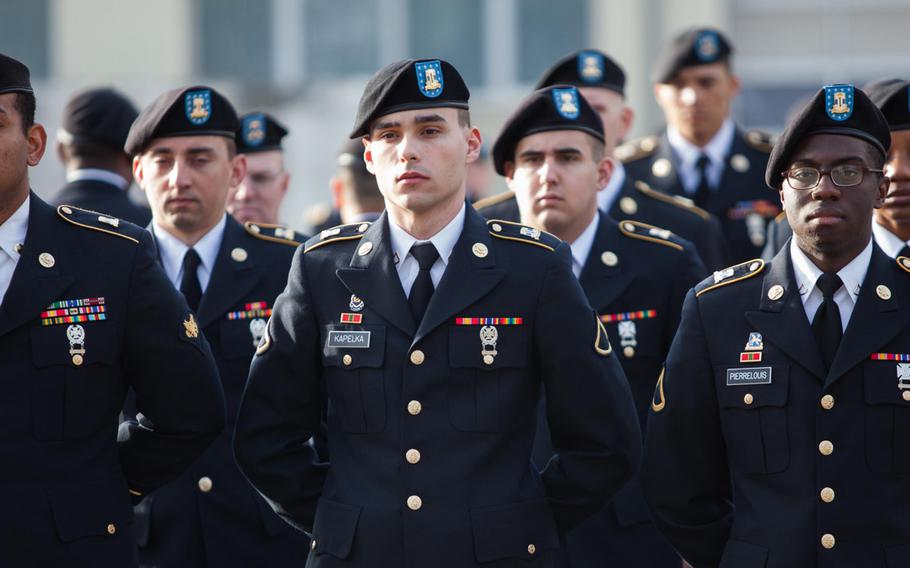 Soldiers of the 21st Theater Sustainment Command's Special Troops Battalion stand in formation Thursday, April 3, 2014, during a uniform inspection. The ritual used to be a regular occurrence in the Army, but largely fell by the wayside over the past decade. The 21st is bringing them back as part of the unit's monthly "Millrinder Time." (Matt Millham/Stars and Stripes) 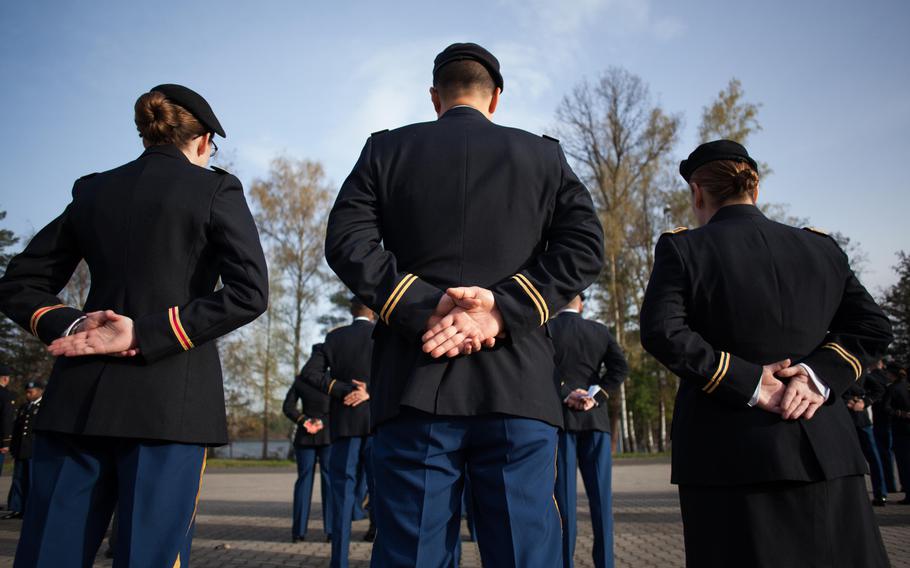 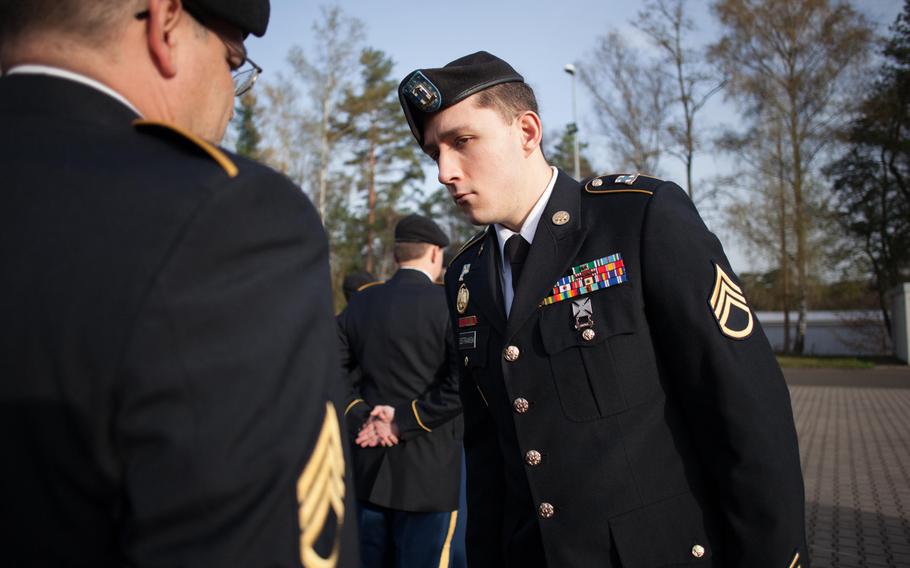 Staff Sgt. Miachael Ostrawski inspects the awards and decorations on Staff Sgt. Anthony Caracausa's uniform Thursday, April 3, 2014, during an inspection that was part of the 21st Theater Sustainment Command's "Millrinder Time," an activity similar to the Army's payday activities of another era. (Matt Millham/Stars and Stripes)

KAISERSLAUTERN, Germany — The Army’s on a bit of a retro kick, but perhaps no unit is taking it as far as the 21st Theater Sustainment Command, which is bringing back a tradition that many young soldiers know only from the griping of crusty old sergeants: payday activities.

The tradition dates back to a time when soldiers were paid in cash and paid their bills in person. On paydays, soldiers were obliged to show up in their dress greens and were subjected to inspections. About midday, neatly dressed battalions of soldiers were allowed to leave work early to head into town with wads of cash to pay their bills.

Though cash payments gave way to checks and later electronic transfers, parts of the tradition of payday activities largely survived until the wars in Iraq and Afghanistan — namely, regular uniform inspections.

Now, with one war over and another winding down, they do.

The TSC’s updated version of payday activities —called “Millrinder Time” in a tip to the unit’s nickname — is similar to payday activities of old in its resurrection of uniform inspections, said Command Sgt. Maj. Brian Mainor, the top enlisted soldier in the TSC’s Special Troops Battalion and a 26-year veteran. The focus, however, has changed, he said.

“Now the focus is readiness, well-being of the soldier, counseling — just to sharpen those tools that we lost during the war.”

Many midcareer soldiers have spent years preparing for deployments but, like 21st Staff Sgt. Juna Cyriaque, don’t know what the Army was like even a decade and a half ago. She’d heard of payday activities and doesn’t really think of Millrinder Time as the same thing — no half day off, no going out to pay the power company.

But it does symbolize a return to standards that many think have suffered during wartime.

“I think that we should always have time for standards,” she said. “Because the Army is a profession. If we walk around looking like … we’re crazy, we don’t set the standards, no one is going to take us seriously.”

“I don’t know how it used to be,” said Donald Mayfield Jr., a 20-year-old supply specialist from Lake Charles, La.. “But I can say it definitely is a good thing going back to it.”