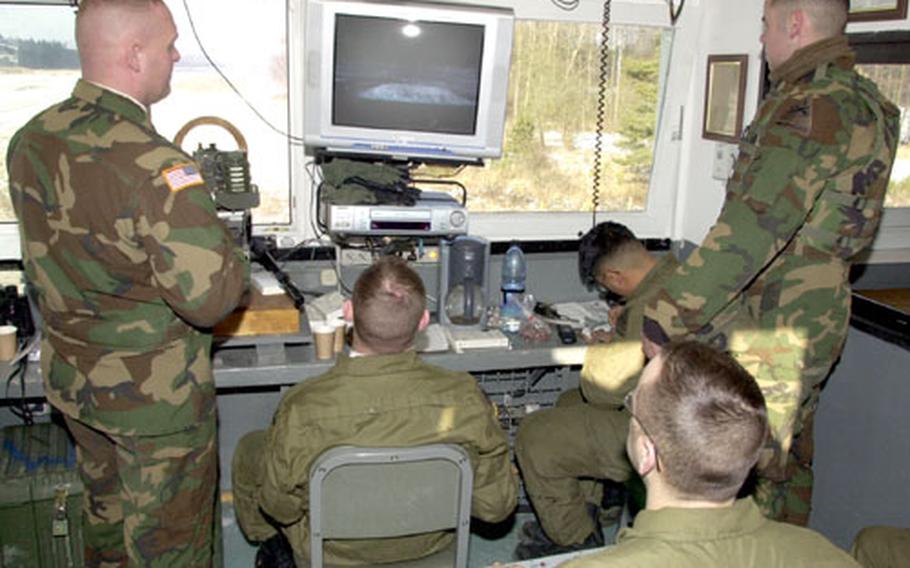 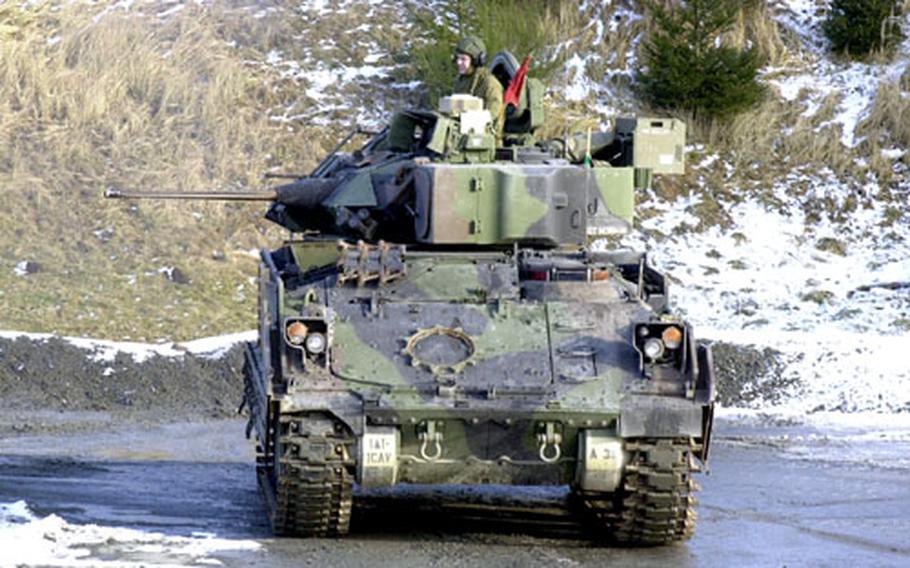 GRAFENW&#214;HR, Germany &#8212; The U.S. Army is to replace its Abrams Main Battle Tank and Bradley Fighting Vehicle tables &#8212; training programs crews must pass to qualify for combat &#8212; with guidelines based on situations they are likely to face in Iraq.

Master gunners from 1st Squadron, 1st Cavalry Regiment training at Grafenw&#246;hr this month said they have received drafts of the new tank and Bradley tables and are starting to incorporate some of the new ideas in their gunnery.

However, the old tables focus mostly on skills that tank crews need to defeat other armored vehicles, he said.

&#8220;These days the heavy metal-on-metal fights that you had during the Cold War are not happening. Everything is a lot more three dimensional as opposed to two dimensional,&#8221; Mastran explained.

He was talking about the battle to defeat insurgents in Iraq&#8217;s cities, where the enemy uses buildings and civilians for cover and attacks with rocket-propelled grenades, small arms and improvised explosive devices.

Another 1-1 master gunner, Sgt. 1st Class Remi Vande Voorde, 35, of Independence, Mo., said the new tables, expected to come in by spring, would include training for many of the things tank and Bradley crews encounter in Iraq.

&#8220;As the world changes, and as our roles as tank and Bradley gunners change, the training has to change. These new tables require more machine-gun exchanges. There are civilians on the battlefield and a lot more friendly targets. They (the new tables) require building mock cities on the ranges &#8230; targets will pop up in windows,&#8221; he said.

At Grafenw&#246;hr&#8217;s Range 206 on Friday, Bradley crews from 1-1&#8217;s Troop A blasted moving and stationary targets with both main guns and machine guns during Bradley Table VII.

The Troop A commander, Capt. David Spungin, 30, of Fairfax, Va., said the crews would shoot six times during the day and four at night to qualify and move on to Table VIII &#8212; the table that individual crews must pass to qualify for combat.

During Table VII the 1-1 crews were watched and listened to by observer controllers in a tower equipped with cameras, video screens and a sound system that recorded the Bradleys&#8217; every move on the range. The observer controllers monitored the accuracy of gunners&#8217; shots, the time it took to identify and destroy targets and whether crews followed the correct radio procedures.

After they finished shooting, crews assembled at an after-action review shack to watch their performances on a television monitor and get advice on how to improve. Crews that did everything right passed the table. If there were any mistakes, they had to do it again.

Mastran stressed that the new tables would maintain traditional skills needed to take on other armored vehicles in a conventional war.

&#8220;You always have to maintain that war-fighting capability, but it also has evolved into counterinsurgency operations, which we have to be prepared for as well. We train these guys to be proficient in both,&#8221; he said.

The 1-1 will likely train using the new tables next time it shoots at Grafenw&#246;hr, Mastran said.