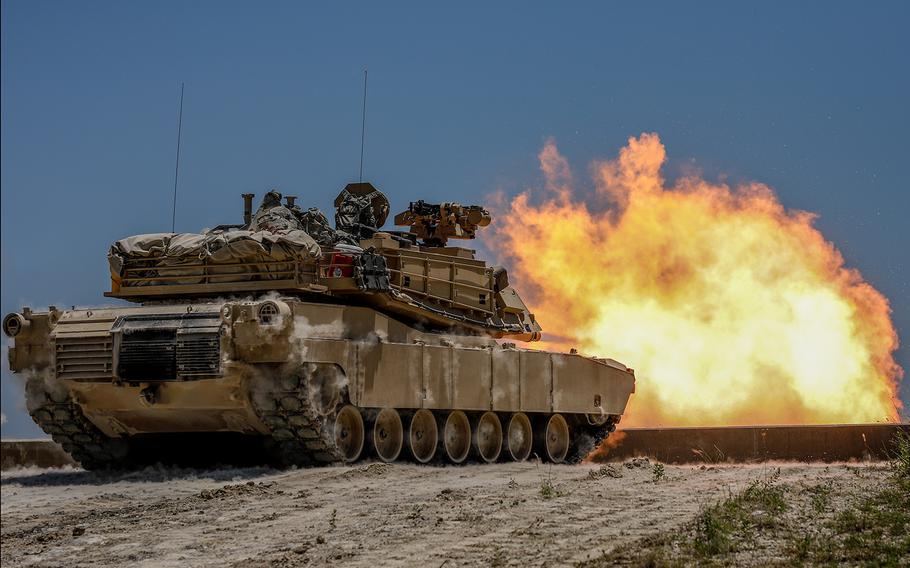 WASHINGTON — The Army will convert two of its existing brigade combat teams to add firepower to the service as it prepares for a potential fight with the more advanced militaries of near-peer adversaries, service officials announced Thursday.

“Converting a brigade combat team from infantry to armor ensures the Army remains the world’s most lethal ground combat force, able to deploy, fight, and win against any adversary, anytime and anywhere,” Army Secretary Mark Esper said in a prepared statement.

In the spring of 2020, Fort Carson’s 2nd Brigade Combat Team, 4th Infantry Division will transition from a light infantry brigade to a heavier Stryker brigade, adding some 500 soldiers in the process, according to the Army.

The two conversions follow the transformation at Fort Stewart, Ga., last year of 2nd Brigade Combat Team, 3rd Infantry Division from an infantry brigade to an armored brigade. They come as top Pentagon officials have warned the U.S. military must increase its combat firepower through added training and advanced technology to retain battlefield advantages over near-peer rivals, namely Russia and China but also North Korea and Iran.

It also comes as the Army has asked its traditional combat brigades to focus primarily on preparing to fight more advanced adversaries after spending nearly two decades focused on counterterrorism operations where heavy weapons such as tanks and self-propelled howitzers were less useful. The Army’s new brigades of advisers, known as Security Force Assistance Brigades, will continue to focus on training and advising partner forces for the counterterrorism fight, officials have said.

The conversion of the brigades and the additional firepower that they bring should also serve as a deterrent to adversaries and provide the service more options in a fight, said Maj. Gen. Brian J. Mennes, the service’s force management director.

After the conversion, the Army will boast 16 armored brigades, 33 infantry brigades and nine Stryker brigades across its regular and National Guard force.