Army to study use of 'off label' drugs to treat PTSD 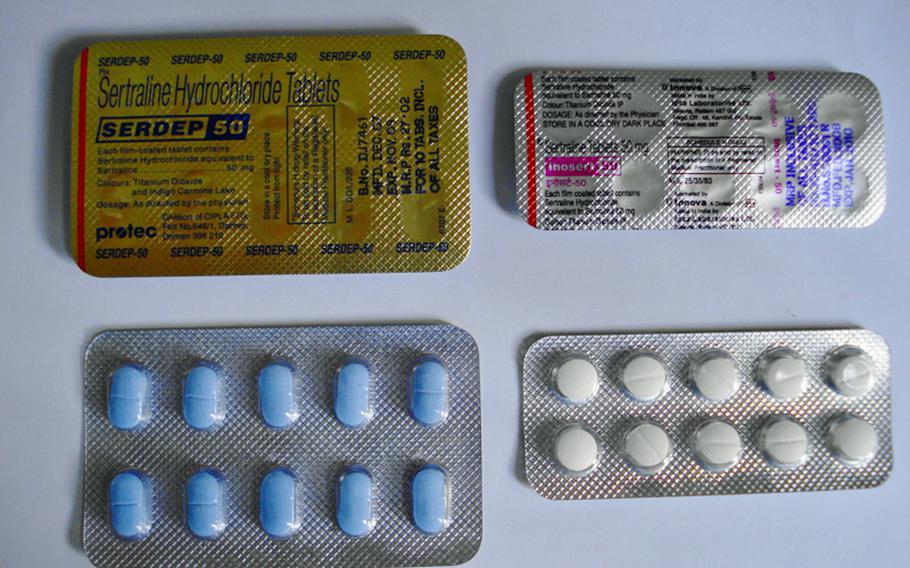 SASEBO NAVAL BASE, Japan &mdash; The Army will conduct a multi-year study to evaluate a &ldquo;range of pharmaceuticals&rdquo; often prescribed to treat post-traumatic stress disorder but not approved specifically for that purpose, according to a bulletin released this week by the American Psychiatric Association.

To date, only the antidepressants Paxil and Zoloft have gained U.S. Food and Drug Administration approval to treat PTSD, according to the Department of Veterans Affairs. However, doctors have been prescribing other antidepressant drugs, as well as antipsychotics and even painkillers, depending on a patient&rsquo;s symptoms.

Army doctors said a lack of evidence-based guidelines regarding such so-called &ldquo;off-label&rdquo; medications is the driving force for the study.

The announcement was made Monday at the APA&rsquo;s annual meeting in Philadelphia.

&ldquo;We&rsquo;re trying to advance the science to catch up with clinical practice,&rdquo; Maj. Gary Wynn, a research psychiatrist from the Center for Military Psychiatry and Neuroscience at the Walter Reed Army Institute of Research, said in the release. &ldquo;Much of the current pharmacologic treatment of combat-related PTSD is off-label and, while there are anecdotal information and small trials supporting that usage, this effort will seek to provide clinicians with a higher level of evidence when choosing a drug.&rdquo;

The first clinical trial is scheduled to begin in 2013 and will evaluate several commonly prescribed off-label drugs being used to treat PTSD and its symptoms, the release said. The study will involve dozens of military and collaborator medical facilities and hundreds of patients. Future trials also might include the development of specific compounds that show promise in combating PTSD, Wynn said.

The Army plans to publish the results from the first trial in 2016 and share the findings with the broader behavioral health community, the release said. It also plans to submit the findings to the FDA to support the approval of selected medications where deemed appropriate.

&ldquo;The overall goal will be to provide better guidance to clinicians who treat combat-related PTSD so service members and veterans receive the highest level of care,&rdquo; Wynn said in the release. &ldquo;For pharmaceuticals that show benefits in treating combat-related PTSD, the Department of Defense may work toward a new indication or change in labeling.&rdquo;