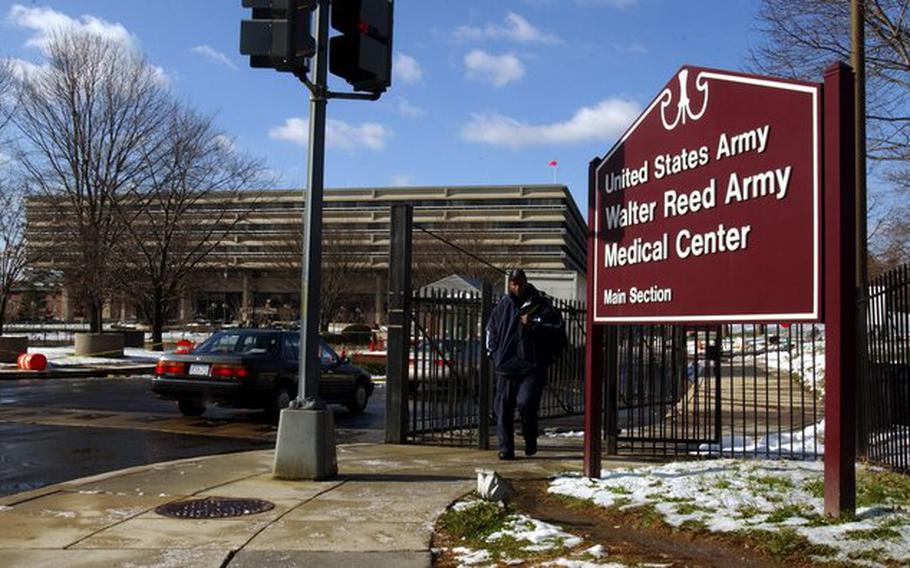 WASHINGTON &mdash; Hundreds of wounded and sick servicemembers will be on the move in August as Walter Reed Army Medical Center enters its final weeks in existence.

About 445 troops currently are recuperating at the 102-year-old facility in Washington, D.C., which is slated for closure next month. Two-thirds of patients will be transferred in August to the new Walter Reed National Military Medical Center in Bethesda, Md., opening on the current grounds of Bethesda National Naval Hospital.

The decision to close Walter Reed was one of the cost-savings measures outlined by the Base Closure and Realignment Commission in 2005. The new Walter Reed will be the U.S. military&rsquo;s largest hospital and will focus on the most complex care, Vice Adm. John Mateczun, commander of Joint Task Force National Capital Region Medical, said Tuesday.

&ldquo;It will concentrate on what we would call tertiary and subspecialty care &mdash; very expert kinds of care, for instance, transplants and things that we don&rsquo;t want to replicate in many places,&rdquo; he said.

Seriously injured Iraq and Afghanistan veterans will head to Bethesda, while the new Fort Belvoir facility will care for patients who are &ldquo;more ambulatory,&rdquo; Mateczun said.

Plenty of operating rooms will remain open at both the old and new Walter Reed facilities to handle incoming casualties during the handoff, officials said.

Tricare patients, nearly 40,000 of whom receive primary care at the current location of Walter Reed, are being transferred to the Bethesda facility or other locations around the Washington area, officials said.

The cost of the hospital realignment blew far past the original budget. The base closure commission had estimated the cost at approximately $1 billion, Mateczun said, but the final cost for reconstruction and renovation tallied $2.6 billion

New requirements added to the cost, he said, including one for single-patient rooms that was added in the wake of a 2007 Washington Post series that exposed shoddy treatment at Walter Reed. The rising cost of steel in the wake of Hurricane Katrina also hurt the bottom line, he said.

&ldquo;There have been cost adjustments as we&rsquo;ve gone, but it was the determination of the (Defense) Department to really get to this world-class standard,&rdquo; Mateczun said.

The deadline for the handover from the old Walter Reed to the new facility is Sept. 15, but officials on Tuesday said all patients will be in their new locations by the end of August.

&ldquo;This is a short drive, but even on short drives something can go wrong,&rdquo; Coots said. &ldquo;We&rsquo;re planning for the worst and hoping for the best.&rdquo;