Army to form stronger relations with Bulgaria in joint exercises 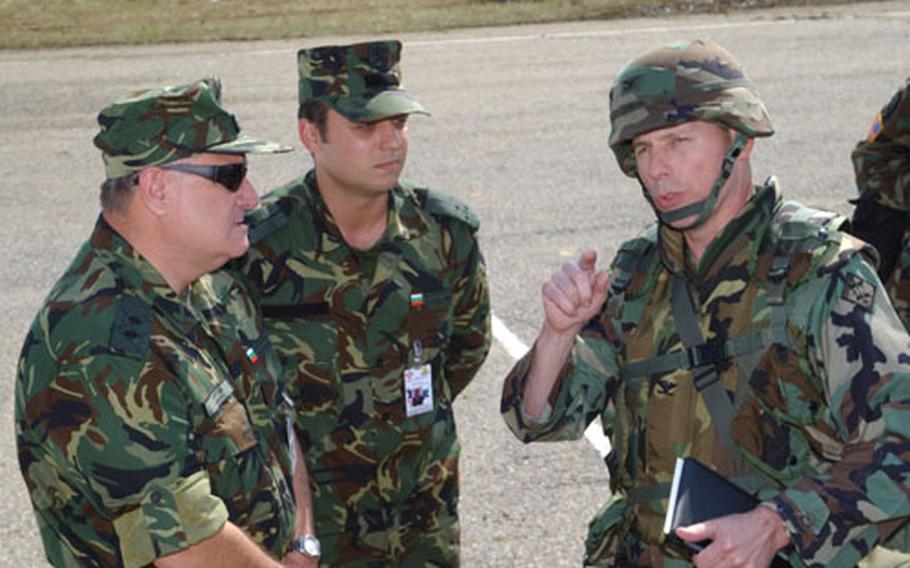 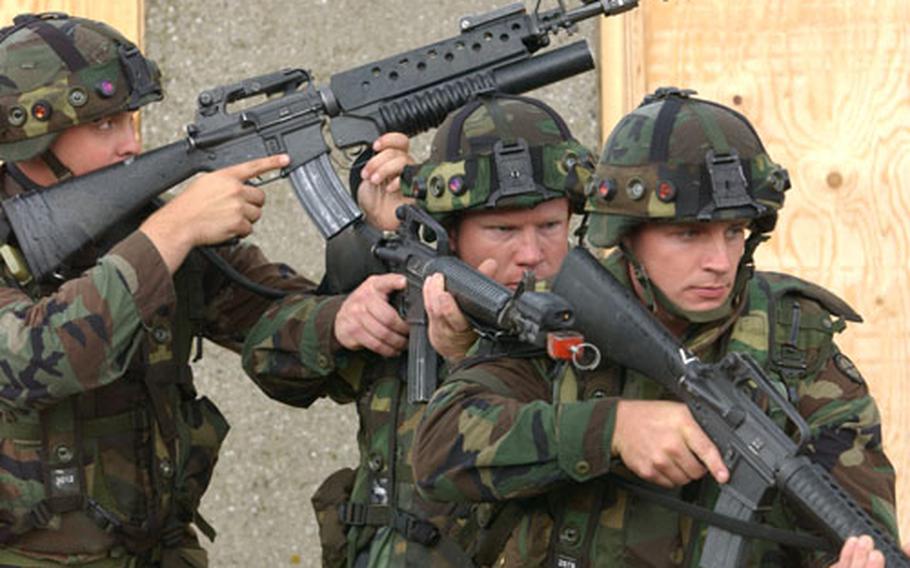 Soldiers from Company A, 2nd Battalion, 130th Infantry Regiment of the Illinois National Guard, prepare to enter and clear a building Thursday at the Novo Selo Training Area in Bulgaria. Pictured, from left, are: Sgt. Timothy Webster, Sgt. Kedric Lambert and Spc. John Farrar. The soldiers hail from Mattoon, Ill., and are training in Bulgaria for three weeks during Bulwark 04, an exercise headed by the U.S. Army Europe&#39;s 18th Engineer Brigade. (Courtesy of 7th Army Training Command Viper Team)

NOVO SELO TRAINING AREA, Bulgaria &#8212; To forge stronger ties in its budding relationship with Bulgaria, U.S. Army Europe is conducting the largest joint exercise with the former East bloc country since Bulgaria joined NATO in May.

About 270 active-duty and 500 National Guardsmen and reservists from Alabama and Illinois are also participating in the training held at the Novo Selo Training Area.

The Germany-based 18th Engineer Brigade, the 7th Army Training Command and the 21st Theater Support Command are supporting the exercise.

Most of the camp&#8217;s tents, construction supplies and other equipment was at Camp McGrath, Kosovo, and Camp Able Sentry in Macedonia, both of which have been closed.

&#8220;As our forces have gotten smaller, we&#8217;ve consolidated a little bit,&#8221; said Col. Michael Flanagan, deputy commander of the 18th Engineer Brigade. &#8220;So the cost of building this life support area was greatly reduced because it&#8217;s already-owned government property.&#8221;

Troops participating in Bulwark are simulating live-fire combat scenarios, including NATO small-unit tactics, and using the latest combat technology, such as the Deployable Instrumentation Systems in Europe, or DICE.

&#8220;They&#8217;ve got this really wonderful range out here that allows you to do a lot of live-fire maneuver training and a MOUT facility that is pretty extensive,&#8221; Flanagan added, referring to the Military Operations Urban Terrain course that simulates urban warfare.

&#8220;It is a great opportunity for the 18th to establish our skills which is going into a new location, establishing a command control headquarters, developing a life support area and then receiving soldiers to conduct the mission,&#8221; Flanagan said.

The Bulgarian military is supporting coalition forces in the Middle East with a battalion of 480 Bulgarian infantry soldiers stationed in Karbala, Iraq, under the command of Polish military.