Army to deploy units from Fort Campbell and Fort Bragg 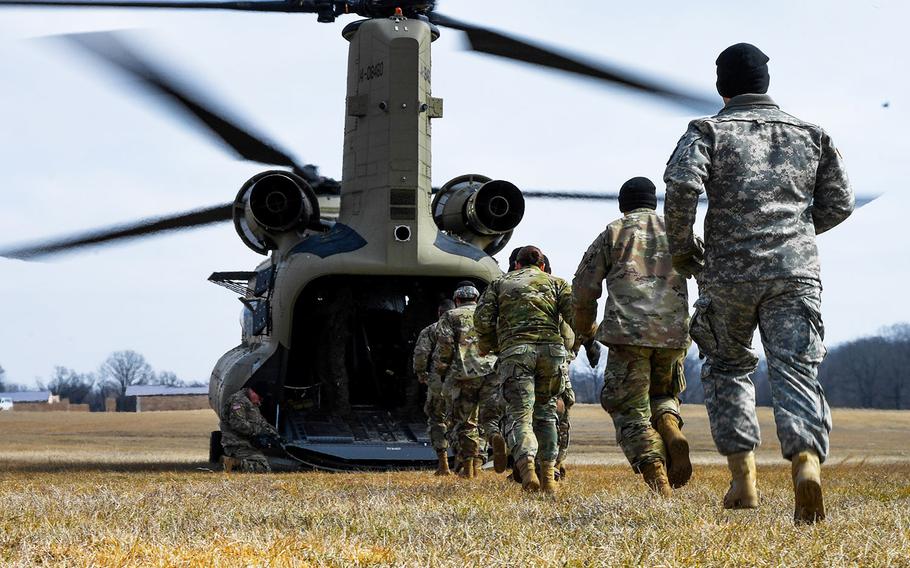 The Army will deploy a Fort Campbell brigade to Afghanistan and a Fort Bragg headquarters unit to Iraq later this year, the service announced Tuesday.

The 101st Combat Aviation Brigade, which is part of the 101st Airborne Division out of Fort Campbell in Kentucky, will deploy to Afghanistan during the summer. The XVIII Airborne Corps Headquarters unit from Fort Bragg in North Carolina will deploy to Iraq in the fall, according to an Army news release.

The 101st CAB will replace the 3rd Combat Aviation Brigade of the 3rd Infantry Division based at Fort Stewart in Georgia as part of a regular rotation of forces to support Operation Freedom’s Sentinel, according to the release. The majority of the brigade’s soldiers will deploy and are expected to return in the spring of 2019, said Capt. Kris Sibbaluca, a brigade spokesman. He said the brigade will provide aviation support to troops on the ground using Black Hawk, Chinook and Apache helicopters.

“The deployment will be a challenge. However, we do not doubt that our soldiers are ready.” said Col. Craig Alia, the 101st CAB commander.

The XVIII Airborne Corps, under command of Lt. Gen. Paul LaCamera, will replace III Corps Headquarters of Fort Hood in Texas as part of a regular rotation of forces to support Operation Inherent Resolve. The corps will oversee this combined joint task force fighting the Islamic State within Iraq and Syria and set conditions for follow-on operations to increase regional stability, according to the operation’s website.

Since Inherent Resolve began in late 2014, the XVIII and III Corps have alternated deployments by their headquarters units. A spokesperson for the XVIII said the deployment will last as long as necessary. In the past, these rotations have lasted about one year.