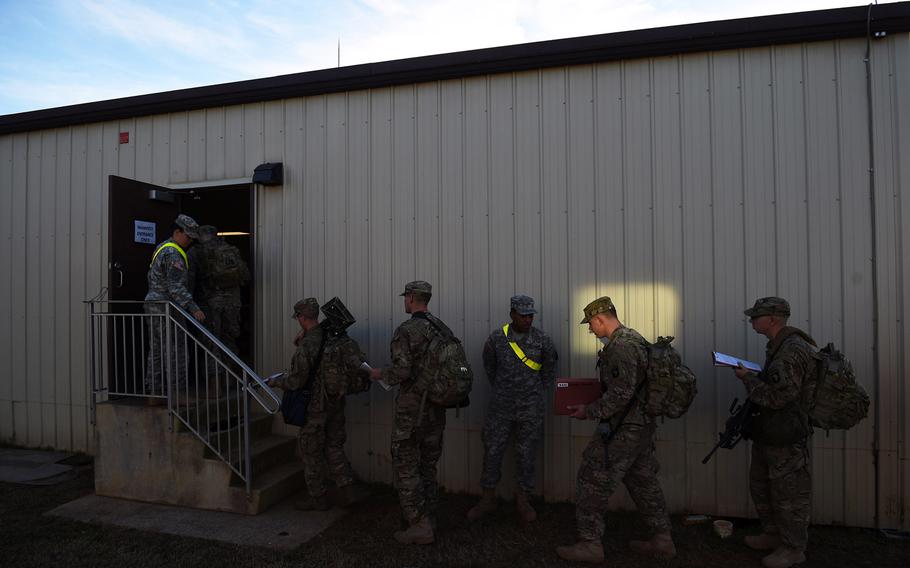 WASHINGTON — The Army on Wednesday announced deployments this spring and summer for four U.S.-based units, calling them regular troop rotations.

The announcements did not identify how many soldiers from the Army posts would deploy, following recent Pentagon guidance not to disclose such information because of security concerns, officials said.

Fort Drum’s 10th Mountain Division Headquarters will replace the Army’s 1st Armored Division Headquarters in Iraq, taking over the role of Combined Joint Forces Land Component Command for Operation Inherent Resolve, according to the Army. In that role, 10th Mountain Headquarters, led by division commander Maj. Gen. Walter E. Piatt, will oversee the ongoing training and advising of Iraq’s security forces, a mission that has continued following the Islamic State’s loss of all the land that the terrorist group once controlled in Iraq.

The Fort Stewart-based 1st Armored Brigade Combat Team, 3rd Infantry Division will deploy to South Korea to replace the 2nd Armored Brigade Combat Team, 1st Cavalry Division, according to the Army. It will make the first time a 3rd Infantry Division unit has returned to the Korean Peninsula since 1953, when the Korean War ended. The division participated in major battles of that war, including the Battle of the Chosin Reservoir.

Since 2015, the Army has rotated combat brigades to South Korea on temporary assignments, where they train side-by-side with that nation’s forces in an effort to guard against North Korean aggression. The 2nd Armored Brigade Combat Team, 1st Cavalry Division has served that role since June.

Fort Hood’s 1st Armored Brigade Combat Team, 1st Cavalry Division will deploy to Europe in the summer in support of Operation Atlantic Resolve, the U.S. mission to train with and support NATO allies and deter Russian aggression in the region following their intervention in Ukraine.

The brigade will replace 2nd Armored Brigade Combat Team, 1st Infantry Division, which arrived in Europe in September with nearly 4,000 troops and has participated in training operations in nations across the continent.