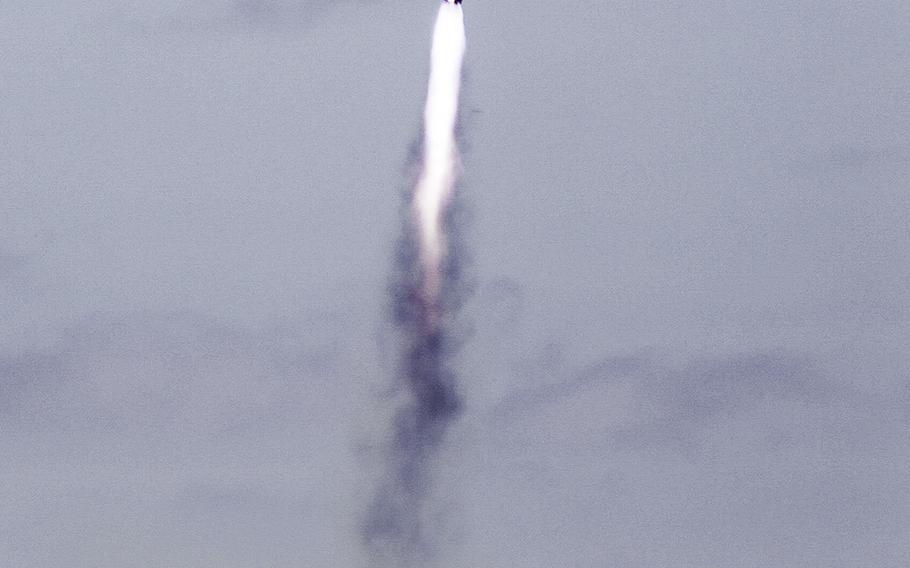 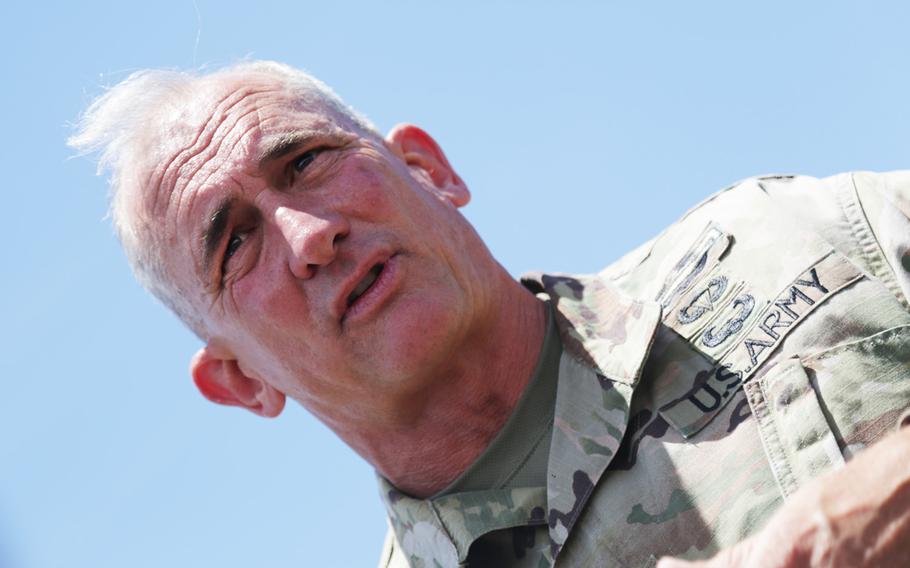 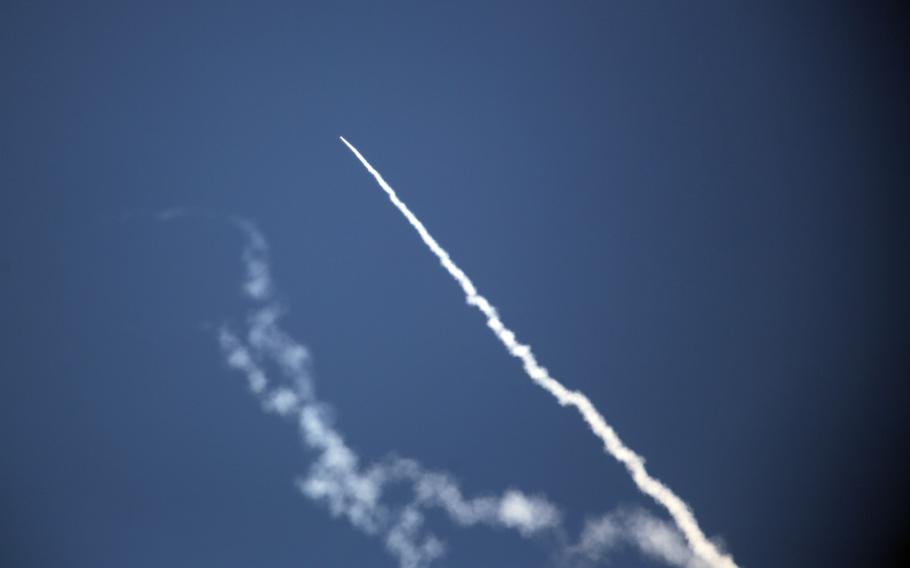 BARKING SANDS PACIFIC MISSILE RANGE, Hawaii — The Army has, for the first time, fired a naval strike missile at a target ship in an effort to create a force that can overwhelm an enemy with attacks from multiple sources.

“I will tell you, you’re seeing the future,” Gen. Robert Brown, commander of U.S. Army Pacific said Thursday after the missile launched from the shoreline of Hawaii’s Kauai Island.

Brown and a group of military observers and VIPs watched the experimental Norwegian-made missile strike the test ship 60 miles offshore via television screens under a tent near the launch area.

The test was commanded by the Army’s Multi-Domain Task Force set up during the month-long Rim of the Pacific exercise in Hawaii.

“We need to present multiple dilemmas ... that hit [the enemy] and cause them incredible disruption and give us a huge advantage,” Brown said.

During a speech Harris gave at a Honolulu conference devoted to Army land forces in the Pacific in 2017, he envisioned a joint-service forward-deployed force that could mix-and-match its surveillance sensors and firepower seamlessly. Such a force would not be limited by domain, be it air, sea, land, space or cyber, nor the service in which a warfighter was in.

The Army’s test missile struck the USS Racine, a tank landing ship that was also watched and attacked by planes, helicopters, missiles and rockets operated by the Army, Air Force and Japanese Self-Defense Force.

First came rockets fired by Army Apache helicopters, then the naval strike missile and a volley from the Army’s High Mobility Artillery Rocket System, or HIMARS.

That was followed by two Japanese Type 12 Surface-to-Ship Missiles and another HIMARS barrage.

In battle these attacks would take place simultaneously or in close sequence. The test firing at RIMPAC was done over a five-hour period.

To keep the ship afloat the test missiles and rockets lacked warheads or carried minimal explosives.

“There are so many attacks on the ship sequenced today, and we want the ship to still stand at the end of it so some of them were designed not to sink the ship on the first shot,” said Col. Chris Wentland, the task force commander, before the final firing sequence. “There was damage to the structures on the top but not the hull.”

The goal wasn’t to see how fast the ship could be sunk but to test the task force’s ability to command and communicate across services and weapons systems to coordinate an attack.

“We’re testing this concept in multiple exercises to see if it’s close to being right and what shortfalls we have so that the Army can determine what new systems are needed to close the gaps,” Wentland said.

He described the day as a “monumental series of firsts.”

Brown said it was “first time ever in history” to have a Japanese Self-Defense Force weapons system under U.S. fire control, working with both the Army and Air Force.

The Royal Norwegian Navy and the firm Kongsberg Defense Systems developed the naval strike missile fired by the Army, which is testing it for possible purchase.

“We’re going to learn a lot for this,” Brown said. “If some things don’t work, you’re not pushing yourself hard enough.

“There’s no doubt, I’m positive, that the future is multi-domain operations.”