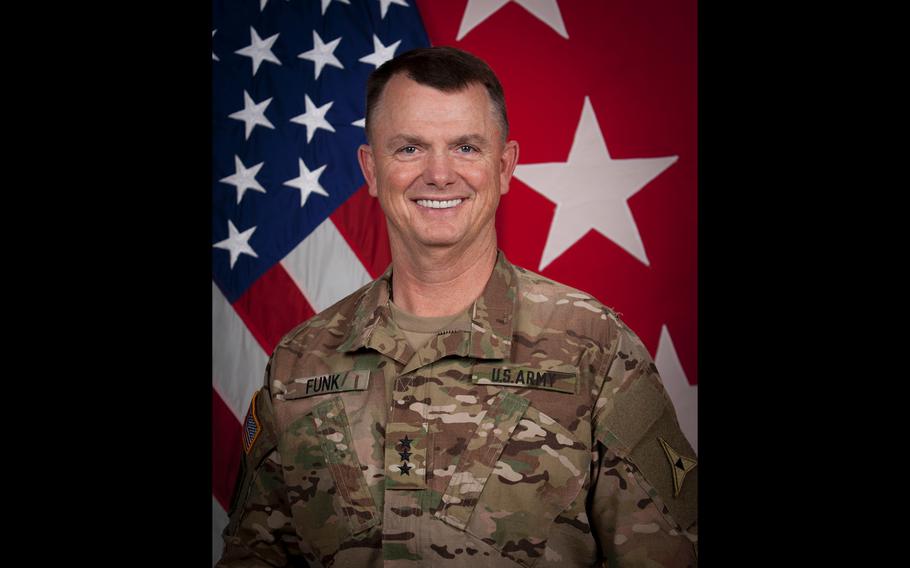 SAN ANTONIO — The Army announced Friday that a new commander will take the reins this summer in the fight against Islamic State, as the fall of Mosul in Iraq looms and focus increases on Raqqa in Syria.

About 250 soldiers from the III Corps Headquarters at Fort Hood will deploy this summer across Kuwait and Iraq to take on operational control of Operation Inherent Resolve, the U.S.-led coalition assembled to defeat ISIS, an Army news release stated.

It is the third scheduled rotational deployment of a Corps command to lead the operation since 2015, when Lt. Gen. Sean MacFarland, then the III Corps commander, was tasked with leading the effort.

Townsend, who arrived in Iraq with the Fort Bragg-based XVIII Airborne Corps in August, oversaw the offensive in Mosul, which began in October and took back eastern and parts of the western portion of the city. Coalition forces are now grinding toward tight alleys and streets of the Old City section, one of few remaining ISIS strongholds.

Funk took over command of Fort Hood and III Corps this year, Stars and Stripes reported in January. His previous post was at the Pentagon as assistant deputy chief of staff of the Army.

On Friday, the Army also announced about 3,500 hundred soldiers also from Fort Hood are slated for a regular rotation deployment to South Korea.

The 2nd Armored Brigade Combat Team, 1st Cavalry Division in Texas will replace a brigade based at Fort Riley in Kansas, which is wrapping up a nine-month tour, a news release stated.

Pressure and scrutiny has mounted on the Korean Peninsula in recent months as North Korean leader Kim Jong-Un continues testing ballistic missiles, launching one as recently as May 14.