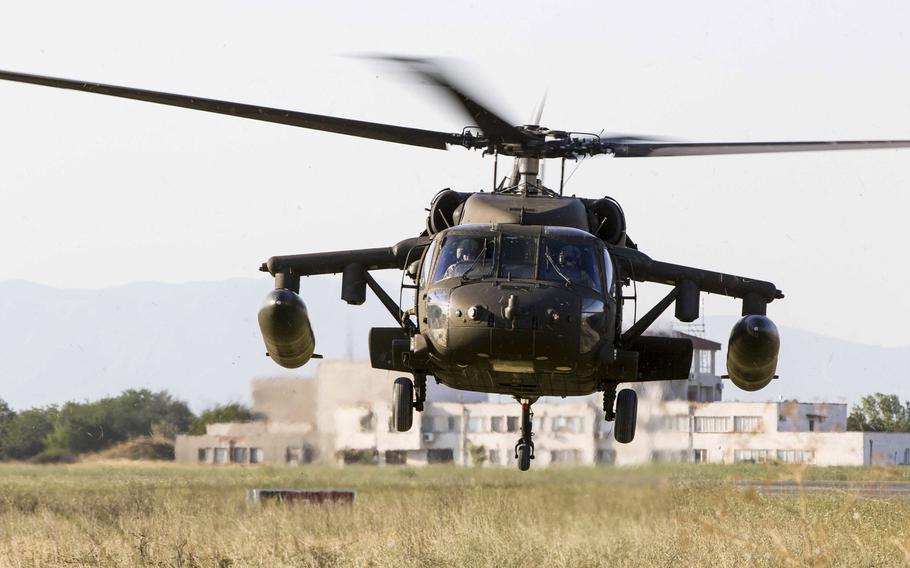 The Fort Hood, Texas-based 1st Air Cavalry Brigade, 1st Cavalry Division will send 1,900 soldiers to Europe later this fall to maintain a steady presence of Army airpower on the Continent.

“Air Cav troopers are trained and ready to showcase our dynamic aviation capabilities through multinational exercises with our NATO allies and partner nations,” brigade commander Col. Phillip C. Baker said in a statement on Wednesday.

The unit will replace the 10th Mountain Division’s 10th Combat Aviation Brigade, which has been deployed to Europe since February. It has conducted operations along NATO’s eastern flank with 50 Black Hawks, 10 tandem-rotor Chinook helicopters and a supplement of Apache attack helicopters from a Fort Bliss aviation battalion.

The 10th CAB’s arrival in Europe came just after to the deployment of a heavy brigade, which arrived in January.

The moves were part of an Army effort to ensure a “heel-to-toe,” year-round presence of tank and aviation brigades in Europe, where the military was sharply downsized after decades of drawdown.

The incoming brigade will bring tanks, trucks and other equipment, which will arrive in Germany and Poland by mid-September.

Rotational ground and aviation troops in Poland and the Baltics are a core component of the U.S. Army in Europe’s Operation Atlantic Resolve — the mission to reassure allies worried about a resurgent Russia.