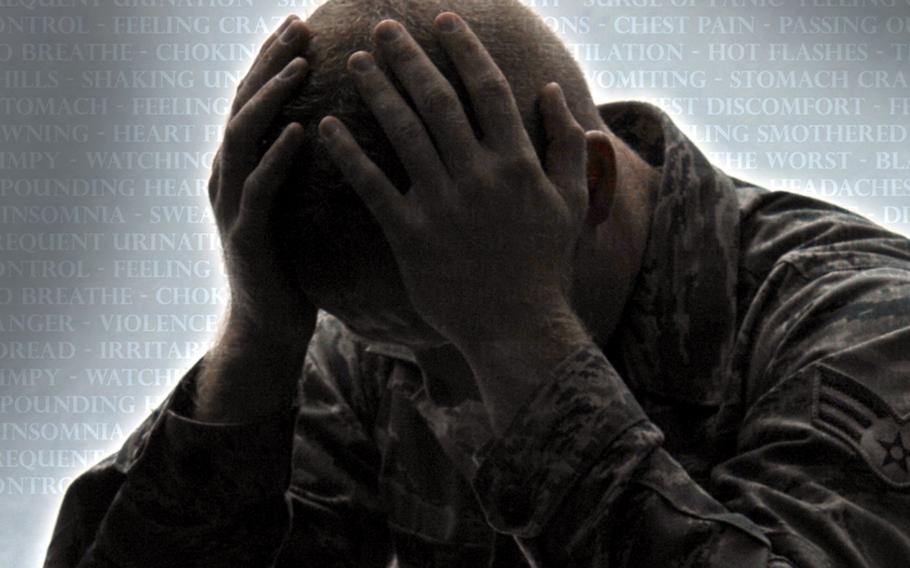 HEIDELBERG, Germany &mdash; As many as 23 soldiers took their own lives in August, the Army reported this week, five fewer than reported in July.

Among Army reserve-component soldiers, there were 10 likely suicides in August, the Army reported. The previous month, 16 deaths were being investigated as possible suicides, and eight of those have been confirmed.

The numbers are also less than in June, when the Army reported 32 suicides, the highest monthly total since January 2009 &ndash; and about the same number of troops killed in Afghanistan.

The Army report comes as the service continues to try to address a suicide rate that rose alarmingly in the past few years and has proved tough to bring down.

The Army has been trying to address its suicide problem with new mental health programs, more counselors, hotlines, guidelines, studies and task forces. In August of 2009, for example, the Army and the National Institute of Mental Health said they planned a five-year, $50 million effort to better identify the factors that cause some soldiers to take their own lives.

Suicide is a complex phenomenon, and experts say although the wars in Iraq and Afghanistan, repeated deployments and an unforgiving operations tempo are factors, they are not the sole factors.

According to a suicide prevention task force report in July, 79 percent of the soldiers who committed suicide had only one deployment, or had not deployed at all. Most suicides occurred within the first year of enlistment, the report said, and 60 percent occurred within four years of a soldier&rsquo;s enlistment.

&ldquo;For us to blame this thing just on the war would be wrong,&rdquo; Gen. Peter W. Chiarelli, the vice chief of staff of the Army, said in July at a news conference about the task force&rsquo;s report.

The report blamed the suicides, in part, on a leadership pre-occupied with fighting wars and letting risky behaviors by soldiers in garrison go unchecked. It recommended more than 240 additional changes to Army policy, procedure and processes.

&ldquo;There are instances where a leader&rsquo;s lack of soldier accountability resulted in suicide victims not being found until they had been dead for three or four weeks,&rdquo; the report said.