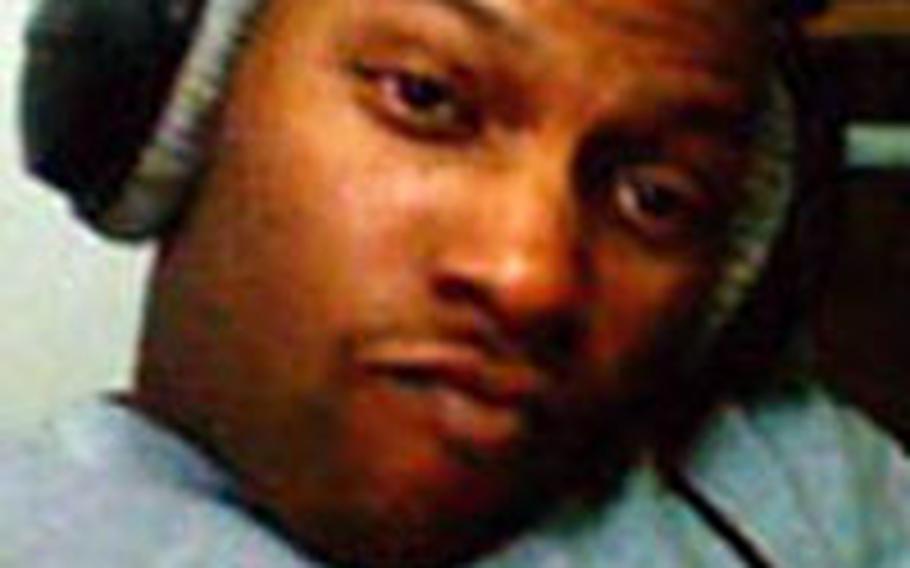 ARLINGTON, Va. &#8212; An Army specialist is in jail, accused of making threats against fellow soldiers, including in a vulgar, violent rap song that describes shooting those responsible for his stop-loss orders.

Spc. Marc Hall, an Iraq veteran based at Fort Stewart, Ga., has been in custody since early December. He&#8217;s been charged with &#8220;conduct prejudicial to the good order and discipline of the armed forces,&#8221; allegedly threatening violence on multiple occasions, according to Army charge sheets.

Hall is accused in various specifications of threatening to &#8220;go on a rampage,&#8221; attack other soldiers if he was deployed, and shoot the brigade and battalion commanders.

Another count accuses him of distributing &#8220;original songs wrongfully threatening acts of violence against members of his unit.&#8221; Hall reportedly mailed a copy of the song to the Pentagon after receiving his stop-loss orders over the summer. The song, posted on Hall&#8217;s personal Web site, does not name anyone specifically.

&#8220;[Expletive] you colonels, captains, E-7 and aboveYou think you so much bigger than I am? ...I&#8217;m gonna round them up all eventually, easily, walk right up peacefullyAnd surprise them all, yes, yes, y&#8217;all, up against the wall, turn aroundI got a [expletive] magazine with 30 rounds, on a three-round burst, ready to fire downStill against the wall, I grab my M-4, spray and watch all the bodies hit the floorI bet you never stop-loss nobody no more.&#8221;

&#8220;The chain of command has a legal obligation to the citizens of the United States to investigate and deal fairly with SPC Hall&#8217;s alleged misconduct,&#8221; Kevin Larson, a spokesman at Fort Stewart, said in an e-mail. &#8220;Anything less would be irresponsible to our citizens and soldiers.&#8221;

James Klimaski, a Washington-based lawyer, said that Iraq Veterans Against the War, an anti-war group to which Hall belongs, is trying to raise enough money for Hall to hire him as his civilian attorney. While Hall is jailed, his unit has deployed to Iraq without him, according to Klimaski.

Hall&#8217;s song is just a song and should not be taken literally, the lawyer said.

Klimaski also downplayed the allegations that Hall made additional threats.

Hall&#8217;s arrest came a little more than a month after Army psychiatrist Maj. Nidal Malik Hasan was accused of killing 13 people at Fort Hood, Texas. Afterward, the military and law enforcement services were criticized for failing to heed what many said were signs that Hasan might commit violence. Among the signs were online postings sympathizing with Muslim suicide bombers and his vocal assertions that wars in Iraq and Afghanistan were wars against Islam.

Klimaski added that those who are a true threat typically don&#8217;t advertise their intentions.

See the charge sheet.Spc. Marc Hall&#39;s Web site.(CAUTION:The song, the lyrics of which may be considered offensive, will begin playing when the site is accessed.)