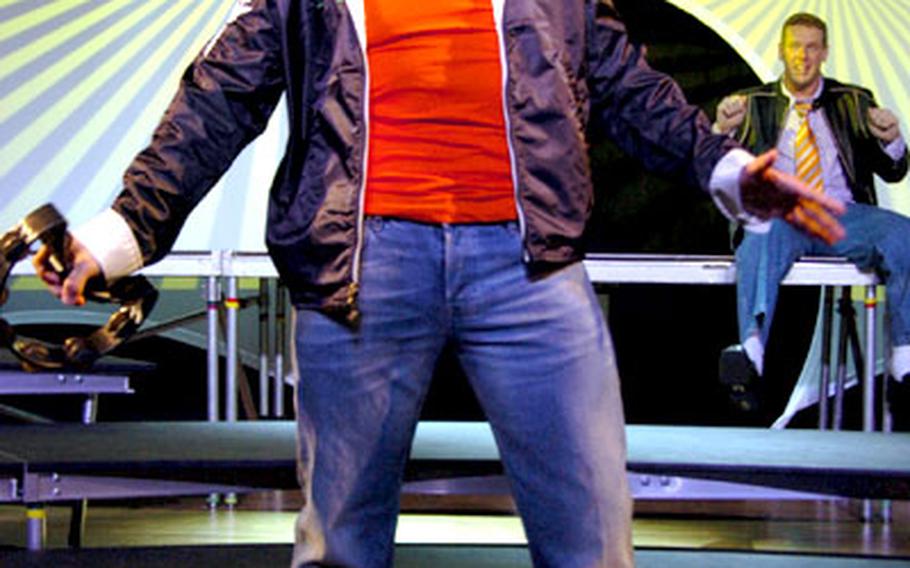 The free performance is scheduled for 7 p.m. Sunday in the Yano Fitness Center.

The show, which opened May 6 at Fort Belvoir, Va., features a variety of new rock, country, gospel, rhythm and blues, new age, patriotic and movie selections. The theme of this year&#8217;s version is &#8220;Operation America Cares,&#8221; a song-and-dance display about soldiers who long for familiarity and America&#8217;s affection as they carry out the global war on terrorism.

According to a U.S. Army Community and Family Support Center news release, the cast consists of 16 performers selected from more than 400 soldiers who survived a grueling audition process. Applicants had to submit packages that included videotapes, biographies, photographs and letters of recommendation from commanders.

Performers also must have outstanding military records and demonstrate a &#8220;passion for music, dance and performing,&#8221; the release stated. A new cast is chosen each year.

The show is assembled in six weeks, then tours for more than six months, conducting 102 performances in 50 locations across the continental United States, Alaska, South Korea and Japan.

This year&#8217;s troupe includes active-duty and Reserve soldiers from 14 states, according to the release. They come from 19 different units and installations across nine states and South Korea, and vary in rank from private first class to first lieutenant. A UH-60 Black Hawk helicopter pilot and counterintelligence agent are among them, as are troops from infantry, transportation, military police, medical, intelligence, aviation, signal and other tactical backgrounds.

The U.S. Army Soldier Show tour, sponsored by the Army National Guard and AT&T, is slated to end Nov. 13 back at Fort Belvoir.