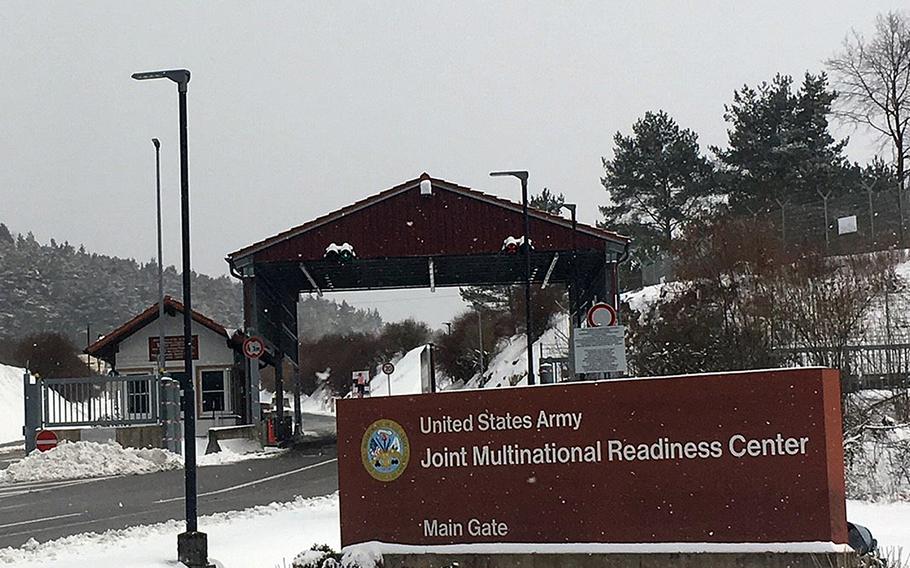 The U.S. military is working with the German government to help it find 200 rental properties for the growing number of American troops coming to Hohenfels in Bavaria. The properties should be within a 30-mile radius of the main gate of the Hohenfels Training Center, the military has said. (Martin Egnash/Stars and Stripes)

GRAFENWOEHR, Germany — The Army has asked the German government to help it find hundreds of homes near Hohenfels to house the growing number of troops coming to the training area, officials said this week.

“The U.S. Armed Forces have formally requested that the German Federal Real Estate Agency (BImA) procure 200 residential units in the Hohenfels area,” BImA said in a statement emailed to Stars and Stripes.

The military wants the housing to be within 30 minutes of the Hohenfels training area’s main entrance, the statement said.

The training area, in the Neumarkt district of Bavaria, is home to the Joint Multinational Readiness Center, the only Army combat training center outside the U.S. for American and allied forces.

“For Exercise Combined Resolve, there are 5,100 troops that rotate every nine months for training at Hohenfels,” JMRC spokeswoman Joyce Costello said.

The number of troops in Hohenfels has been rising for several years, she said. Many of them are coming to the town with their families, BImA said in its statement.

Housing units made available to the U.S. military can be new construction or come from existing stock, BImA said.

Ten-year lease agreements would be established between the military — not individual service members — and landlords, the German agency said.

Rents charged for the properties must be in line with market rates, it said.

While data were not immediately available for average rents in Hohenfels, houses in the nearby town of Parsberg rent out for between 6.05 euros and 6.25 euros per square meter — just under 11 square feet — according to a story on the Capital.de website. That would amount to about $1,015 per month for 1,650 square feet.

However, housing for Americans near U.S. bases tends to rent for higher prices due to demand. An E-5 with dependents is eligible for $1,876.49 per month in rent for the Hohenfels area, according to the military’s most recent overseas housing allowance rate, which varies based on pay grade and dependent status.

A message inviting homeowners and builders to offer rental properties to the U.S. military will be published in regional newspapers by the end of the month, BImA said.

Stars and Stripes reporter Immanuel Johnson contributed to this report.kloeckner.marcus@stripes.com