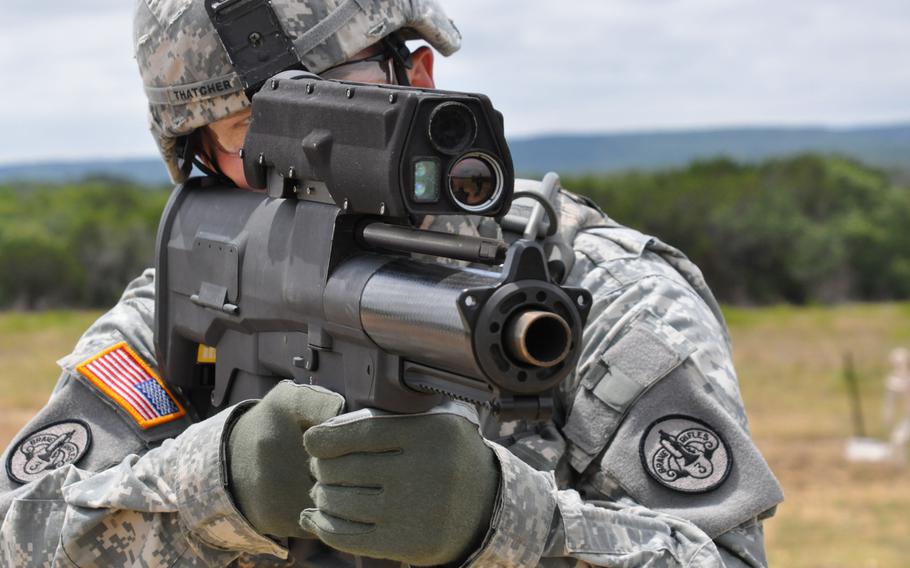 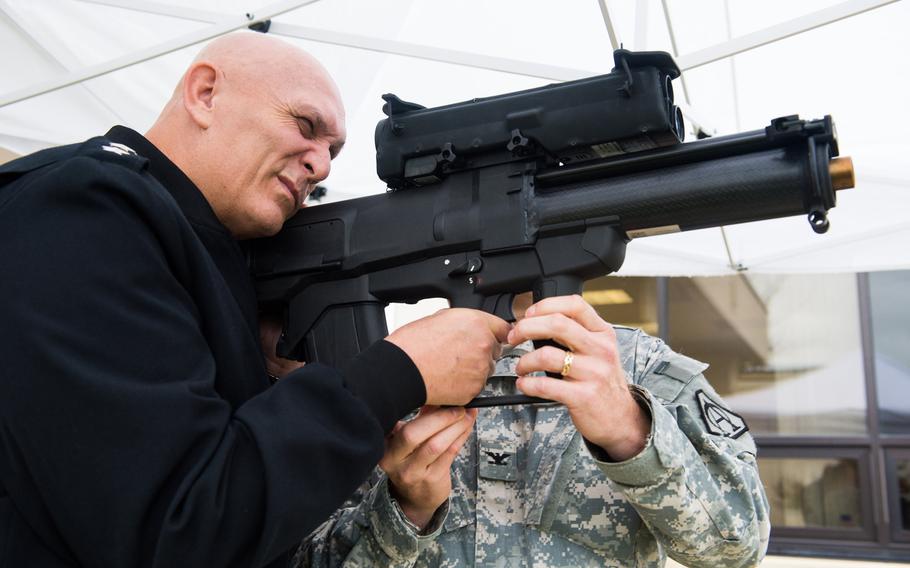 The Army has formally terminated its effort to develop a 25 mm airburst weapon, the largest of nearly three dozen ways a Pentagon watchdog has said the military could save $2.3 billion in defense spending.

The ill-fated weapon, known as the XM25 and nicknamed “The Punisher,” was once hailed as a game-changer for ground troops who would be able to use it to target enemies hiding behind cover. But it came under closer scrutiny several years ago after schedule slippage, cost overruns and aborted operational testing in Afghanistan.

In 2016, the Pentagon inspector general recommended that the Army consider ending the program and instead invest its nearly $1 billion in funding elsewhere. The program remained in limbo since early last year, when the Army canceled its contract with main contractor Orbital ATK Inc., but an Army official overseeing the effort could not clarify its overall status.

The shoulder-fired, semi-automatic weapon was designed to fire 25 mm high-explosive grenades that burst in mid-air over enemy troops taking cover behind walls or inside bunkers or trenches where they’re difficult to hit.

This week, Army officials said that the service’s top acquisition official had signed a memorandum terminating the program on July 24, after a negotiated settlement with Orbital ATK that allowed the military to retain intellectual property rights and hardware developed as part of the effort.

“After cancelling the program last year, the Army has since received rights to the program’s research and development,” Lt. Col. Isaac Taylor, an Army spokesman, said Thursday in a statement. “This is in addition to the 20 existing XM25 systems — to include high explosive air-burst and target practice rounds — that the Army garnered as part of the negotiated settlement.”

The statement came in response to a report from the Pentagon IG last week highlighting the program in a list of more than 1,500 recommendations for cutting waste or improving efficiency.

Operational testing of the XM25 in Afghanistan from 2010 to 2013 delivered mixed results and was halted after three soldiers were slightly injured by malfunctions. After an initial assessment, an Army Ranger unit had reportedly refused to take the cumbersome weapon on a raid in place of a primary weapon like an M4.

A key complaint was that the weapon’s basic load of 36 rounds was heavy and easily depleted during direct-fire engagements, an IG audit report said in 2016, when the watchdog first recommended that Army leaders decide whether to close the weapon program after further testing that year.

After the IG released its first compendium listing nearly 1,300 unresolved recommendations last summer, DOD made a concerted effort to address those items, resolving more than 400 of them.

“We believe it is important for the OIG to track, report on and focus attention on those recommendations,” said Glenn Fine, acting head of the Pentagon’s Office of Inspector General, or OIG, in a video that accompanied the release of the latest list.

“We believe these concerted efforts ... are a positive step and an important outgrowth of our compendium,” he said.

This year’s compilation of recommended cuts and corrective actions includes hundreds of new items alongside many that have lingered for years. The oldest is a 2006 call for the services and key defense agencies to overhaul security clearance policies.

Some 30 of the suggested actions say the Pentagon could better use its funds or recoup money already spent, such as a nearly five-year-old recommendation that the Defense Logistics Agency Troop Support recoup premium transportation fees on a contract in Afghanistan that could net an estimated $630 million if enacted.

In another case, the IG estimated that DOD could recover more than $100 million in possible improper charges on a contract for a Counter Narco-Terrorism Technology Program in Afghanistan.

Though the exact potential monetary benefit for the XM25’s cancellation was redacted, a Stars and Stripes analysis of the figures shows it alone could account for around $970 million of the $2.3 billion total potential savings.