Army’s V Corps, with a long history in Europe, is back in action 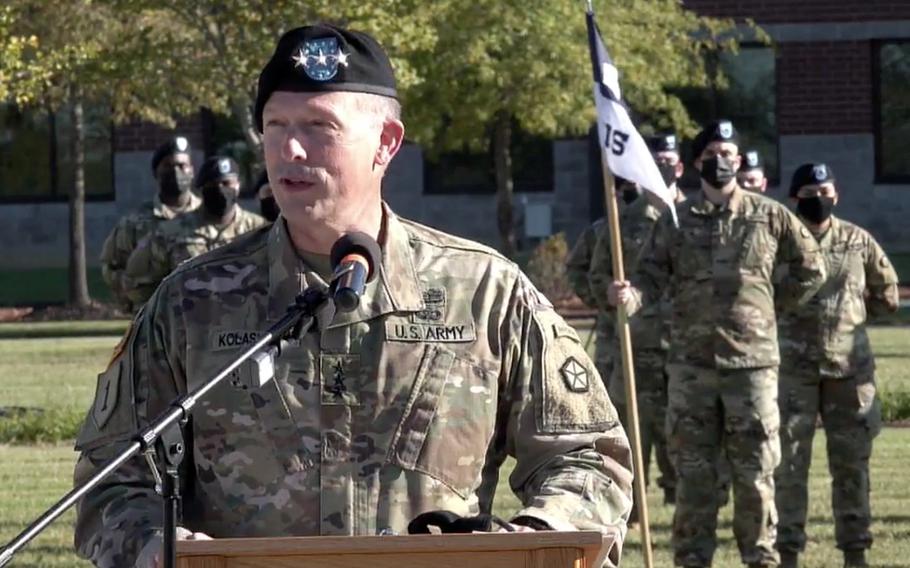 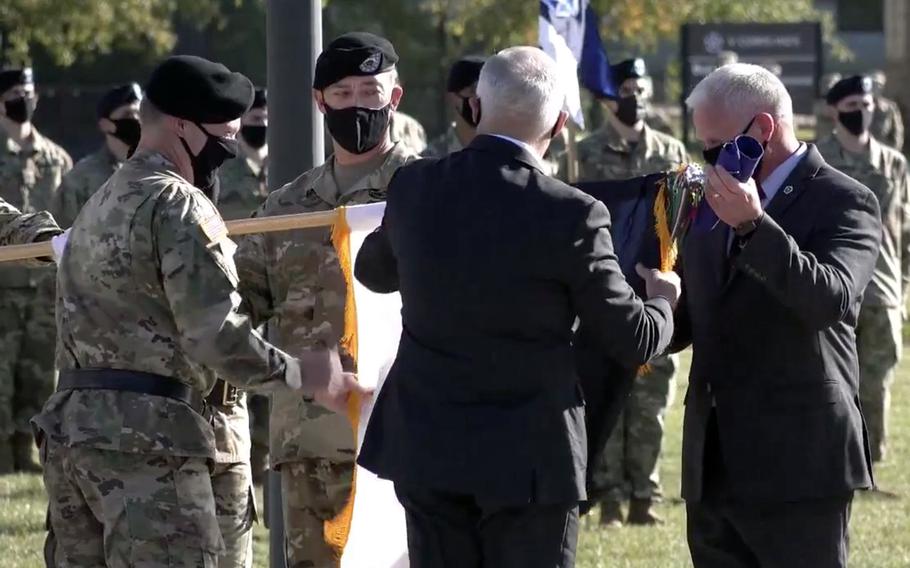 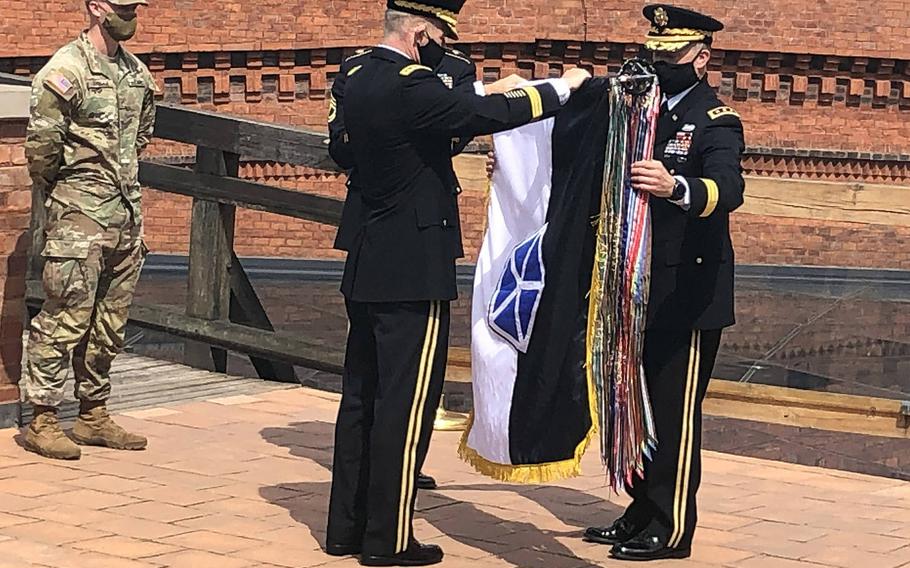 U.S. Army Chief of Staff Gen. James C. McConville and Lt. Gen. John Kolasheski, V Corps commanding general, unfurled the V Corps flag during a ceremony in Krakow, Poland, on Aug. 4, 2020. A portion of V Corps, which was officially reactivated at a ceremony in Fort Knox, Ky., on Oct. 16, 2020, will be based in Poznan, Poland, when it begins a new mission there. (Dani Debehets/U.S. Army) 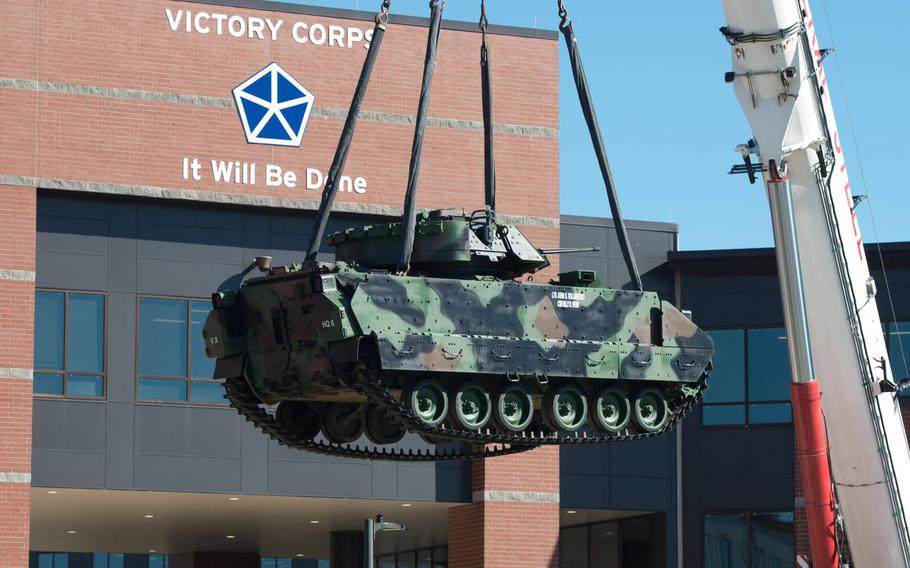 A Bradley Fighting Vehicle is set up in front of the V Corps headquarters at Fort Knox, Ky., Oct. 14, 2020. V Corps officially activated Oct. 16, but it is still not clear when it will send troops to its forward headquarters in Poznan, Poland. (Facebook/V Corps)

STUTTGART, Germany — The Army’s storied V Corps officially reactivated Friday during a ceremony at Fort Knox, Ky., and a small portion of the unit is already on the ground in Poland to take up a new mission.

“We currently have a handful of V Corps troops stationed in Poland and will continue to build capacity throughout the year,” U.S. Army Europe said in a statement.

Full rotations to Poland will begin in the 2022 fiscal year, USAREUR said.

The military announced in February that it was reforming V Corps to bring more command and control support to an expanding Army mission in Europe. In September, the Army selected Poznan, Poland as the site for a command post.

The U.S. and Poland are still working through red tape before fully launching the mission in Poznan, Defense Secretary Mark Esper indicated Thursday. “We also plan to rotate forward the lead element of the Army’s new V Corps into Poland once the appropriate agreements are finalized,” he said during a speech at the annual meeting of the Association of the U.S. Army in Washington.

The reactivation of V Corps will bring the Army much-needed manpower to manage operational planning and mission command, and oversee various rotational forces maneuvering around in Europe. Its main headquarters will remain at Fort Knox under the command of Lt. Gen. John. S. Kolasheski, but 200 out of the unit’s 635 soldiers will be on rotation in Poznan at any given time.

V Corps has a long history in Europe, dating to 1918 when it was activated during World War I. It activated again for World War II and was a fixture in Germany during the Cold War. It also supported the Army during the conflicts in Iraq and Afghanistan but was deactivated in 2013 as part of the Army’s post-Cold War drawdown in Europe.

Its return represents one of several major changes in how the Army is organizing itself in Europe. Earlier this month, it elevated a new consolidated U.S. Army Europe and Africa headquarters into a four-star command, giving the service added clout.

At the same time, however, the Pentagon has announced plans to reduce the number of troops on the Continent in response to a White House directive that called for force levels in Germany to be slashed by 12,000. If those cuts go through, the Army would take the brunt of the reduction with the Vilseck, Germany-based 2nd Cavalry Regiment and its 4,500 soldiers slated to return to the U.S. at some point.