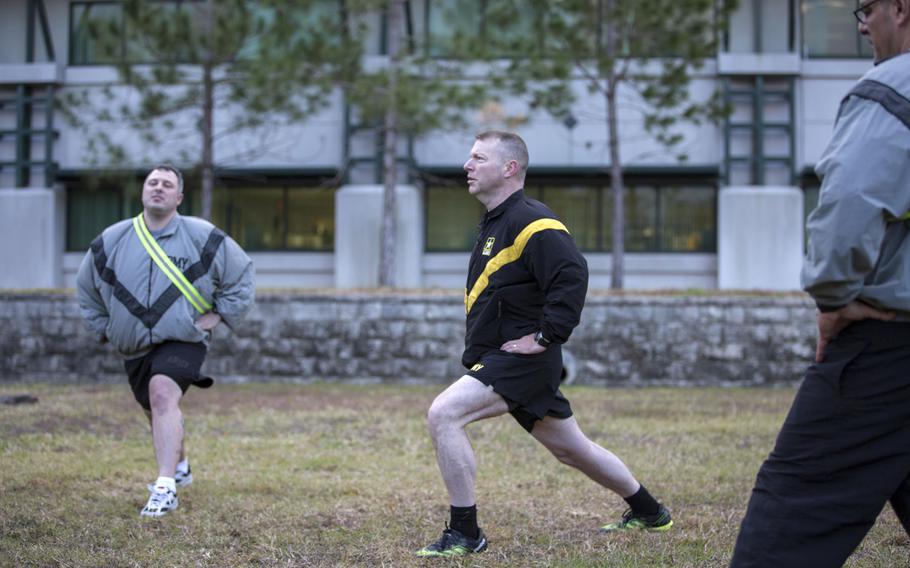 WIESBADEN, Germany — Gender integration, fundamental changes to the enlisted promotion system and an analysis of the benefits of a longer basic training period are among the items on the 2016 agenda for the U.S. Army’s Training and Doctrine Command, its commander said Thursday.

Speaking in Wiesbaden about the Army Operating Concept, a TRADOC document that lays out the Army’s vision for the future, Gen. David Perkins said that his command’s responsibility is to ensure the Army is prepared to operate in a complex world in which change is a constant.

Among those changes is gender integration in all branches and military occupational specialties, which Defense Secretary Ash Carter announced in December.

“What we’ve done in order to prepare is done what is probably the most historically in-depth look at all of our (military occupational specialties) and determined what are the critical, high-physical-demand tasks that each MOS has to perform,” Perkins said. “We’ve put together a physical assessment test that has a high correlation from somebody completing that test and the ability to do the most physically demanding task.”

“When they come in to their recruiting station ... we will start assessing them there,” he said.

Perkins and his team have also been considering the idea of extending basic combat training, but he says no decision has been made as yet.

“We are going back and forth with the Department of the Army, chief of staff of the Army, sergeant major of the Army, laying out options and doing a cost-benefit analysis,” he said. “If we have more time in basic training, what would (we) do with it and how does it add to the product?”

Perkins said that the proposed changes were not a reflection of a lack of fitness of incoming recruits.

“It really has to do with the quality of the output,” rather than any shortcomings among new arrivals, he said.

Finally, TRADOC is on the front lines in the new enlisted promotion system — known as Select, Train, Educate, Promote.

Command Sgt. Maj. David Davenport, the senior noncommissioned officer in the command, said the number of NCOs without the proper degree of military education was not ideal.

“We had over 14,000 noncommissioned officers that had not received the (education) for the grade they were wearing, and of those more than 4,000 had been in grade for three or more years,” he said. “Deferments were a huge problem.”

Under the new system, NCOs are “not going to get promoted until you attend your institutional training,” Davenport said,