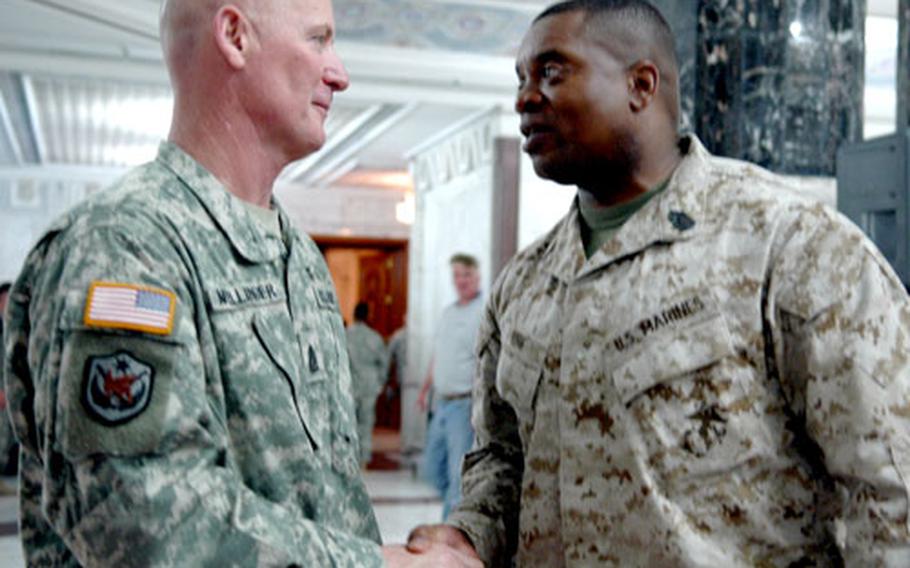 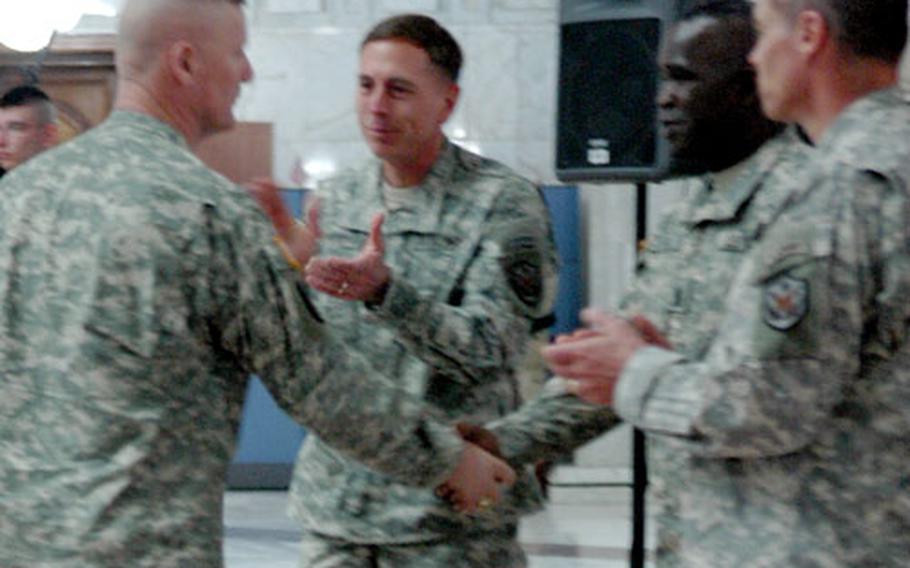 CAMP VICTORY, Iraq &#8212; The former top enlisted soldier in Iraq on Saturday called for a continued mission in the country without a withdrawal deadline as he ended his 33-month tour.

According to the Coalition Press Information Center in Baghdad, Mellinger, 53, of Fairbanks, Alaska, is the Army&#8217;s oldest active-duty member who started as a draftee. On April 18, 1972, Mellinger was drafted and served his first assignment as a unit clerk in Germany.

On Saturday, he finished his most recent combat tour, where his time patrolling Iraq included 33 enounters with roadside bombs, including 13 hits on his vehicle and three that destroyed the truck he rode in.

He also acknowledged one of the challenges of Mellinger&#8217;s long service in Iraq. &#8220;Army life has never been easy on a family, and that has never been truer than it is today,&#8221; the general said.

Command Sgt. Maj. Marvin L. Hill, 48, of Memphis, Tenn., is replacing Mellinger. He came from the First Army, headquartered in Georgia, where he oversaw the training of Reserve and National Guard units headed for Iraq.

Now, Hill will be able to see firsthand what training works and what needs improvement, he said after the ceremony. He said his job will include patrolling and working side-by-side with soldiers to see what training, equipment and support they need.

He&#8217;ll feed that information to Petraeus. But Hill also will keep an eye on the Guard and Reserve units he worked with in Georgia. He&#8217;ll send suggestions to the First Army commander, Lt. Gen. Russell Honore.

Mellinger is not retiring, but his next assignment has yet to be announced, a military spokesman said Saturday.