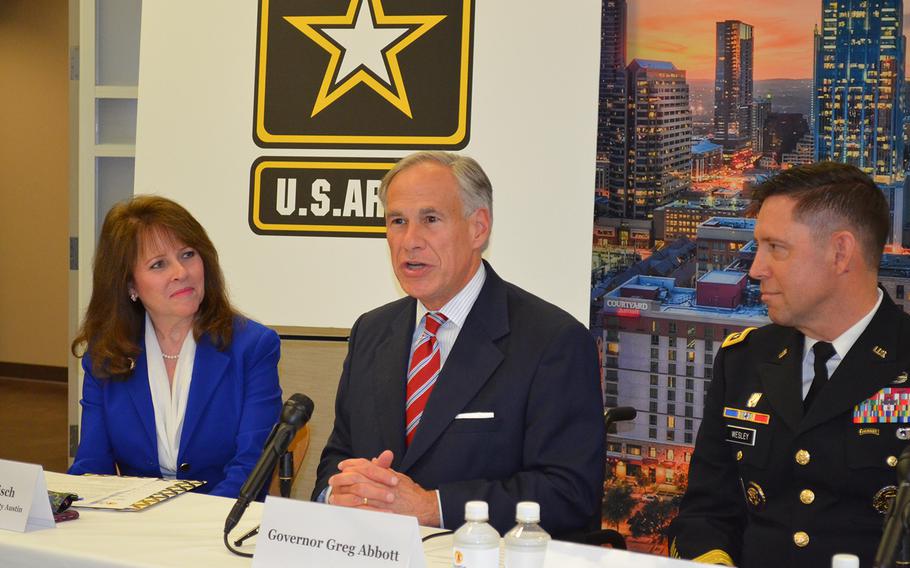 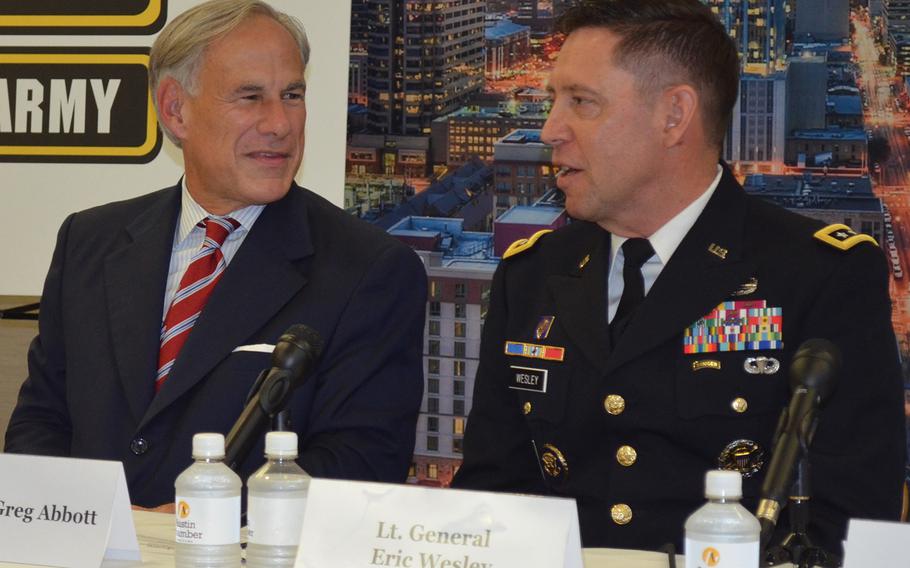 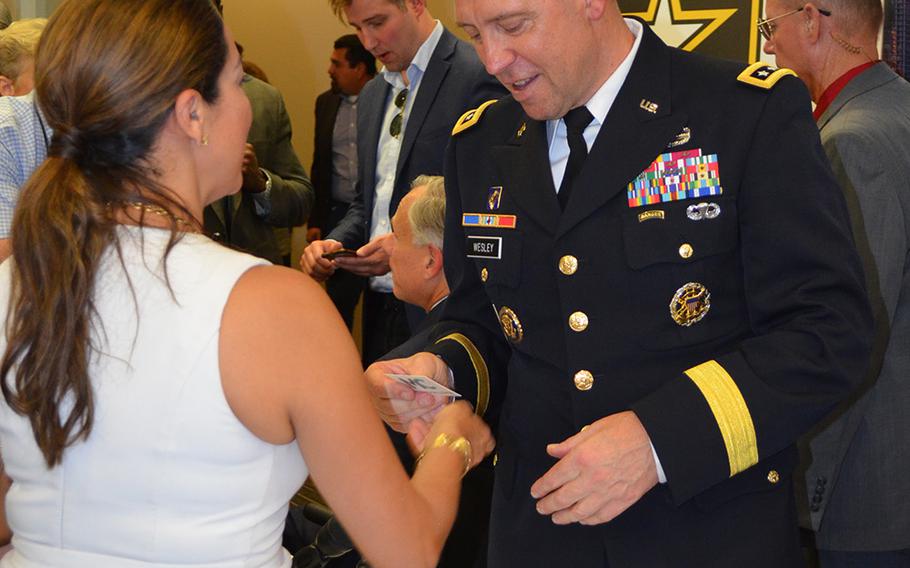 AUSTIN, Texas — The speed at which the Army Futures Command headquarters plans to set up its operations in downtown Austin should reflect the passion behind the project, Lt. Gen. Eric Wesley, integration management officer for the new command, said Friday during a Greater Austin Chamber of Commerce news conference.

He expects the Army to begin moving into new offices within the University of Texas System in a matter of weeks.

“We are the beachhead team,” Wesley said to describe his small group on the ground in Austin beginning to lay the groundwork for the new 500-person command. “We’re doing initial reconnaissance.”

The offices for the command’s headquarters will operate out of provided space within the University of Texas in downtown Austin, according to a Friday announcement from the school system.

The amount of space and number of Army employees expected to work in the office is yet to be determined. The University of Texas school system includes 14 campuses throughout the state.

While the headquarters will be within a University of Texas building, Wesley said the bulk of the command’s mostly civilian workforce will be spread among the educational campuses and technology-driven businesses that attracted the Army to Austin in the first place.

“[Austin] is an ecosystem that would allow us and force us to change,” he said, joking he hopes ideas will generate as Army officials “smash into young kids with laptops hanging out at Starbucks.”

One potential location for a Futures Command team is within Capital Factory, a 10-year-old support community for start-up businesses and entrepreneurs.

“This is a big deal. It’s a big investment in Austin,” said Josh Baer, founder and CEO of Capital Factory. With about 1,000 entrepreneurs working to innovate and launch new ideas every day in its downtown co-working spaces, Capital Factory describes itself as a “center of gravity” for entrepreneurs.

It’s also home to Defense Innovation Unit Experimental and AFWERX, two entities launched within the last two years to spark new ideas within the defense community. AFWERX, part of the Air Force’s efforts to engage with industry and academia, also has locations in Las Vegas and Washington, D.C.

Baer worked with the Austin chamber to showcase the city to the Army and he said he’s also submitted a proposal to house some of the command’s work at Capital Factory near the other two defense programs.

Local entrepreneur Jan Ryan has watched this Army-Austin partnership materialize through her roles as a partner at Capital Factory and as the director of creative entrepreneurship and innovation with the University of Texas at Austin’s College of Fine Arts.

“It’s literally solidifying if you will our position of where tomorrow’s new ideas are hatched and developed,” she said. “It appears to me (the Army) truly wants to get inside the community and embed themselves in what’s going on and then leverage that with some of their own needs.”

Across the UT-Austin campus, encouraging entrepreneurship among students has become a priority, she said. Whether that’s Fine Arts offering courses in design for artificial intelligence or experiential learning opportunities located off-campus and taught with business leaders.

“It’s a different day and these students are very much wanting a multi-disciplinary environment. It’s finding comfort with ambiguity. UT is becoming an entrepreneurial university,” Ryan said. “That’s what attracts these external influential groups like the Army to come here.”

Aside from UT, the housing of the command in Austin puts it in close proximity to Baylor University, Texas A&M University, the Texas Military Forces at Camp Mabry, and one other institution the Army is more familiar with — Fort Hood. Located about 70 miles north of downtown, the local military community is already anticipating what the Futures Command could mean for the Army’s largest armored installation.

Keith Sledd, a retired Army colonel and executive director of the Heart of Texas Defense Alliance, said he definitely sees collaboration ahead. Fort Hood is home to the Army Operational Test Command headquarters, or as he describes it, “the Army’s version of Consumer Reports.” It’s also home to about 40,000 soldiers with a wide variety of skillsets to take a new device into the field and provide feedback.

“I expect Fort Hood will get a little more work,” Sledd said.

When imagining what those new devices or equipment might be, he mentioned ideas for drone technology advancements.

It was all these combined institutions and opportunities that really made Austin shine, said Sledd, who also provided some help to the Austin chamber when pitching the Army.

“They made a decision based on merit and Austin had a lot of great merits,” he said. “It’s the ‘Keep Austin Weird’ vibe, and that’s what they were attracted to — that culture of innovators.”

Wesley said he felt an energy and enthusiasm during each visit to Austin to help the Army achieve its goals.

“People here said, ‘We’re going to show you how to do this’,” he said.