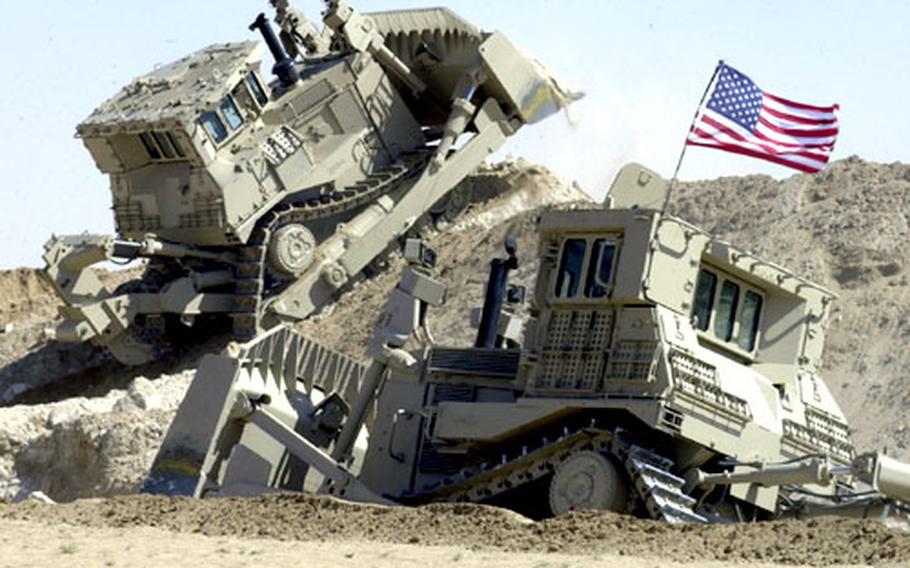 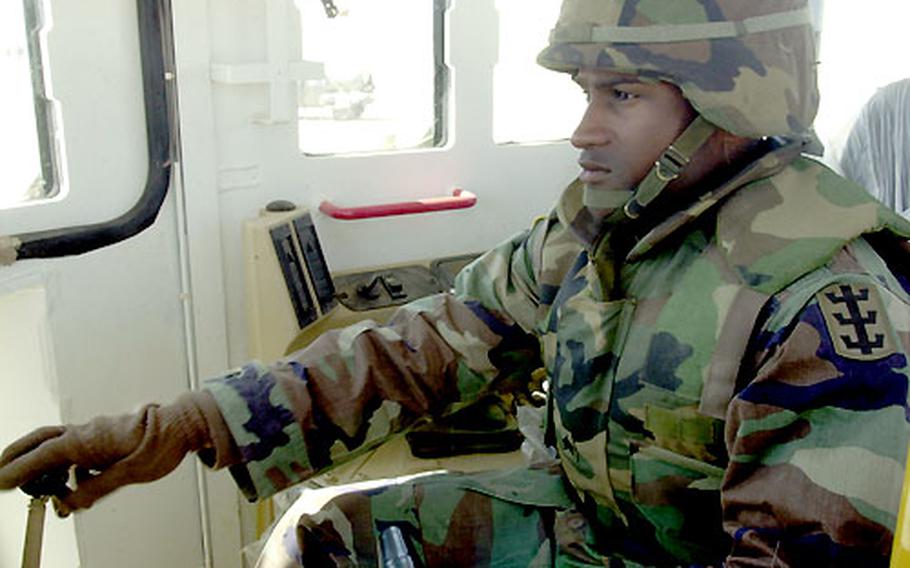 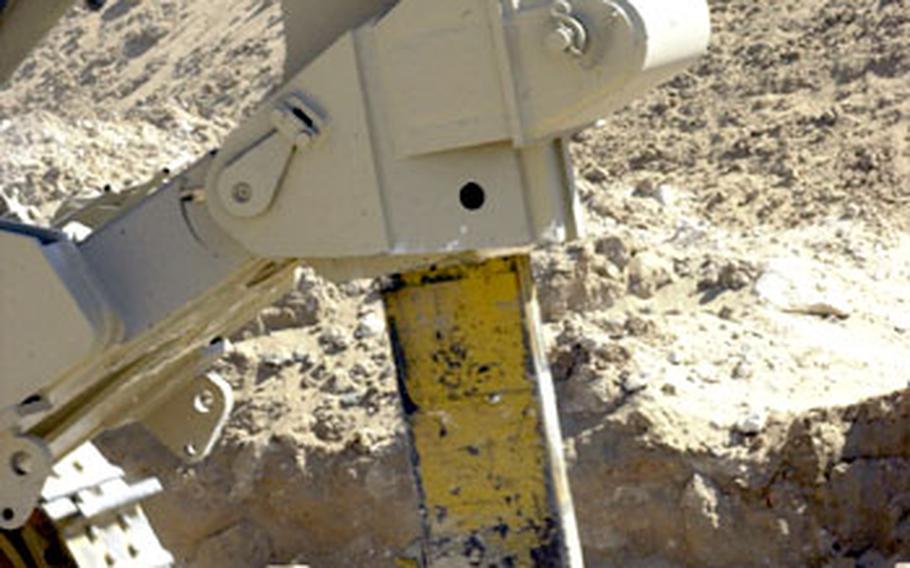 The rear ripper on a D9 dozer digs into the dirt. The clawlike ripper is able to tear through the rock layer, shaking the ground. (Joseph Giordono / S&S) 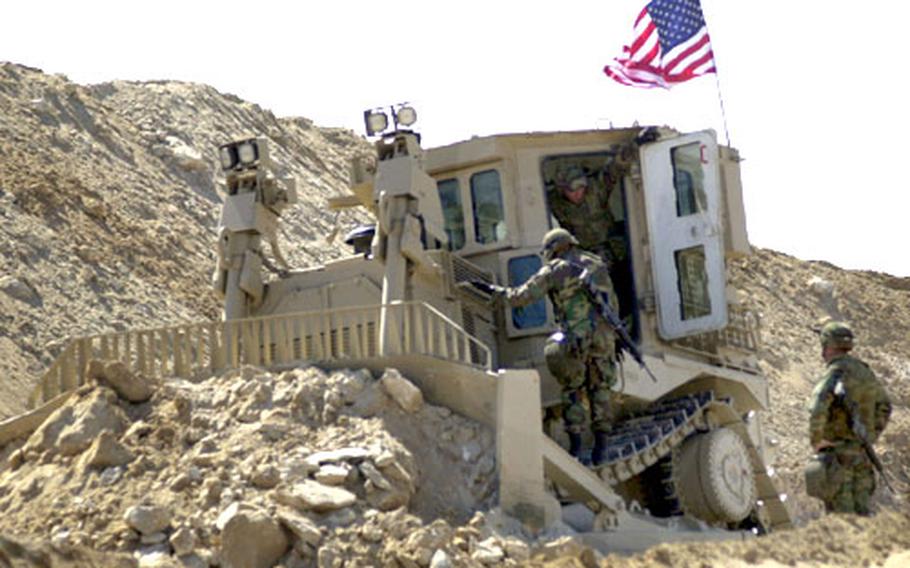 Crewmembers from the 94th Engineer Support Battalion trade places in one of the new 400-horsepower D9 bulldozers. (Joseph Giordono / S&S)

CAMP VIRGINIA, Kuwait &#8212; They were as giddy as kids in a sandbox, testing out the Army&#8217;s newest engineering toy &#8212; if you consider a 62-ton, armored bulldozer a toy and the vast, empty Kuwaiti desert a sandbox.

Members of the 94th Engineer Combat Battalion based in Vilseck, Germany, became the first unit in the Army to push, scrape and rip through the earth with the D9, a 400-horsepower behemoth making its field debut last weekend.

If the unit is called upon to breach obstacles for a U.S. force invading Iraq, the armored, mine-resistant D9 will provide extra power and extra protection.

As Kracht looked on, engineers tested out a half-dozen of the D9s, digging huge gouges in the desert, piling up sand berms and rolling through concertina wire. Farther out in the desert, a group of Marine Corps engineers used the new D9 to practice digging artillery and tank positions.

In all, nine of the dozers arrived in Kuwait late last week. All are currently with the Army units at Camp Virginia, but some could be parceled out to Marines. The D9 eventually will replace the smaller, less-powerful D7 as the main engineering dozer, officials said.

The D9 has already proved more useful than the D7 in Kuwait. A solid layer of limestone sits just a few feet under the desert sand in most places, and the D7 was unable to penetrate the rock. With a giant, clawlike ripper on its rear, the D9 tears right through the rock layer, shaking the ground.

Moses smiled broadly as he manipulated the levers, pedals and joysticks that control the tracks, bulldozer scoop and rear ripper.

The blade itself is more than 14 feet long and 7 feet tall; the entire machine is about 20 feet tall and 25 feet long. Because of its larger blade and increased horsepower, the D9 can do double the amount of work as the D7 in the same amount of time, Moses said.

The hulking dozer offers comfort and safety: The air-conditioned, two-man cab is also encased in armor plating and is fitted with glass that has held up against .50-caliber rounds in testing.

Engineers can also fit the cabs with their own heavy machine guns or M-19 grenade launchers. Those capabilities had not yet been tested in the field, troops from the 94th Engineers said.

Each D9 has a crew of two &#8212; an operator and a track commander, who acts as both a lookout and a gunner, if necessary.

The dozers cost about $1 million each and are specially manufactured by the Caterpillar Co. in Peoria, Ill.

&#8220;Operationally, it&#8217;s not that much different,&#8221; said Sgt. First Class Carl Foreman, a trainer from the Department of Training and Development at Fort Leonard Wood, Mo.

Foreman has been working with the D9s for two months, and is anxious to see how they perform in real field situations.

&#8220;The biggest thing right now is familiarization and preventive maintenance. That is pretty difficult with all the dust around here.&#8221;