Army’s IMCOM takes over base support at Romania, Bulgaria posts 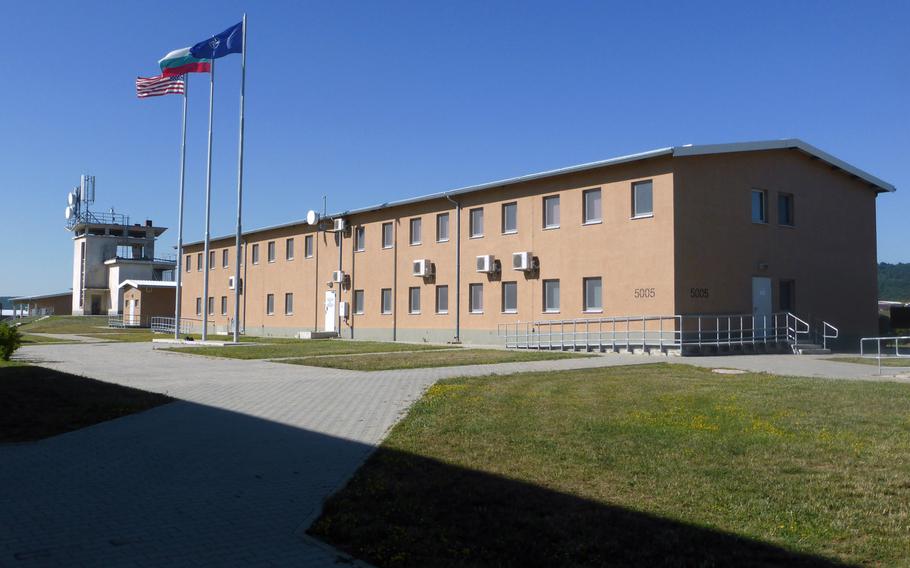 Buy Photo
American, Bulgarian and NATO flags fly over the U.S. headquarters building at the Novo Selo Training Area, Bulgaria, in June 2015. The Army's Installation Management Command-Europe is taking over U.S. base operations at training sites in Bulgaria and Romania, adding about 49 jobs. (Michael Abrams/Stars and Stripes)

STUTTGART, Germany — The U.S. Army is deploying staff to take over U.S. base operations in Romania and Bulgaria, where a growing military mission is increasing demands for everything from security support to postal services.

Installation Management Command-Europe will add 49 jobs to camps at Novo Selo Training Area in Bulgaria and Mihail Kogalniceanu Air Base in Romania, where a lieutenant colonel is set to serve as a deputy garrison manager. A sergeant major also will be forward stationed.

“We think we can get in there and we can provide a service to U.S. Army Europe and quite frankly free them to focus on their core competencies, which are, preparing formations and ... to assure allies and deter enemies,” said Michael D. Formica, region director for IMCOM-E.

While the bases in Romania and Bulgaria are owned and operated by the host nations, both camps have emerged as hubs for U.S. military training missions and as focal points for regional power projection.

In the year ahead, the U.S. is expected to rotate larger formations through the training sites as part of the European Reassurance Initiative, which is focused on enhancing the military’s presence in eastern Europe. In 2017, the U.S. Army will continuously rotate a heavy brigade to Europe, with battalions expected to maneuver around Europe’s eastern flank.

More troops means a demand for services, but they will be limited.

“We have a philosophy — Spartan plus wifi,” Formica said. “We’re not building little Americas inside those camps. We’re going to make sure we have those essentials covered.”

The Army’s garrison in Ansbach, Germany, will have command oversight of the staff in Romania and Bulgaria.

For now, IMCOM-E is in the recruiting phase. It already has some personnel in place and expects to be fully staffed over the next several months.

The mission is expected to last 18 to 24 months, though that could be extended, IMCOM-E said.

For civilian staff, the jobs will be unaccompanied, but will include housing allowances for living off post. Workers can still bring spouses if they choose, although they will not have types of support services that go with typical accompanied tours.

The jobs in Bulgaria and Romania offer a chance to get experience in a more rugged environment than posts in other parts of Europe, Formica said.

“This is a good opportunity for an individual inside IMCOM to broaden themselves and make them more competitive for advancement.”