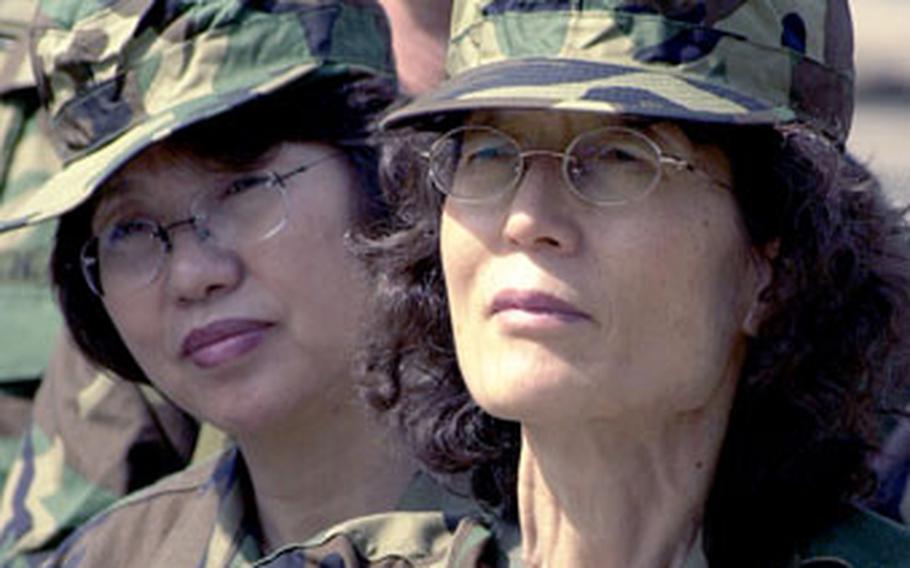 Civilian employees, decked out in camouflage uniforms, listen to a training session in Seoul on Tuesday. (T.D. Flack / S&S)

Civilian employees, decked out in camouflage uniforms, listen to a training session in Seoul on Tuesday. (T.D. Flack / S&S) 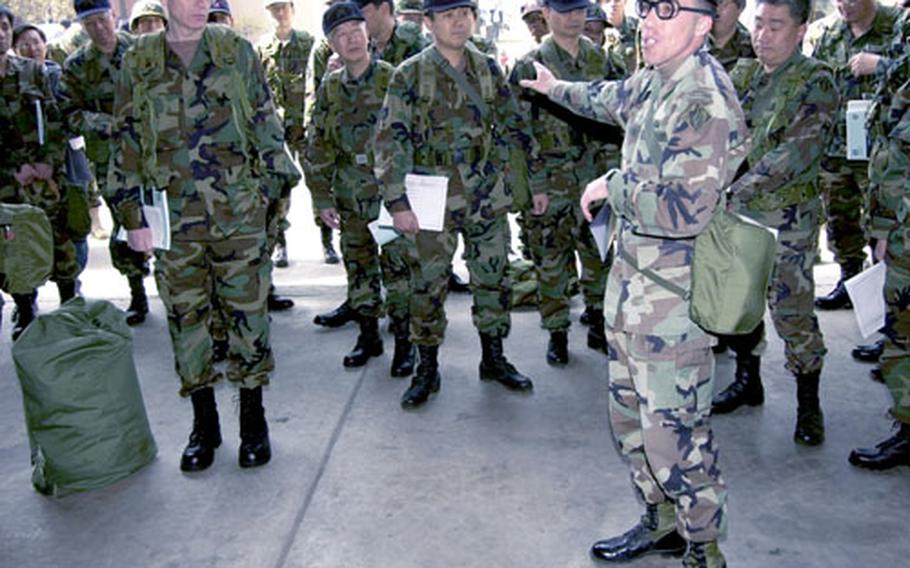 SEOUL &#8212; More than 100 U.S. Army Corps of Engineers civilian employees traded their casual office-wear for camouflage uniforms and helmets Tuesday during a biannual training session at the Far East District Compound in Seoul.

A group of 108 American and South Korean employees &#8212; considered emergency-essential and mission-essential civilians &#8212; moved through a series of training stations focusing on skills they would need if they found themselves in a combat environment.

Instructors for the day included officers and noncommissioned officers who work with their civilian counterparts across the Korean peninsula.

Maj. Sam Volkman, who works with the Corps at Osan Air Base, South Korea, welcomed the group and gave them a quick briefing before instructing them to &#8220;fall out&#8221; in a loose formation outside a truck bay.

The employees were divided into 20-person groups and sent to the various stations, where they studied the correct way to wear gas masks and the uniform, and first aid, among other topics.