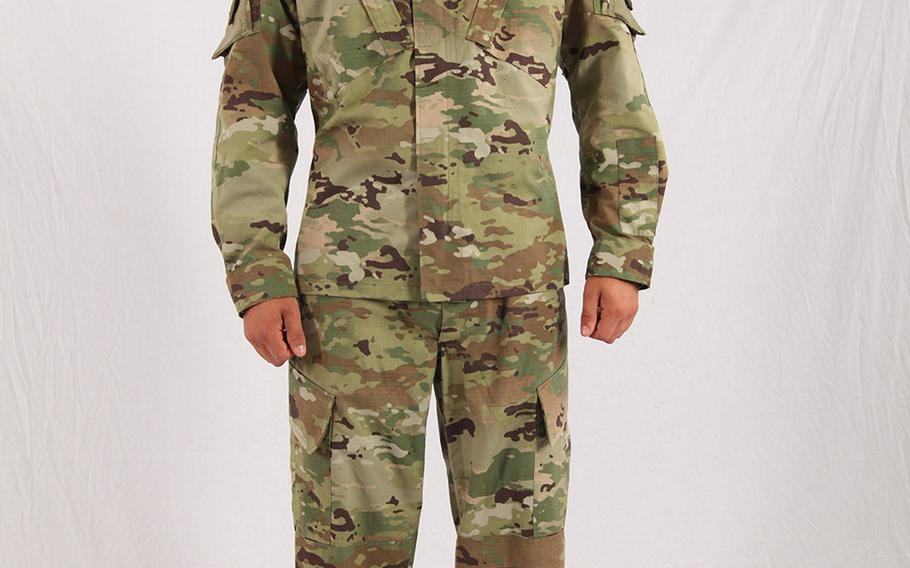 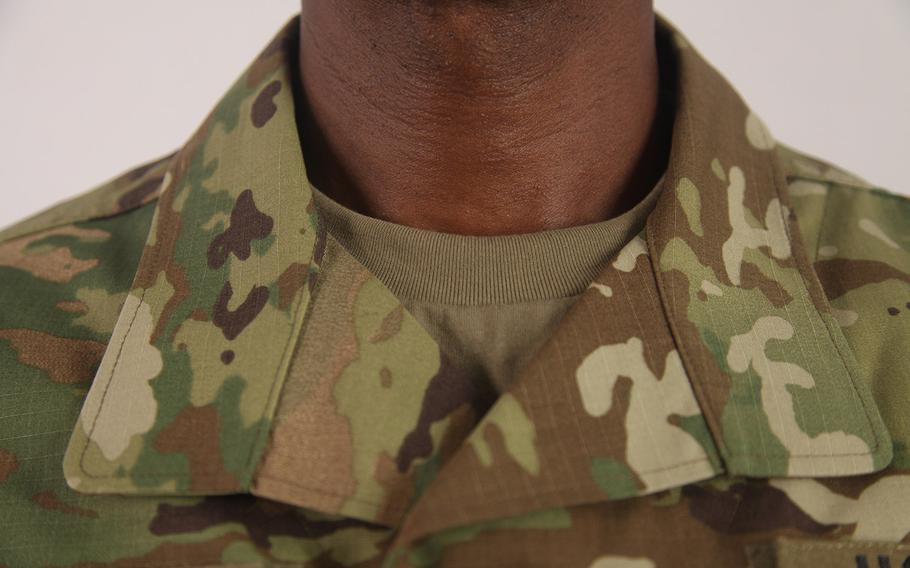 The new ACU has a fold down collar design. (PEO Soldier)

The hook and loop has been replaced by a button on the lower leg pocket flap. (PEO Soldier) 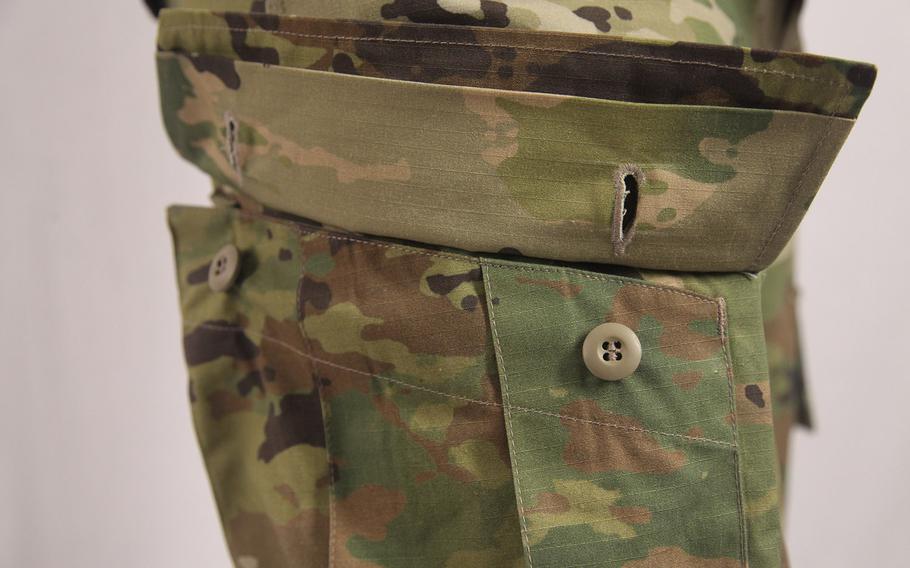 The cord and barrel lock has been removed from the cargo pockets on the leg. (PEO Soldier) The hook and loop closure has been removed from the upper sleeve pocket in favor of a zipper. (PEO Soldier)

Starting July 1, the Army’s new camo look will be anything but uniform.

New combat uniforms with nine design changes, including less Velcro, will start appearing in military exchanges, but the old camo pattern will live on during a four-year, money-saving transitional phase.

The “Operational Camouflage Pattern,” or OCP, that rolls out in a few weeks is in many ways similar to the MultiCam pattern worn for the last half decade or so in Afghanistan. Mostly, the OCP looks like a slightly less subtle and greener variant of that tried-and-true design.

During the transition period — from July 1, 2015, to Sept. 30, 2019, — soldiers will be able to continue wearing the old sand-colored belts, T-shirts and combat boots with the new uniform.

The new accessories have been changed to a deeper tan and coyote brown.

Other changes include redesigned shoulder sleeve pockets with a zipper opening, no trouser drawstring, a button on the lower calf pocket, two pen pockets on the sleeve instead of three, and the elimination of the elbow and knee patch hook and loop. Internal elbow and knee patches will be removed.

Soldiers will not be required to immediately purchase the new uniforms — which will be rolled out to stores from July to November — but Sgt. Maj. of the Army Daniel A. Dailey urged enlisted soldiers to plan to purchase new uniforms with their annual clothing allowance.

“I myself will wait until I am issued my clothing allowance before purchasing a uniform with the Operational Camouflage Pattern,” Dailey said in a news release. “I encourage all soldiers and leaders to do the same by budgeting for a new uniform, belt, boots, and T-shirts as you receive your clothing allowance over the next 2-3 years.”

The cost of the new uniform will be similar to the current Universal Camouflage Pattern, which run $91.70 for a hat, blouse and trousers.

The new uniforms will be standard issue for new soldiers starting in January, the Army said.

If the OCP design looks suspiciously familiar, that’s because it is. Long story short, the Army has owned the pattern since 2002 and famously rejected it in favor of the “Universal Combat Pattern.”

Crye Precision, the company that developed the original version of the OCP for the Army back in 2002, tweaked and improved the design after the Army rejected it and came up with MultiCam, which the Army later chose when it needed an actual camouflage to conceal its personnel in Afghanistan.