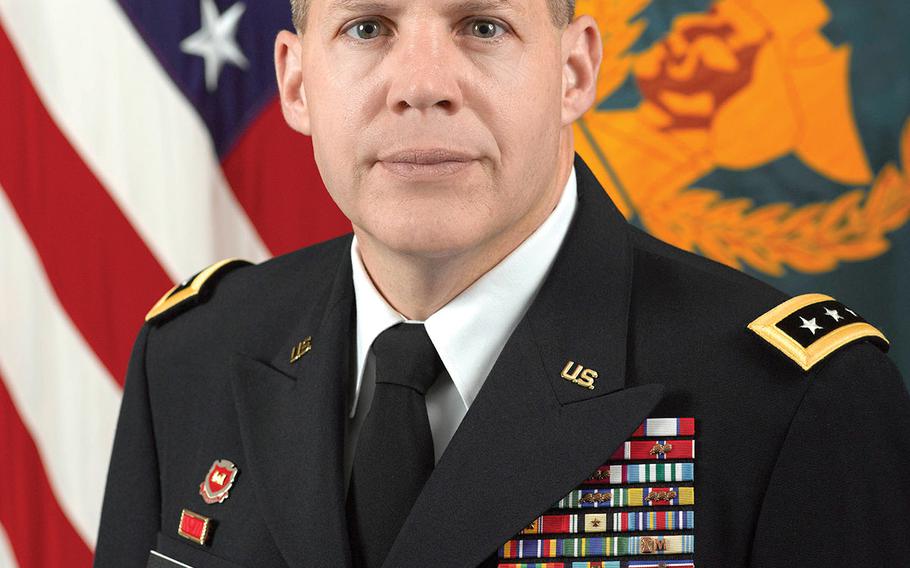 RAMSTEIN AIR BASE, Germany — It’s not likely that the end of U.S. military operations in Afghanistan, where the Army Reserve has been heavily involved since 2001, will mean an abrupt halt to overseas deployments and training for the nation’s more than 200,000 citizen-soldiers.

Army reservists should increasingly get the opportunity to train and work in Africa, Europe and elsewhere abroad, where the demand for their unique skills is on the rise, particularly in the wake of shrinking budgets and an Army drawdown, said Lt. Gen. Jeffrey Talley, chief of the Army Reserve.

“The question is, ‘How do you keep the Army Reserve de facto part of the operating force?’ ” he said.

In Europe, reservists may be called upon more often to compensate for the loss of two Army combat brigades — a reduction aligned with the Pentagon’s focus on the Pacific theater and an effort to maintain a presence in the Middle East. The cuts in Europe come as the Pentagon is extending its reach in Africa to counter the growing Islamist threat there.

Talley, 54, who has a doctorate in civil and environmental engineering from Carnegie Mellon University, assumed his current job in June 2012. He sees an expanding noncombat role for his soldiers in both regions.

“We mobilize and deploy you just like we would to Afghanistan, but the difference is you’re doing specific missions that are noncombat in the EUCOM or the AFRICOM” area of responsibility, he said in an interview. Those include building roads, running medical clinics, carrying out clean water projects or working with allies.

“It’s going to focus more on those enabling skills,” he said in the interview last week.

Most of the “enabling” specialties — functions that support Army operations such as finance, personnel, medical, engineering and civil affairs — are primarily found in the Reserve.

While the Army leaned heavily on those capabilities during the wars in Iraq and Afghanistan, the same skills can also assist the Army’s “prevent and shape” efforts, aimed at avoiding war and critical in countries such as Africa, Talley said.

Small teams of reservists “come in for three or four weeks or maybe three or four months for a specific mission that could help the population and help support some of the requirements of the command as well as the State Department,” he said. “To be frank, the force that’s best capable of supporting that is the Army Reserve.”

Balancing an increasing demand for reservists with limited resources is prompting Talley to rethink how the Reserve supports the total force, he said.

A new Reserve initiative, “Plan, Prepare, Provide,” is aimed at ensuring Reserve soldiers are continually ready and accessible to the active component.

Army Reserve engagement cells and teams worldwide are standing up as part of the Reserve’s contribution to the Army’s regionally aligned forces effort. Led by a one-star general, the cells would consist of small teams from the Reserve’s various areas of expertise that would help commanders plan and assess how the Reserve could better support them, Talley said.

Talley also hopes to leverage private-sector money to train soldiers. Through the Private-Public Partnership Initiative, the Reserve is lining up companies interested in doing projects overseas with Reserve manpower.

Continuing to ensure reservists are being used in real-world capacity “is good for recruiting and retention,” Talley said. “There’s nothing more frustrating than getting trained and being ready to go and then not being used.”