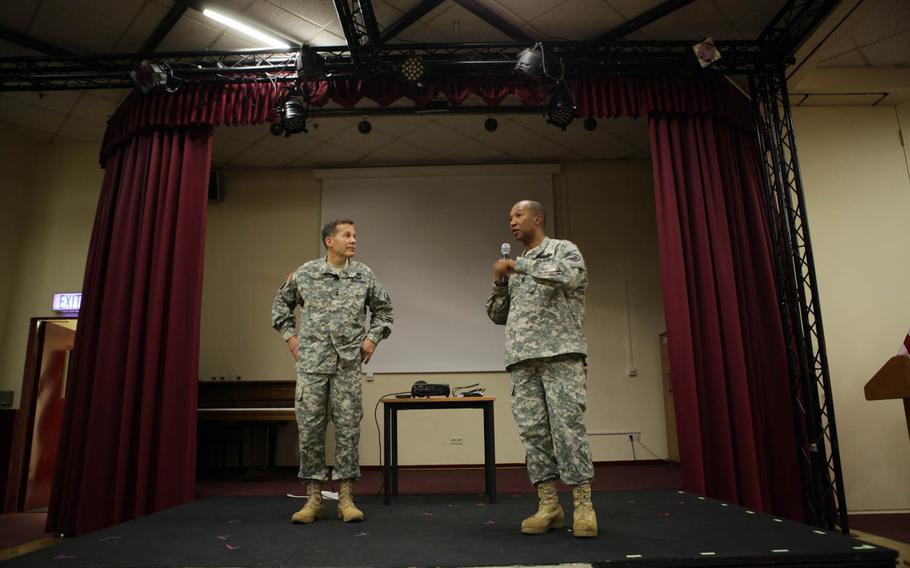 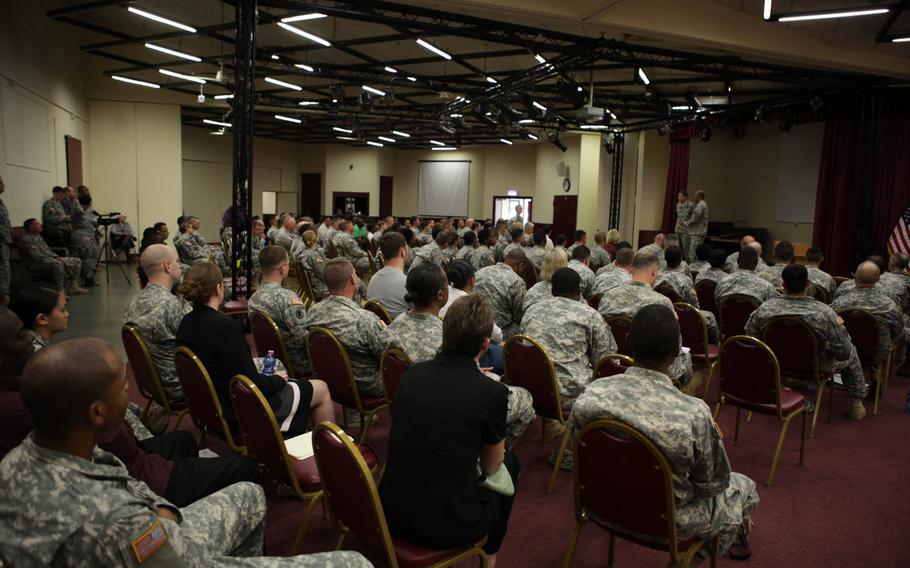 The Army Reserve is poised to add hundreds of positions overseas as it rebalances from the effects of budget and personnel cuts, the component’s top general said Tuesday.

The moves come in response to a massive restructuring of the Army, National Guard and Reserve that are shrinking the force to a size not seen since before World War II.

Lt. Gen. Jeffrey Talley said the Reserve is adding about a dozen full-time personnel at every Army service component command, including U.S. Armies Europe and Pacific, which will give overseas commands easier access to stateside reserves. Those will be backed up by as many as 50 traditional reservists.

The addition of the overseas positions will come at the expense of units in the U.S., Talley said after a town hall meeting with reserve soldiers in Kaiserslautern, Germany.

“To be frank, there’s going to be some winners and some losers,” Talley said. “The losers will be units that really haven’t been utilized for 13, 14 years of war,” or units that aren’t part of the Reserve’s operational functional commands.

One of the biggest winners, meanwhile, will be the Germany-based 7th Civil Support Command. The Reserve is looking at adding about 350 new positions to the 7th CSC to provide more backup to USAREUR, which has been whittled to less than 30,000 active duty soldiers at a time of heightened tensions and operations in Eastern Europe.

“The types of units they need is exactly what I’ve got,” Talley said. He said the Reserve is looking to add engineering and military police capabilities, as well as possibly a cyber detachment and a sustainment battalion.

Because most of the positions will be traditional reserve slots filled by men and women who have full-time jobs outside of the military, his command is studying just how many additional positions can be supported.

“The biggest challenge, as I told their commander, is not going to be whether I can approve or adjust the force structure. It’s going to be, can you sustain it?” Talley said.

That has been a concern, but after years of failing to fill its ranks to the level authorized by Congress, the Reserve is close to meeting its end strength objective of 202,000 personnel.

Talley said they are “knocking on the door of 199,000,” thanks in large part to sinking attrition. Also bolstering the number is a jump in the number of active duty soldiers transitioning to the reserve after leaving the active force; about three of every four the Reserve approaches sign up, Talley said.

Command Sgt. Maj. Luther Thomas, the Army Reserve’s top enlisted, said that although they haven’t met their end strength objective yet, they don’t want to rush it by putting quantity before quality.

“There’s a false perception that some folks believe that we’re retaining folks just to retain folks to keep our end strength up,” Thomas said.

Talley said he heard the remark at a town hall at Fort Hood.

“I was somewhat surprised to hear that, because that’s counter to everything I’ve said in private or public for my entire Army career,” Talley said. “So the bottom line is, I’ll kick my grandmother out of the Army if she doesn’t meet the standard.”