Army reserve officer among the dead in Orlando shooting 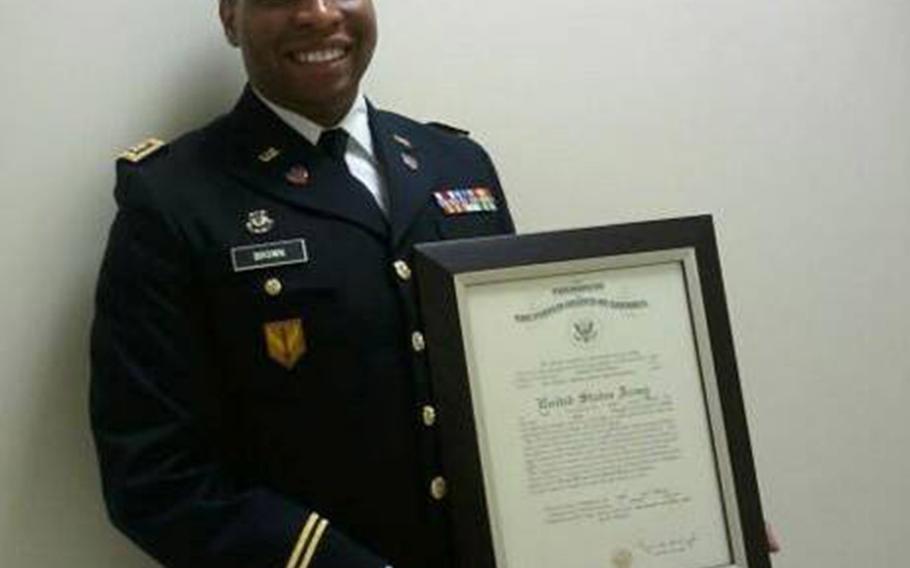 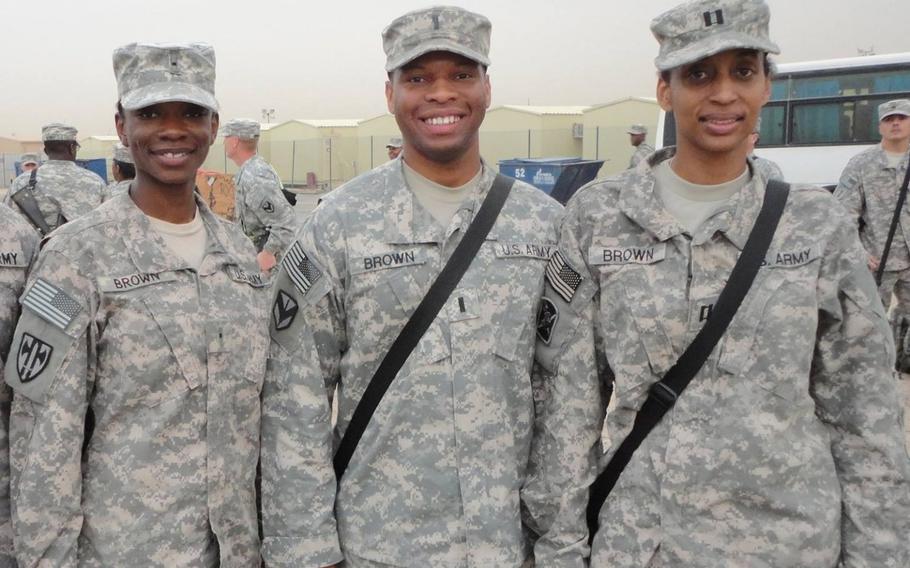 SAN ANTONIO — Capt. Antonio Brown earned his commission as an Army officer before he earned the right to be openly gay.

Brown was the kind of person to put the mission and others first, said Dana White, 30, who trained with Brown as a cadet at Florida A&M University. That meant the constant pressure of facing expulsion from the military for his orientation mattered less than helping train the cadets around him, including White.

“It was one of those things where we all knew [his sexuality], but we all respected him,” she told Stars and Stripes on Tuesday. “He worked really hard and he served honorably.”

Brown, 29, was one of 49 people killed in Orlando over the weekend, the largest mass shooting in U.S. history. The Pentagon confirmed his military service on Monday.

More than 50 others were wounded when Omar Mateen, 29, after pledging allegiance to the Islamic State group, opened fire in Pulse, a popular nightclub. Mateen wielded a Sig Sauer MCX rifle and two handguns, according to local police officials.

Imran Yousuf, 24, an Afghanistan veteran and bouncer at the bar, acted quickly to open a door to allow others to flee, according to CBS News. His friends, many of them fellow Marines, offered support and gratitude on Facebook.

“A marine brother and a good friend of mine,” said Stacey Smith. “Just got out of the Marine Corps recently and still risking his life for others. Love ya Bro. You inspire me Imran Yousuf.”

Yousuf, who did not immediately respond to requests for an interview, wrote on his Facebook page that he’s been getting calls from people who said they were alive because he was able to get to the door in time.

“I wish I could have saved more to be honest,” he told CBS News. “There are a lot of people that are dead.”

Brown was commissioned in 2008 as a human resources officer in the adjutant general corps, three years before President Barack Obama's repeal of Don’t Ask, Don’t Tell. The policy forbade gays and lesbians from revealing their sexual orientation. Brown later deployed to Kuwait in support of Operation Iraqi Freedom/New Dawn in 2010.

At the time of his death, Brown was assigned to a combat support battalion in St. Louis, according to Army records released by Pentagon officials.

White and others took to social media on Monday to send condolences and offer support to the soldiers and veterans who knew him.

“His soldiers trusted him,” Lt. Col. Ric Brown, 48, told Stars and Stripes. “They were comfortable around him. Some officers are standoffish, but he was a good leader. He didn’t say ‘go do’— he would do.”

Lt. Col. Brown, now the deputy garrison chaplain at Fort Drum, N.Y., was friendly with Capt. Brown and two other soldiers in the unit who shared the surname — a group of four Browns now down to a trio.

“We often joked about upholding the family name. Antonio was seen as the younger brother of us in that aspect,” he said. “In my time I’ve lost almost 20 of my men. When you make a connection with a last name, you think there’s shared family down the line.”

White offered a glimpse into Brown’s selflessness. She recounted a story of a bout with flu during finals while she was without health insurance. She passed out in class. Brown and another cadet got her to his car and drove her more than four hours to Fort Stewart, Ga., for treatment.

Now she has taken on the burden of making certain her friends and fellow cadets know he was killed in the shooting.

“We all feel the same way. He was one of us. It didn’t matter if he was gay. All he ever wanted to do was be a good soldier,” White said. “He was too good of a person to die like that.”

Since he heard about Brown’s killing, Lt. Col. Brown said he has been forced to manage three sides of himself: the soldier who understands the reality of death and hardship, the chaplain who must provide comfort and the friend of a fellow soldier gone too soon.

“How do you deal with that? And the answer is you feel the grief, and feel the emotions to be able to go forward,” he said. “He’s done a combat deployment in the past. And when he’s home enjoying a weekend, to be killed at home by the things he went around the world trying to prevent is a tragedy.”

Stars and Stripes reporter Dianna Cahn contributed to this story.