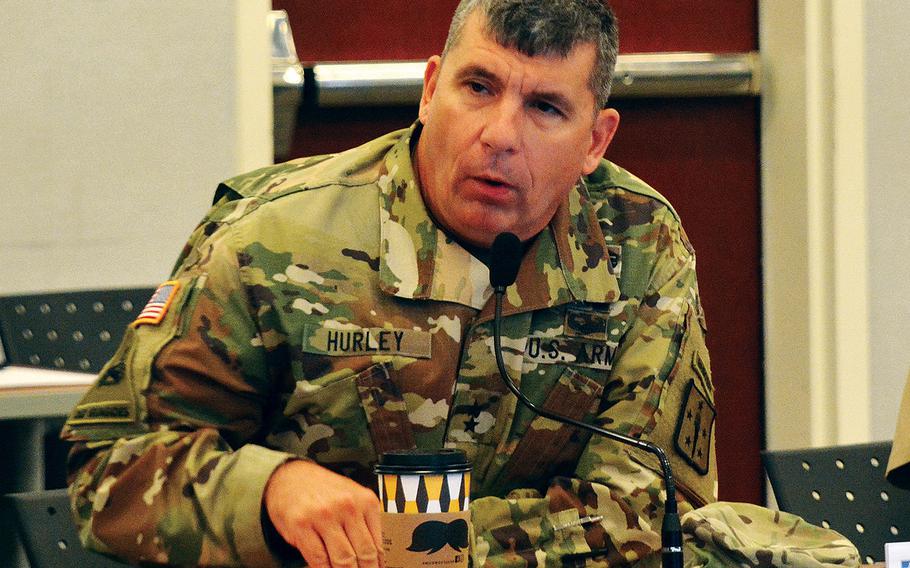 WASHINGTON — The general in charge of training for the Army’s sustainment and logistics programs has been relieved of duty and is the subject of an official investigation, defense officials said Thursday.

Maj. Gen. Paul C. Hurley was fired as the commander of Fort Lee in Virginia by Gen. Stephen Townsend, the commander of Army Training and Doctrine Command, due to a “loss of confidence in his ability to effectively command,” Army Col. Michael Indovina, a TRADOC spokesman, said in a prepared statement. Hurley was also dismissed as commander of the Army’s Combined Arms Support Command.

Army Brig. Gen. Douglas McBride Jr. has temporarily replaced Hurley to lead the command, Indovina said. McBride has been serving as the commandant of the Quartermaster School at Fort Lee.

Hurley took command of the Combined Arms Support Command and Fort Lee in May 2017. He was commissioned into the Army in 1986 and has served deployments to Iraq in support of Operation Desert Storm and Operation Iraqi Freedom.