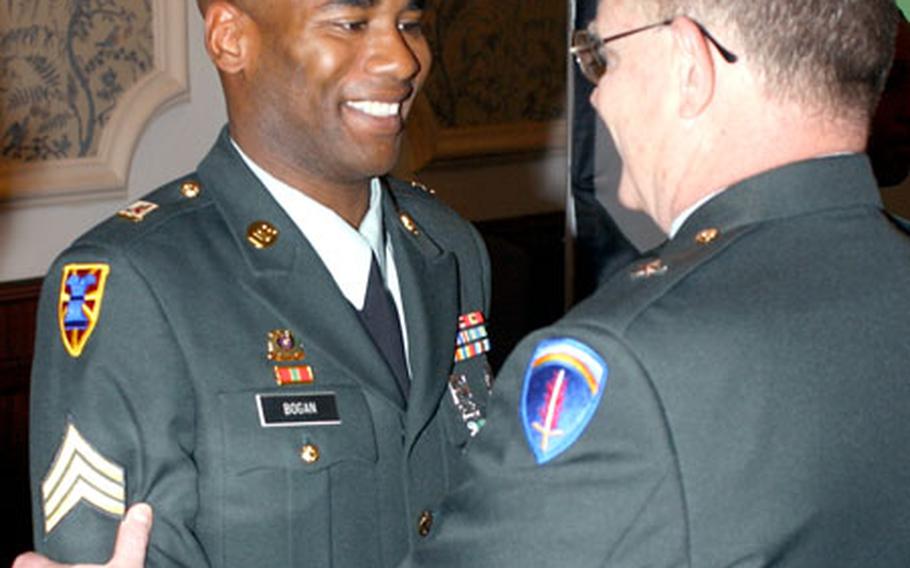 The Army recently recognized its best food service in Europe at a ceremony in Heidelberg, Germany.

The ceremony at Patrick Henry Village was hosted by U.S. Army Europe and the Installation Management Agency-Europe.

IMA-E and USAREUR Phillip A. Connelly Award winners for 2004: