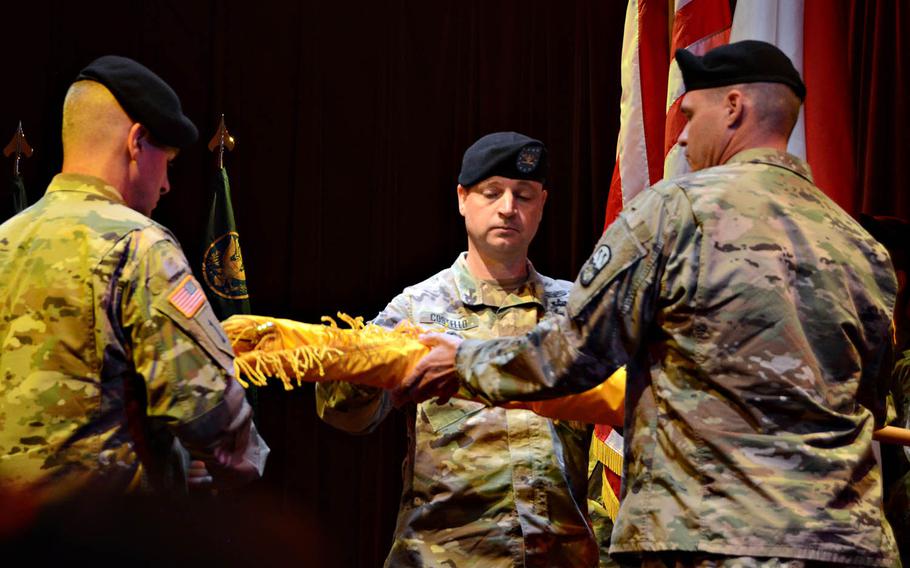 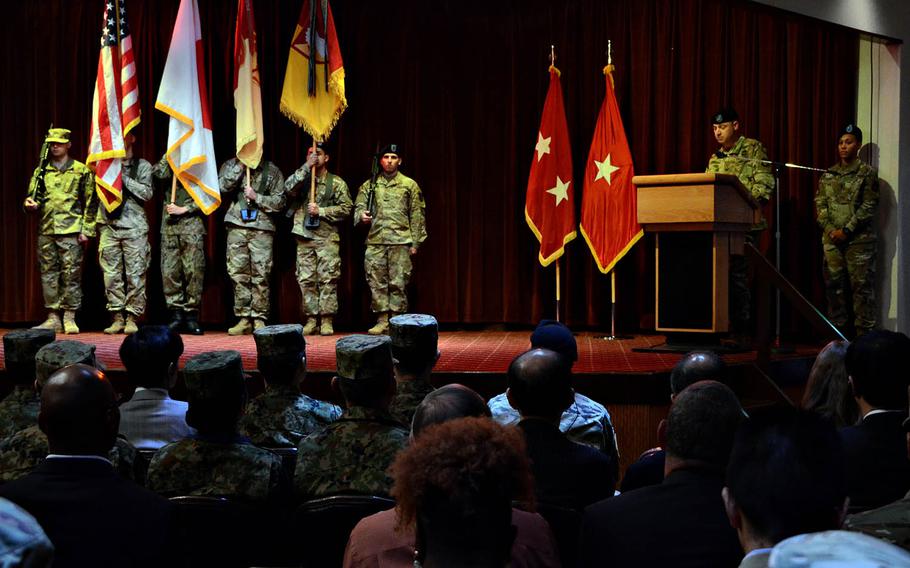 CAMP ZAMA, Japan — The Army has reactivated a brigade to oversee missile-defense units on mainland Japan, Okinawa and Guam.

The 38th Air Defense Artillery Brigade was reactivated in a brief ceremony Wednesday at Camp Zama, headquarters of U.S. Army Japan in Kanagawa prefecture near Tokyo.

The brigade, based at Sagami General Depot, about 25 miles west of the Japanese capital, will oversee the 1st Battalion, 1st Air Defense Regiment at Kadena Air Base, Okinawa, as well as the 10th and 14th Missile Defense Batteries on mainland Japan and a Terminal High Altitude Area Defense, or THAAD, battery on Guam.

The unit, which will include about 115 personnel at full strength, is purely a headquarters unit, said U.S. Army Japan spokesman Kevin Krejcarek.

“It’s just personnel. There won’t be any missile batteries at Sagami,” he told Stars and Stripes ahead of Wednesday’s ceremony as protestors gathered outside Zama’s main gate.

The move toward greater oversight of the region’s air- and missile-defense units comes more than a year after North Korean test launches sent missiles through Japanese airspace.

Since the latest North Korean missile test in November 2017, relations between the two Koreas have reached an unprecedented détente, with an agreement to remove minefields and dismantle 22 outposts along the Korean Demilitarized Zone by the end of November.

Conversely, China’s “attempts to change the status quo [in the Asia-Pacific] by coercion,” according to Japan’s 2018 Defense White Paper, are of grave concern to Japan’s Defense Ministry.

However, Krejcarek said the unit’s activation wasn’t in response to North Korean or Chinese actions.

“This activation isn’t a response to any outside event,” he said.

Jiji Press reported Monday that Japan’s Defense Ministry had notified Sagamihara City, which surrounds Sagami Depot, of the planned stationing. Local government officials quoted by the agency complained about the suddenness of the move and lack of consultation.

“It’s questionable that such a command will be set up at the Sagami General Depot, which is in charge of logistics for the U.S. Army,” the official said, according to Jiji.

The command will promote “quick reaction capability” and help strengthen the deterrent power and coping abilities of the Japan-U.S. alliance, a Defense Ministry official said, according to the agency.