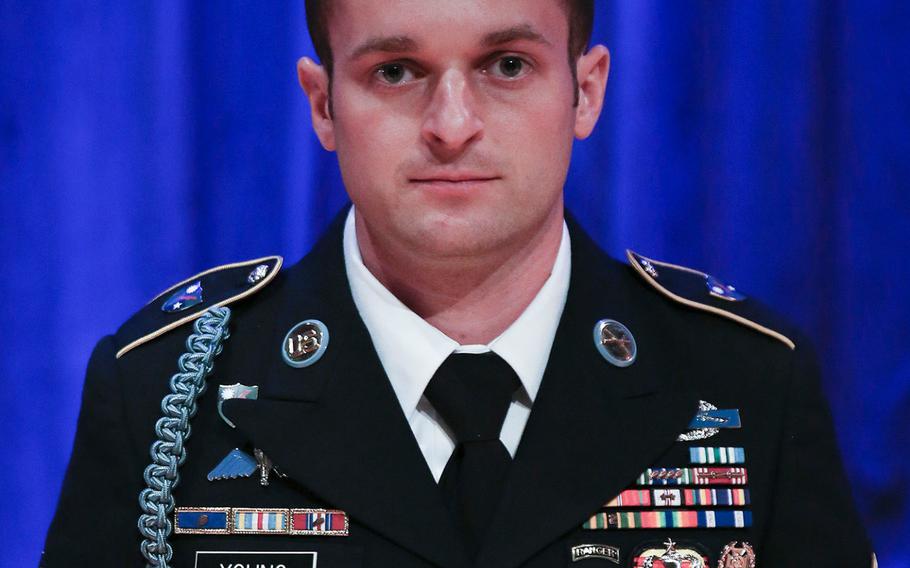 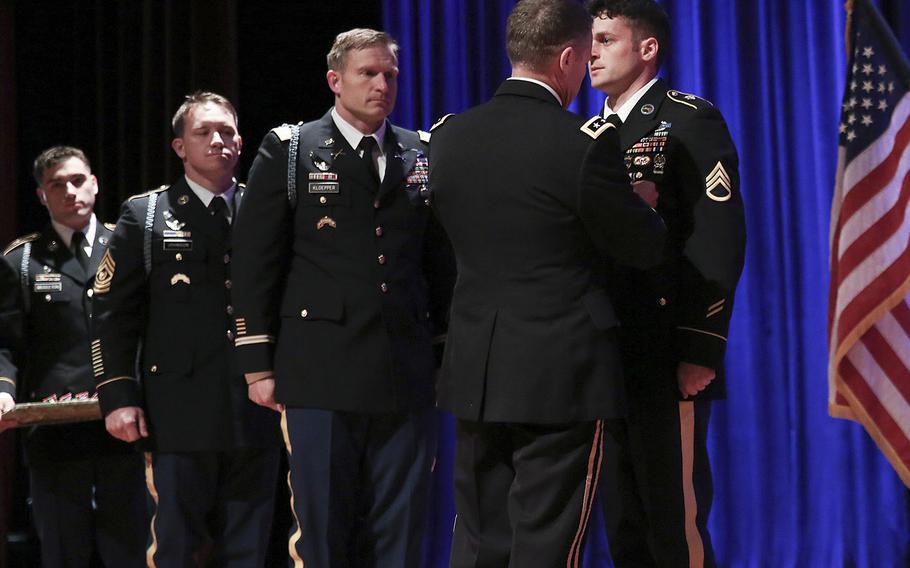 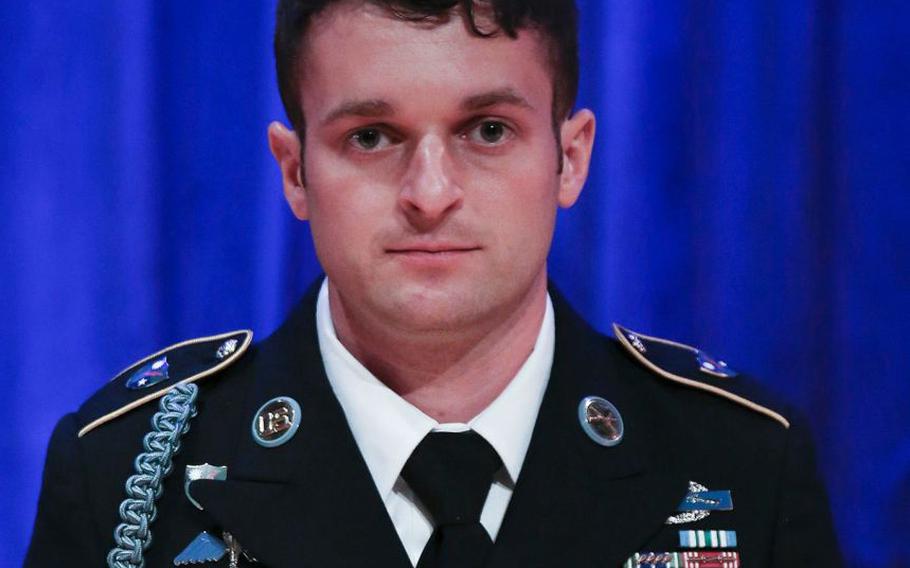 WASHINGTON – The gun fire was intense from the moment the helicopters carrying a force of Army Rangers and Afghan commandos landed at the raid target.

Within moments, the battle left two soldiers mortally wounded. Staff Sgt. Michael Young needed to coordinate attacks against the Islamic State fighters to eliminate them, so he moved himself to higher ground to locate the enemy’s fortifications. Eventually, Young pushed forward through a field of fire and also secured a landing zone for a helicopter to evacuate the wounded soldiers.

On Friday, Young was awarded the Silver Star, the nation’s third highest honor for battlefield valor, during a ceremony at Fort Benning in Georgia for his actions on April 27, 2017 during that mission in Afghanistan’s Nangarhar province. Throughout the fight, the noncommissioned officer displayed an “extraordinary ability to maintain composure in a terrifyingly chaotic situation,” his award citation reads.

Young, 28, was ultimately credited with saving the lives of 22 Rangers, according to the citation.

It’s an award that Young, a member of elite 3rd Battalion, 75th Ranger Regiment, never anticipated receiving, he told Stars and Stripes on Friday following the ceremony. But the honor served to validate the importance of that mission and the sacrifices made by Sgts. Joshua P. Rodgers and Cameron H. Thomas, who were killed during the operation.

“My actions were not at all done alone that day,” Young said. “Any leader in this organization would have conducted themselves in the same manner in the situation. Start to finish, every Ranger on the ground that night – they may not have been formally recognized – they know, and I know their contributions to that mission were monumental in ensuring success and making sure we got our guys home.”

He described Rodgers and Thomas as “heroes,” struggling to find the words to describe the fallen Rangers who he’d known for years.

“Sgt. Rodgers and Sgt. Thomas were – like every other member of this organization – they were … testament and memory to what it means to be a lethal and dedicated fighting force in defense of the United States,” he said.

Young was a Ranger weapons squad leader with the raid force of some 50 Rangers and 40 Afghan commandos during the nighttime operation on an ISIS headquarters compound to kill or capture a senior leader of the militant group’s Afghan affiliate. The secretive raid force killed Afghan Emir Abdul Hasib, who had been responsible for command and control of ISIS forces in Afghanistan and had ties to the terrorist organization’s parent group in Iraq and Syria, Pentagon officials said last year.

Some 35 additional ISIS fighters were killed during the fight, they said.

Young downplayed his role in the battle, crediting his Ranger training with instilling the instincts to do what was necessary to ensure the success of the operation.

“To be honest, I felt like just a Ranger leader, just another member of this organization at the time,” he said. “The only real thoughts that went through our minds [when the firefight started] were to destroy the enemy.”

Young enlisted in the Army in 2011 and has spent his entire career with the 3rd Ranger Battalion. He has served five deployments to Afghanistan.

He credited the support for the military in his hometown of Savannah, Ga. for his desire to join the Army.

Young said he idolized the Army Rangers as a young man, with 1st Battalion, 75th Ranger Regiment stationed at Savannah’s Hunter Army Airfield. He aimed to join their ranks one day.

“The community is very involved with the military and with the Ranger battalion there,” Young said. “Growing up in that environment, it’s not too hard to find a group of people to look up to.”